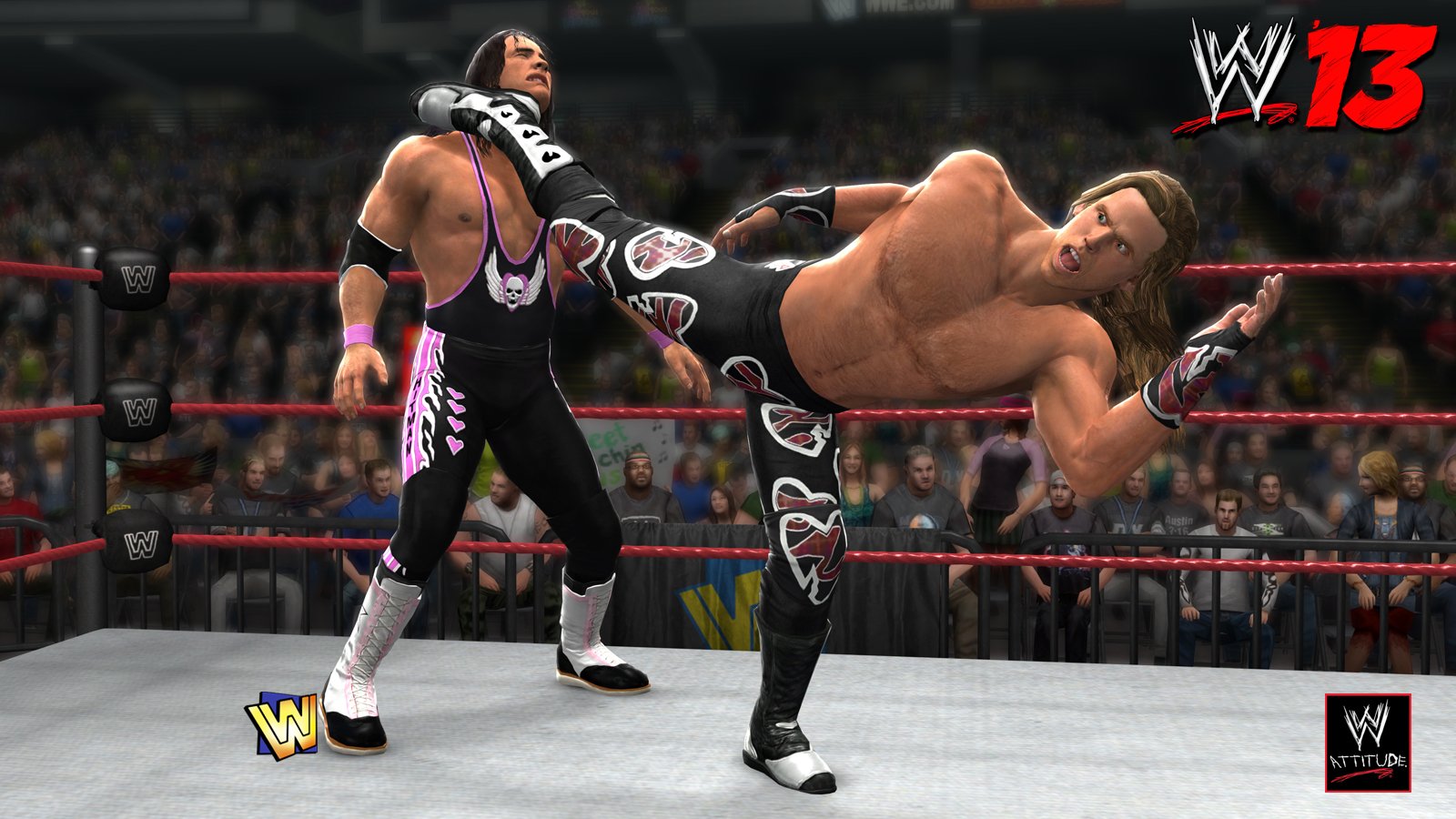 Last year’s WWE ’12 was a big step forward for the series: it had a new engine and felt a lot smoother than the Smackdown vs. Raw titles. However, it came with a lot of obvious graphical glitches. Roll on a year and WWE ‘13 is here; but has it addressed any of WWE ‘12’s issues? Read on.

To start with, WWE ‘13’s roster is a mix of PG and Attitude Era superstars. It’s one of the biggest seen in a WWE title to date, and even minor Attitude Era stars – such as Ken Shamrock – are present. It includes multiple variants of some superstars for their various incarnations; Hunter Hearst Helmsley, D’generation X-HHH, and PG era (current) HHH for instance.

In some cases, the wrestlers are a little out of date – as often happens with games based on real-life personalities. Daniel Bryan’s beard is too short, and during Kharma’s ring entrance the announcer says she’s from Tokyo, Japan. The Great Khali – who has been absent for almost a year – is included, and Daniel Bryan and Kane (team Hell No!) aren’t a stable by default.

Despite those issues, it’s a great mix up of wrestlers of the past and present – seeing X-Pac go up against Dolph Ziggler, or the Legion of Doom face off against Hell No! is great. About half of the wrestlers – almost the entire Attitude Era roster – need to be unlocked in the Attitude Era mode (not necessarily a bad thing.)

Attitude Era mode is one of the longest story modes to appear in a WWE game. It’s not just a story mode; it’s a history lesson for those too young to have seen the attitude era unfold, and a nostalgia trip for those who watched it on TV.

Matches in Attitude Era mode are set up so you have match objectives – required to progress – and historical bonus objectives – which unlock various content, including the remaining roster and rings. The latter objectives are re-enactments of big events such as the infamous Montreal Screwjob and the Hell in a Cell match, in which the Undertaker helped Mankind enter the cell through the ceiling.

The objectives also show off some of WWE ‘13’s gameplay changes, including the new ‘OMG moments’ which allow you to ram an opponent through a barricade. You can clear the announcer table and climb on it – just like in Smackdown vs. Raw – or slam someone if you’re in the right proximity.

One of the most notable changes from WWE ’12 is that the tag matches allow you to control both wrestlers in your team. Unfortunately, some quirks from WWE ’12 remain; John Cena can still perform fishermen suplexes repeatedly. It’s also very difficult to counter moves as the time given is a bit too short and the game taunts you with “too slow” or “too fast” if you miss it.

WWE ‘13’s Universe mode (3.0) expands on the previous iterations by allowing you to tweak more than just the superstars and their brands. Now you can reset the universe to default settings: match progress, rosters – everything. In addition, Universe 3.0 allows you to tweak stories, switch off crowd reaction, team forming stories, or turn off all universe stories so nothing happens at all and the virtual viewers are bored to death. You can also create brand new shows on open slots, or change the name of current shows.

Rolling through the rest of the menu you will find the usual match types: Single, Tag Team, I Quit, Cage, Royal Rumble, and Submission matches. Most prominently, WWE ’13 sees the return of the King of The Ring – an elimination tournament in which you can pick up to 16 competitors to fight for the title of the same name.

Every match type can be tweaked in the options menu to change their default stipulations; the options are very exploitable as you can change it so a tag team can lose via last man standing rules and the AI partner won’t get involved to help their partner up.

Visually, WWE ‘13 takes the action figure approach to the wrestlers – some wrestlers look more like their likenesses than others but it works for both eras. However, it’s the inclusion the little details – such as CM Punk’s shoulder tattoos (the Pepsi and Cobra emblem from G.I. Joe, which are altered slightly to avoid copyright infringement) that make this a pleasure to look at.

Unfortunately the same old issues with clipping are still present, but they’re not nearly as bad as in WWE ’12. Beyond that, the animation feels much smoother and more polished.

WWE ’13’s commentary is a mixed bag. It’s true to the eras – with Jerry Lawler referring to ECW (Extreme Championship Wrestling) as standing for “Extremely Crappy Wrestling.” Unfortunately, the announcers constantly get move names wrong – calling a belly-to-back suplex a “German suplex,” for example – or simply don’t use move names at all. Worse still, the announcers occasionally miscall wrestlers falling to the floor when they manage to hang onto the ropes – it’s true to life for Michael Cole.

Overall, WWE ’13 offers a lot more of what we want (and less of what we don’t) than last year’s release. It features a lot more customizations, a larger roster, and superior story mode. It feels more polished. This is the game WWE ’12 should have been. 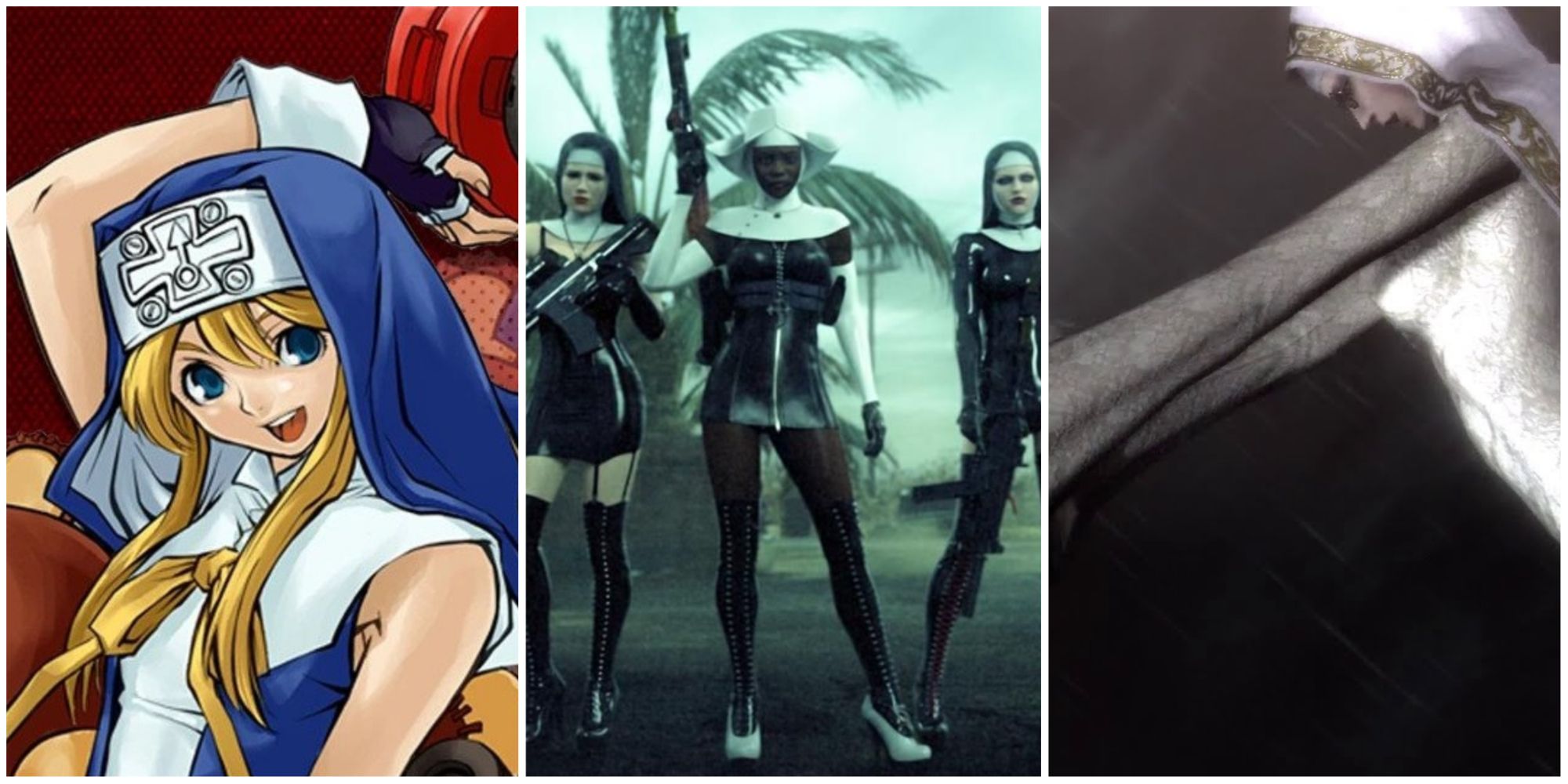 Everyone loves a good uniform. They’re a signifier of who you are, in some brief sense. Firefighters are protected and easily noticeable, and doctors have all their scrubs. Maybe that business.... 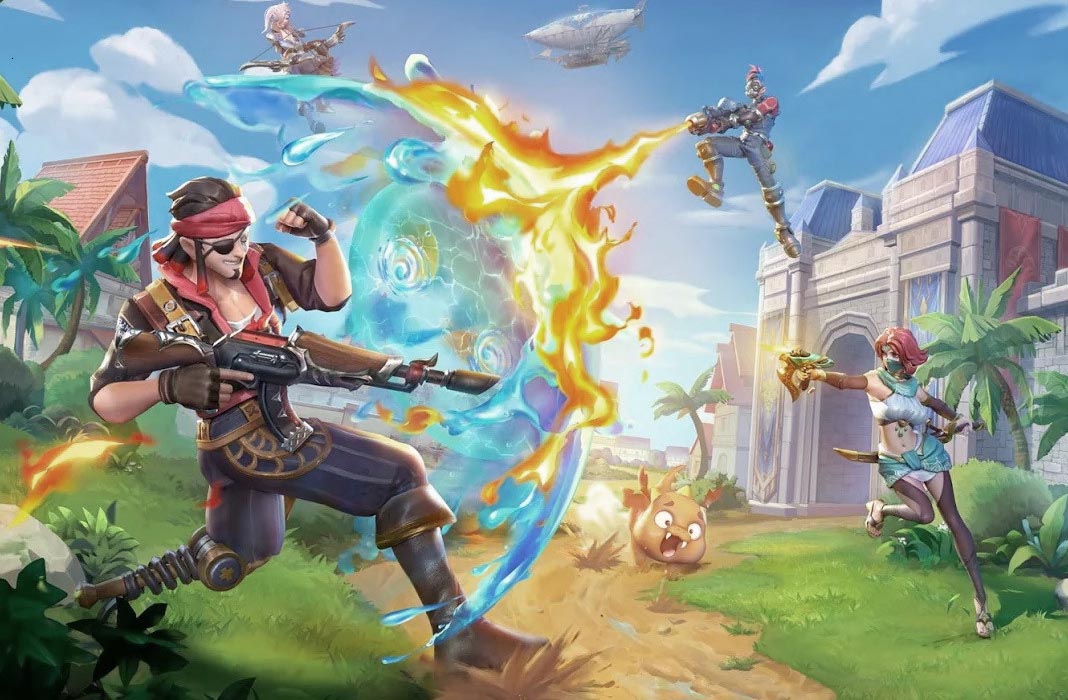 This guide will let you know how to Increase performance FPS with any setup in Ride Out Heroes. First, you have to make changes to the in-game settings and in the.... 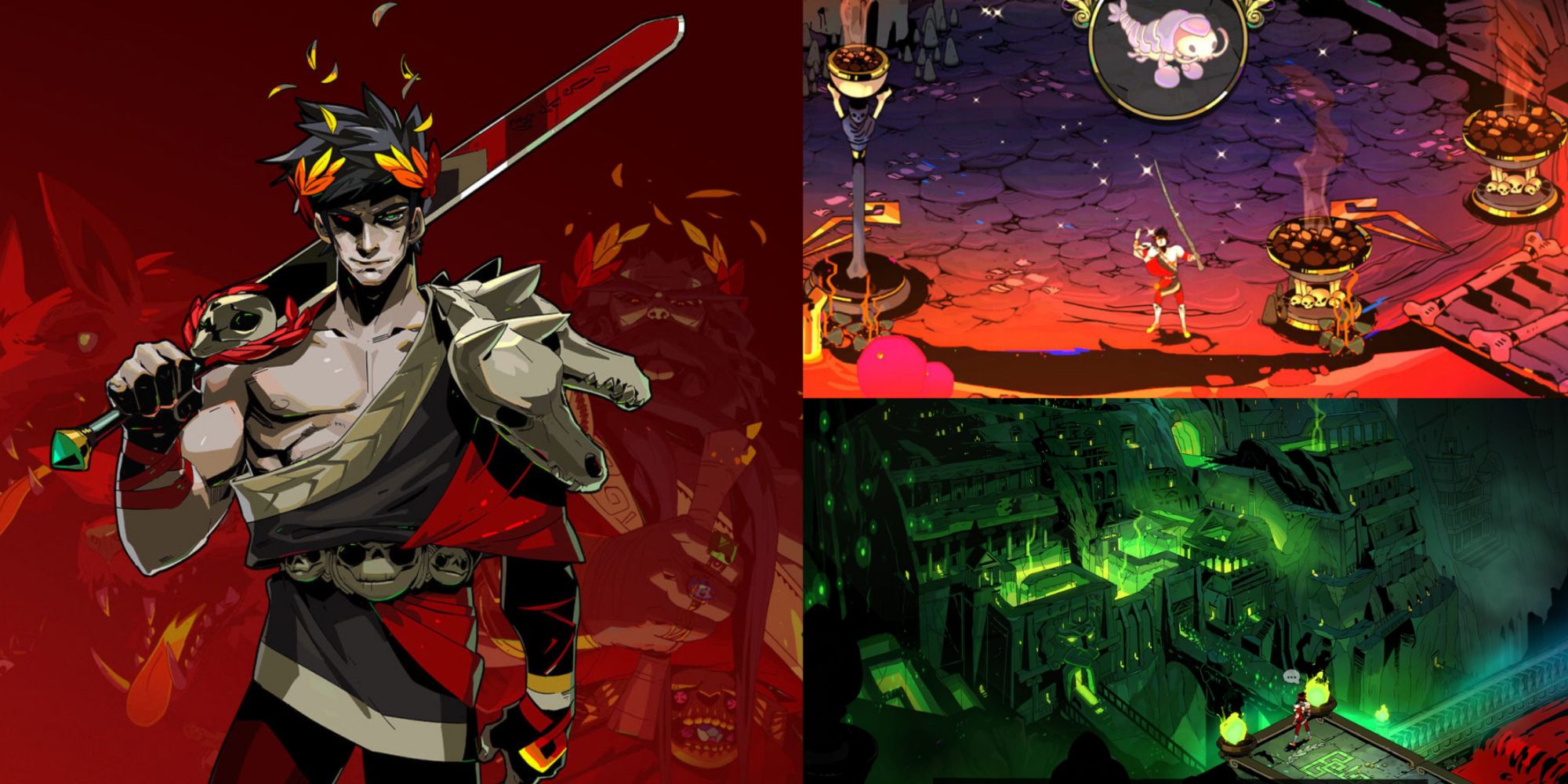 Hades Tips And Tricks For Escaping The Underworld

Hades Tips And Tricks For Escaping The Underworld

Struggling to break free from the Underworld and escape to the green fields of Elysium? Keep getting taken out by Theseus and Asterius? Are you unable to get through the various....