Where To Find Every Fist Weapon In Elden Ring 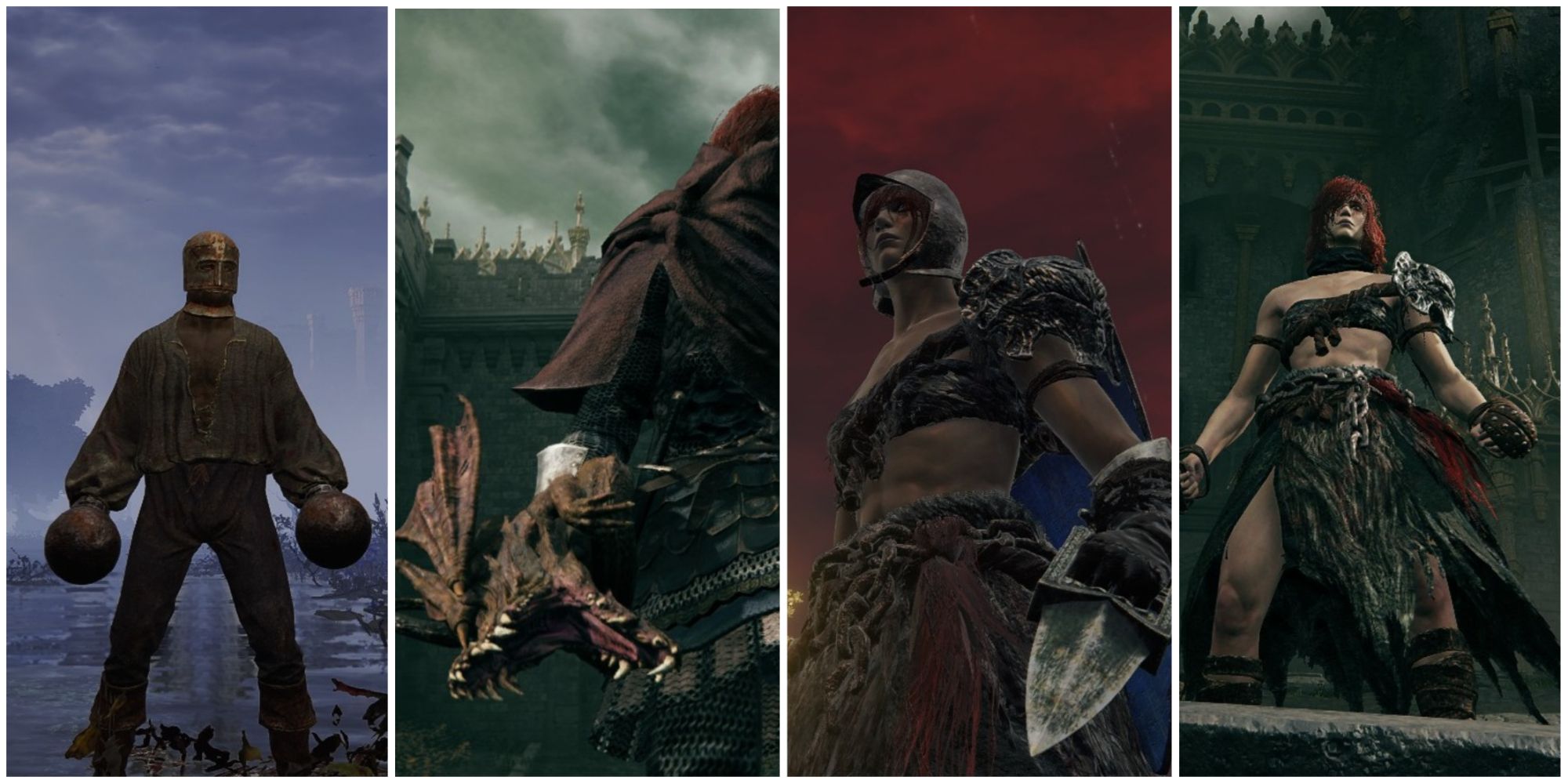 Elden Ring has a huge variety of weapons. As a game that puts a lot of emphasis on its combat, the wide variety of tools for destruction means there’s a weapon for every type of player. Whether you’re a spell-slinging mage or want to haul around a sword with the same weight as a semi-truck, there’s something for you.

Though sometimes, neither staves nor swords will do the job. Sometimes you want to get up close and personal. Sometimes you want to punch a boss to death. Fortunately, Elden Ring has you covered for that too, as numerous fist weapons are scattered across the Lands Between, waiting for you to unlock your beat-’em-up potential.

The Caestus. Old reliable. Baby’s first fist weapon. There’s nothing incredibly unusual about it, but it’s still a very solid choice. An advantage of the Caestus is you can make the most of its customizable nature with Ashes of War and infusions. Its default skill, ‘Endure’, will increase your poise and lower damage to let you get extra hits in, but it’s not limited to this. Compatible with over 20 Ashes of War, you can let your imagination run wild with the potential combinations.

Another plus is that it’s not hard to get hold of shortly after you make your start in Limgrave. Gatekeeper Gostoc sells it at Stormveil Castle after you get hold of the Rusty Key. You can get this by defeating the knight in the dark room on your way up through the ramparts on the side entrance route. You can’t miss him, as ‘someone’ helpfully locks you in with the enemy. Thanks, Gostoc.

After defeating Godrick the Grafted, Gostoc will relocate to the area where the boss battle took place. If you never picked up the Rusty Key, this is also when his merchant services will become available.

The Caestus’ bigger, angrier brother, the Spiked Caestus outdoes its sibling in nearly every way. The damage is marginally higher, though the real advantage comes in the bleed buildup. The Spiked Caestus’s ripping spikes will cause the bleed debility without the need for infusion or a bleed-related Ash of War. You can infuse the weapon however you like and not lose this bonus. There are some good ones, too, as a heavy infusion can give you an A-scaling in strength.

Picking up this fist is easy enough, but it does involve a trip into Caelid. You’ll need to buy it from the merchant on the rainy hills of Dragonbarrow. It’s a bit of a ride, but there aren’t any hard barriers stopping you from grabbing it right after starting – just lots of hungry dinosaur dogs.

It’s hard not to love the Grafted Dragon on its concept alone; it’s a little dragon that’s been grafted to your arm, a mini-version of Lord Godrick’s favorite graft. It starts with the highest un-upgraded damage in the category of fist weapons, though this is split between fire and physical. The Ash of War for this weapon cannot be changed and is rather appropriately named ‘Bear Witness!’. The skill has your mini-dragon fire a barrage of flame into the air and back down again, creating lingering fires on the ground. The damage is excellent, though the wind-up is fairly long; the trick is being able to finish it before an enemy turns your face to paste.

You can pick up The Grafted Dragon by trading in the Remembrance of the Grafted to Enia in the Roundtable Hold. To get that, you will need to take out Godrick. Hopefully, you’ll be planning to do that anyway. He has it coming.

Enjoy punching things but also wish you had knives for hands? The katar is what you want. A dagger set into an unusual handle, this weapon has all of the perks from both the fist weapon style and more conventional blade weapons. It enjoys a slightly higher critical rating than other fists and has a guard-piercing skill ‘Impaling Thrust,’ that would normally be found on rapiers and spears.

Related: The Most Elegant Weapons in Elden Ring

You can get a hold of this hybrid early on, but it will mean braving Caelid’s Fort Gael. It sits inside a chest on a ledge above the lion mini-boss. Jump down there before you fight him, and you should be able to pick it up.

It’s a simple weapon in concept: a big iron ball. The weapon comes with solid physical damage and a useful Ash of War. ‘Braggart’s Roar’ is a buff skill that increases physical attack, damage negation, and stamina recovery. It also changes the moveset of your heavy attacks.

This fist is the preferred weapon of Blackguard Big Boggart. He doesn’t give you the weapon willingly, only dropping it when he dies. So if you want it, you’ll have to be the kind of monster to betray your seafood-loving friend, or you’ll have to have done something even worse and let the Dung Eater out of his cage.

This one is for the faith builds. Bringing righteous justice to the heretics is made all the easier with the Cipher Pata, a pure faith weapon made for bypassing shields. Its Ash of War, ‘Unblockable Blade,’ can go straight through any defense. The major issue with the Cipher Pata is that it deals entirely holy damage. It’s a bold move to try using damage derived from the gods when you try fighting the gods. Bold, sure, but not smart.

It’s easily available, acquired by dropping from the balcony onto the lower floor of Roundtable Hold and checking the rooms on the left. You will have a phantom to deal with, though it’s smooth sailing after that.

What kind of weapon says ‘death’ more than the Clinging Bone, a literal skeleton forearm? It has a longer range than the average fist, has C-scaling for dexterity, and comes with an interesting Ash of War attached. ‘Lifesteal Fist’ allows you to attack humanoid enemies and drain them of their health, healing you for 30 percent of your maximum health. Devious!

This weapon is more likely to find you than you find it. If you pick up one-half of the Haligtree Medallion from Liurnia, you will get a nasty surprise. On returning to Roundtable Hold, you will be attacked by Ensha, the skull-faced edgelord who works for Gideon Ofnir. Dispatching Ensha will give you his armor, as well as the Clinging Bone. It’s him or you.

Who doesn’t want to punch people with all the power of a lightning strike? The Veteran’s Prosthesis lets you do just that. Once serving as the leg of Commander Niall, this weapon has the longest reach of all fist weapons. It also splits its decent base damage between physical and lightning. The Ash of War is unchangeable but good fun. Activating Storm Kick initiates a leaping, explosive attack similar to what Niall does.

The main downside is trying to get hold of this weapon; you must go through the formidable Commander Niall boss. The man is no pushover, and he’s all the way in the Mountaintops Of The Giants, so don’t expect to be swinging lightning around until quite late in a playthrough.

Like the Iron Ball but with even more of a grudge, the Star Fist is the Spiked Caestus of heavier fist weapons. It comes with the useful extra bleed buildup but a higher strength requirement and an even harder hit. by default, it comes with the ‘Endure’ Ash of War for extra poise, though you can infuse or change Ashes as you please. All the versatility of other weapons, just more beastly.

This can be picked up in Leyndell, Royal Capital. Make your way up to the Colosseum and head the left path around. You can find this weapon on a body there. It’s a fair way into the game, but possibly a good time to upgrade from one of the earlier weapons.

Next: Elden Ring: Weapons To Avoid​

Verizon Wireless has announced a new plan for Apple users. It’s the first cellphone plan explicitly made for iPhones, and it’s an interesting proposition for those well invested in the Apple.... 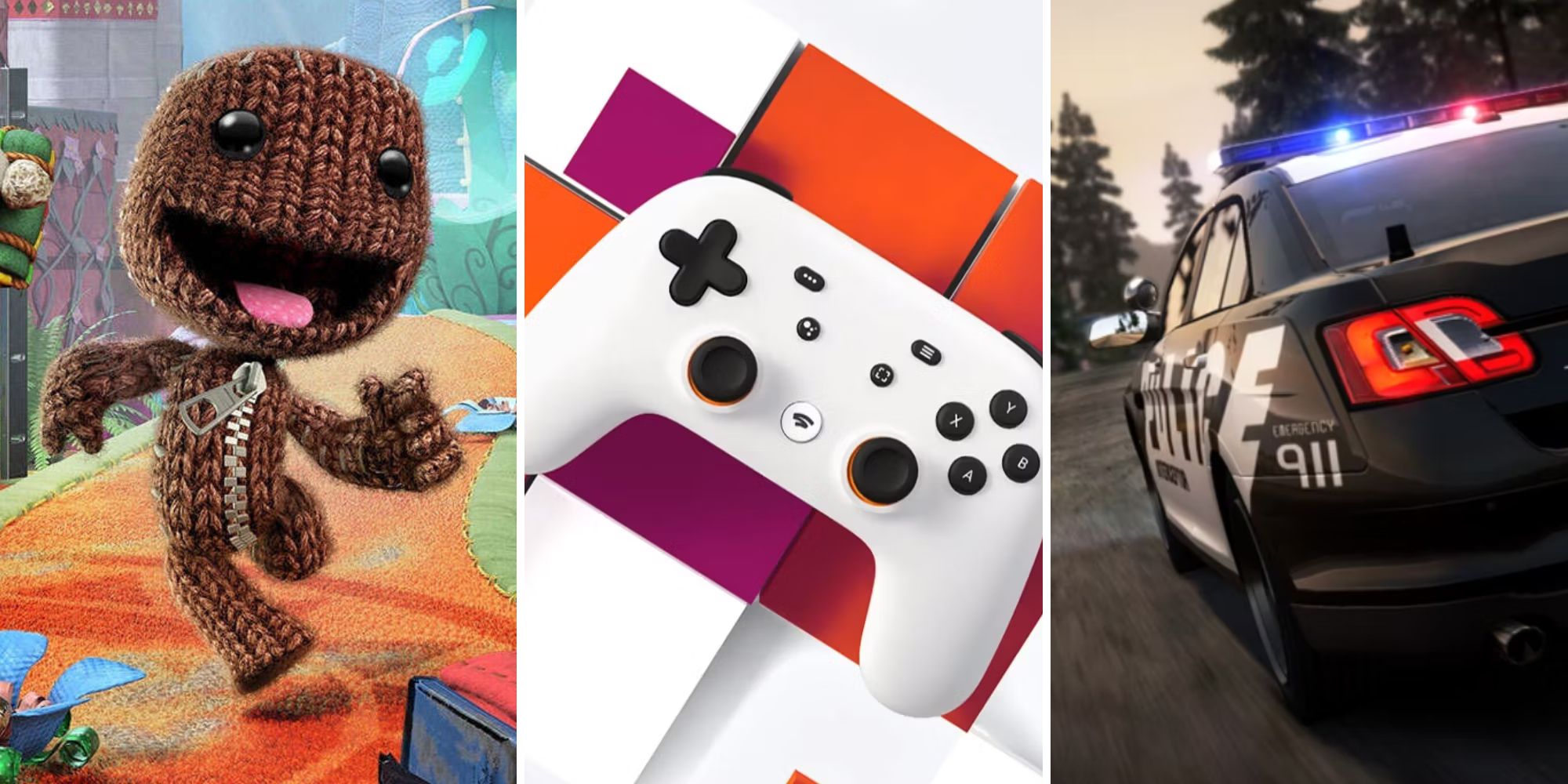 Google Stadia is shutting down and the next Need for Speed might launch this December. It’s been an exciting day of news today, so let’s just jump right in with the....