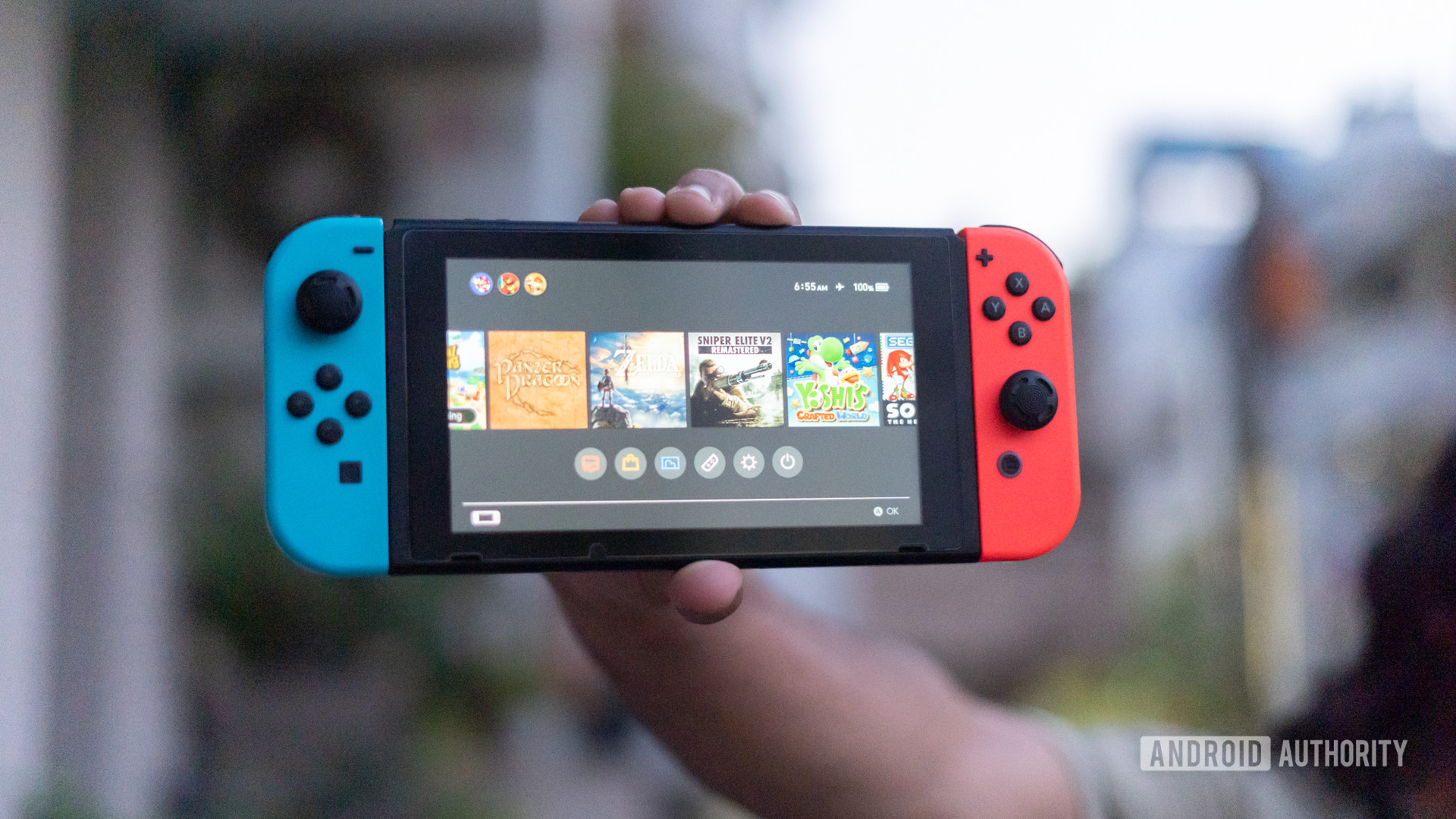 The video game console industry has a long and rich history, from the early years of Magnavox and Atari to the Nintendo/Sega era to the current Sony/Nintendo/Sega three-way fight.

In other words, there’s no real shortage of machines to choose from when it comes to picking our favorite gaming consoles of all time. And that’s exactly what we asked the Android Authority team to do. We had 11 consoles make the cut based on responses from 16 of our most ardent console gaming fans. Here’s what our team picked!

The results speak for themselves when you check out the graphs below, charting results by individual console and by manufacturer, respectively. Scroll past these graphs for more in-depth results and memories from our team!

Is it any surprise that the PlayStation 2 was the only console to garner more than two total votes in this poll? Sony’s sophomore PlayStation outing remains the most successful home console of all time, so it stands to reason that some Android Authority team members have a special place in their hearts for it.

Luke Little, Jonathan Feist, and Nick Fernandez all chose the PS2 as their favorite console ever made. Luke has positive (if cheeky) memories of growing up with the console:

“This was my childhood console. Combined with the HD Loader that allowed us to back up games to an internal hard drive, in the era of renting games from Blockbuster and Hollywood Video (RIP), it was a powerhouse of absolute bangers that I still come back to frequently today.”

Meanwhile, Nick says the vote wasn’t actually an easy one, as he was torn between either the PS2 or original Xbox. “But no matter how much time I spent playing Halo/Halo 2 (I even organized tournaments), I have to go with the PlayStation 2,” he elaborates. “Everything from the controller to the console itself (I bought the internal HDD to play FFXI online) were top-notch, and it also served as my main DVD player for over a decade.”

He also points to the “absolutely incredible” games library in every genre, saying there are loads of PS2 titles he’d still gladly play. And that’s always a sign that a console was an all-time great.

Jonathan chose the PS2 partly because it’s the newest console he owns, but he also has great memories playing Need for Speed using a projector. “Since then, does PC gaming count as a console?” he asks. Unfortunately, it doesn’t, Mr. Feist.

Andrew Grush and C. Scott Brown both picked the Super Nintendo Entertainment System (SNES) as their favorite gaming console ever made.

Andrew outlines why he chose the SNES, and it ultimately boils down to horsepower and games:

“Because it had cutting edge graphics and edged out the older Sega Genesis (or Mega Drive outside North America). Not to mention the games: Super Mario RPG, Mario World, Yoshi’s island, Chrono Trigger, several Final Fantasy games, Mario Kart, Harvest Moon. The list goes on and on.”

“This was the console I grew up on, so it holds a special place in my heart,” Scott says when giving his reason for choosing the SNES. He also lists some killer titles for the console, namely Chrono Trigger, Final Fantasy VI, The Legend of Zelda: A Link to the Past, Super Mario World, and Super Mario RPG.

Scott also has another reason for picking the SNES, praising the controller design and saying it’s still being emulated by manufacturers today. He’s not wrong, with firms like 8bitdo releasing SNES-style gamepads.

Jimmy Westenberg and Oliver Cragg chose the Nintendo 64 as their favorite gaming console, and both say it was the first home console they ever owned (ah, bless).

Jimmy recalls his experience with the cart-toting console:

Oddly enough, Jimmy says he still loves the rather unorthodox N64 gamepad. Oliver, meanwhile, acknowledges that the controller is weird and that many games haven’t aged well. Nevertheless, he still has fond memories of the 64-bit machine.

Luke points to Nintendo’s library of first-party games, such as Super Mario Odyssey, The Legend of Zelda: Breath of the Wild, and Link’s Awakening. “For most other power-hungry titles, I can experience those on my PC,” he adds.

More Switch coverage: Everything you need to know about the Nintendo Switch

Chris points to the game library as well, and it’s high praise indeed:

“I’ve used this console more than my SNES, NES, Xbox, and N64 because of the game collections it offers, but also the much more mature control options vs those of the Wii.”

Both of them also point to the Switch’s portability factor as a major reason for choosing it. Chris says it’s versatile in this regard, and that having multiple docks makes life much easier. Luke also praises the Switch’s portability, giving the example of taking it with him on a flight and being able to seamlessly connect to a big screen when he gets home.

The best of the rest

There were a few other consoles that were chosen by Android Authority team members as their favorites, and we’ve got Microsoft representation courtesy of Ankit Banerjee and Palash Volvoikar.

Palash, on the other hand, says the Xbox One S is his favorite gaming console. And his reason essentially comes down to pricing, for the most part. Here’s what he has to say:

“Console gaming has historically not been very accessible in India. Either the consoles have been too pricey, or the games have, or both. The Xbox One S was a landmark in that area. A price you could justify, coupled with Xbox Game Pass — which meant that I could get away with paying very little for what was quite a compelling package. I had some great days on mine, and it still delivers a surprisingly sweet gaming experience.”

We also have two Nintendo handhelds make the list, as Dhruv Bhutani chose the Game Boy Advance and Matt Horne points to the original Game Boy.

The deciding factor for Dhruv is the library of games for the GBA, and it’s hard to disagree. Nintendo’s 2001 handheld would accumulate a ton of excellent titles, ranging from various Pokémon games and The Legend of Zelda: The Minish Cap to the Advance Wars series and the cult classic Golden Sun. It even saw a ton of SNES ports and a decent variety of first-person shooters.

Matt chose the original Game Boy for nostalgic reasons. Take it away, Matt:

“It was the first gaming device I got and I played the likes of Tetris, Mario Bros, and Bubble Bobble for hours!”

We already had three people choose the PlayStation 2 as their favorite gaming console ever, but John Dye points to the PlayStation 3 instead. It was a toss-up between the N64 and PS3 for John, and he recalls renting the N64 and being amazed by titles like The Legend of Zelda: Ocarina of Time.

“Those are intense, positive memories, but in terms of the quality and variety of games that have kept me and my friends together as we drifted apart into varied careers, the PS3 has no competitors,” he answers, while bemoaning the button symbols on PlayStation controllers. “Just give them letters! I don’t want to expend three syllables telling a friend they need to hit ‘triangle’ to jump.”

What’s your favorite gaming console of all time?

Only one Sega console makes the list, and that’s thanks to John Callaham choosing the Dreamcast. John points to the great library of games as well as the trailblazing online connectivity. “Soul Calibur is still my favorite fighting game of all time,” he adds.

Me? I was torn between the Nintendo GameCube and the Xbox 360, and I just had to go with the ‘Cube. Yes, it didn’t have a ton of games compared to the PS2 or even the original Xbox. Sure, finding GameCube games locally was a major challenge as only one retail chain stocked them in my part of the world (and then ditched the system a couple of years later).

But the sheer quality of GameCube titles was astounding, and I found myself playing the likes of The Legend of Zelda: The Wind Waker, Mario Kart: Double Dash, Resident Evil 4, the WWE: Day of Reckoning games, Animal Crossing, and Metal Gear Solid: The Twin Snakes.

My group of friends even wound up sharing a memory card and passing Animal Crossing around to each other. That is, when we weren’t playing four-player Mario Kart, Mario Party, or WWE: Day of Reckoning 2.

What’s your favorite gaming console of all time? Let us know via the comments section below! 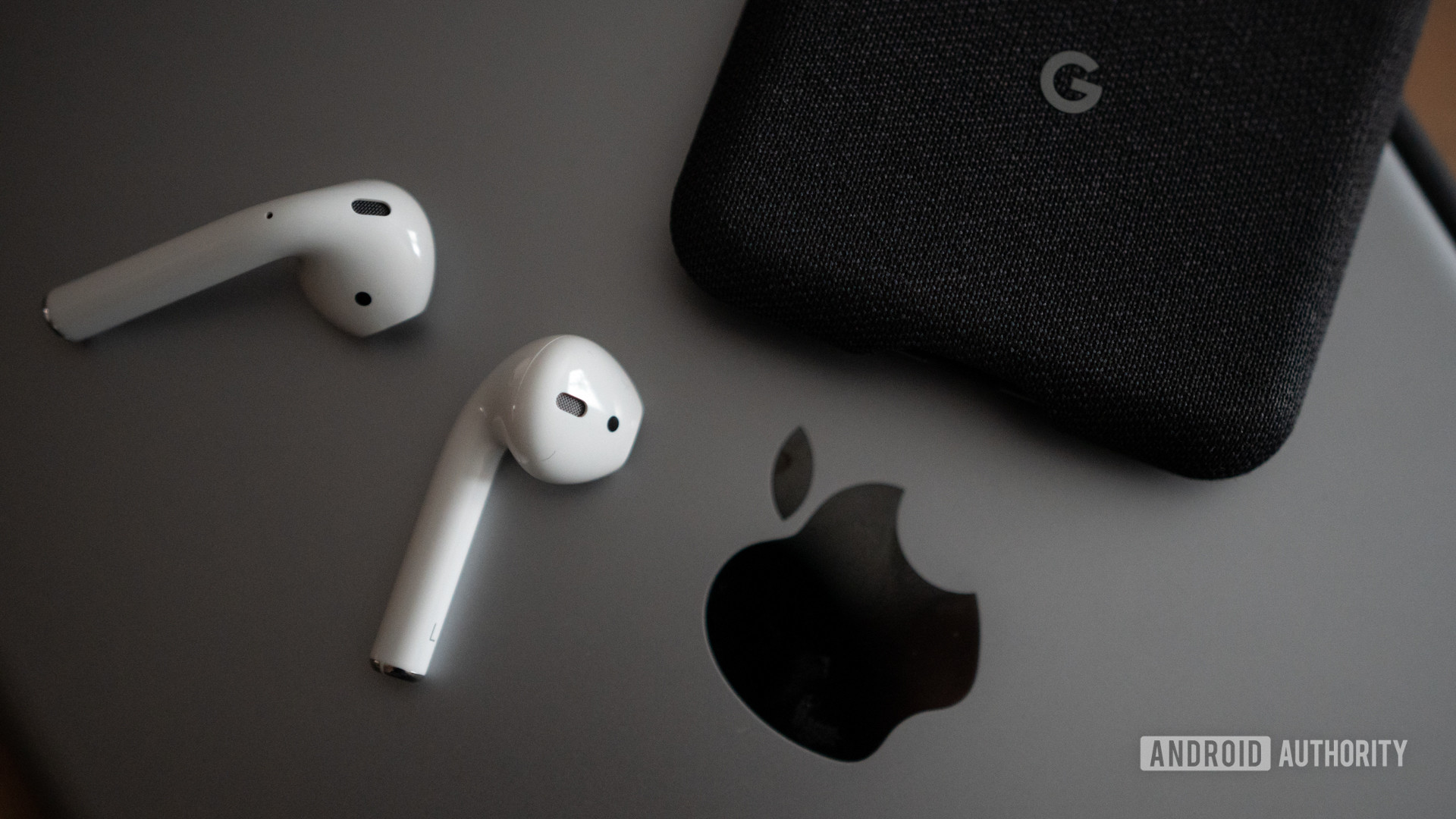 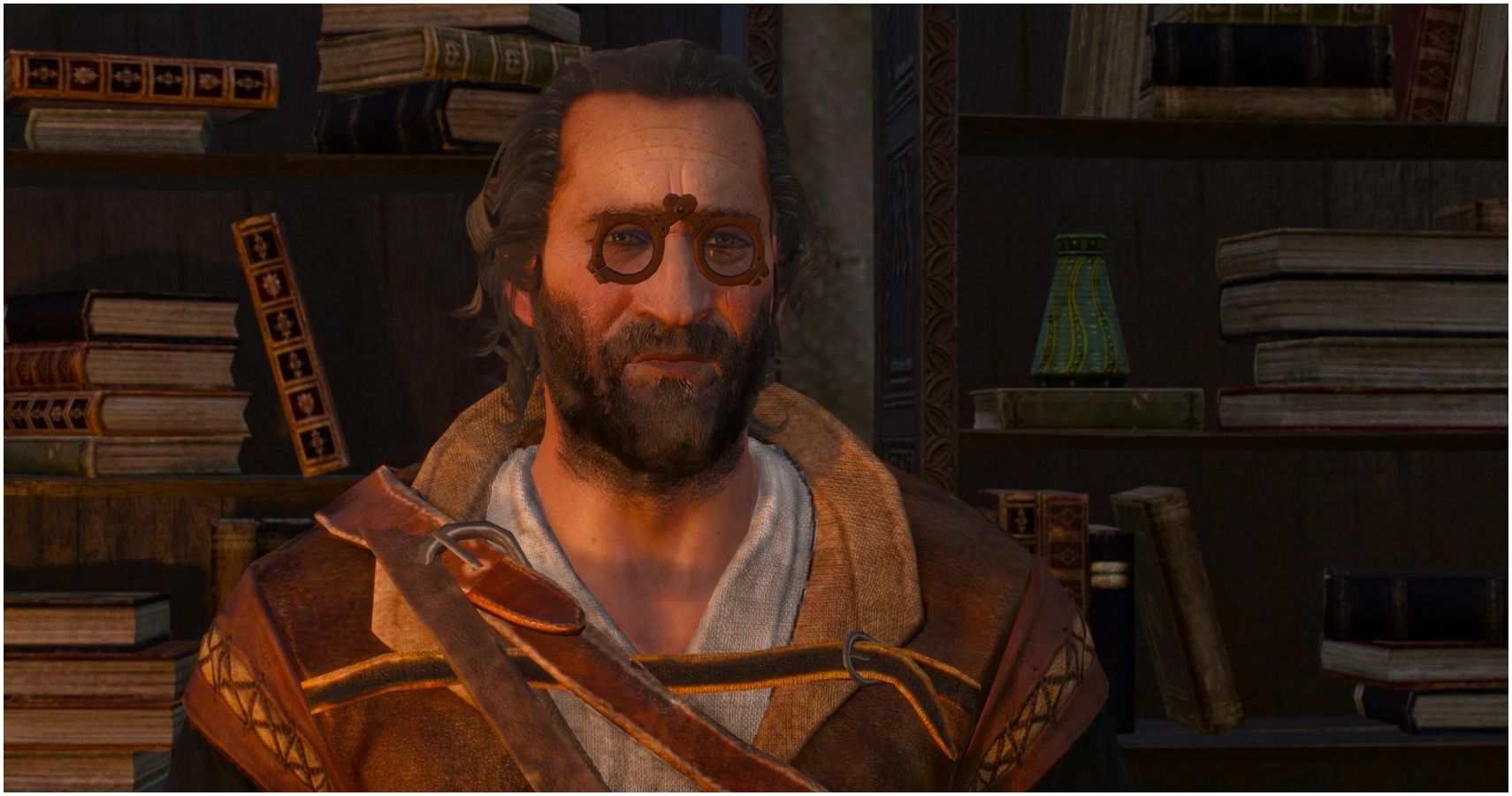 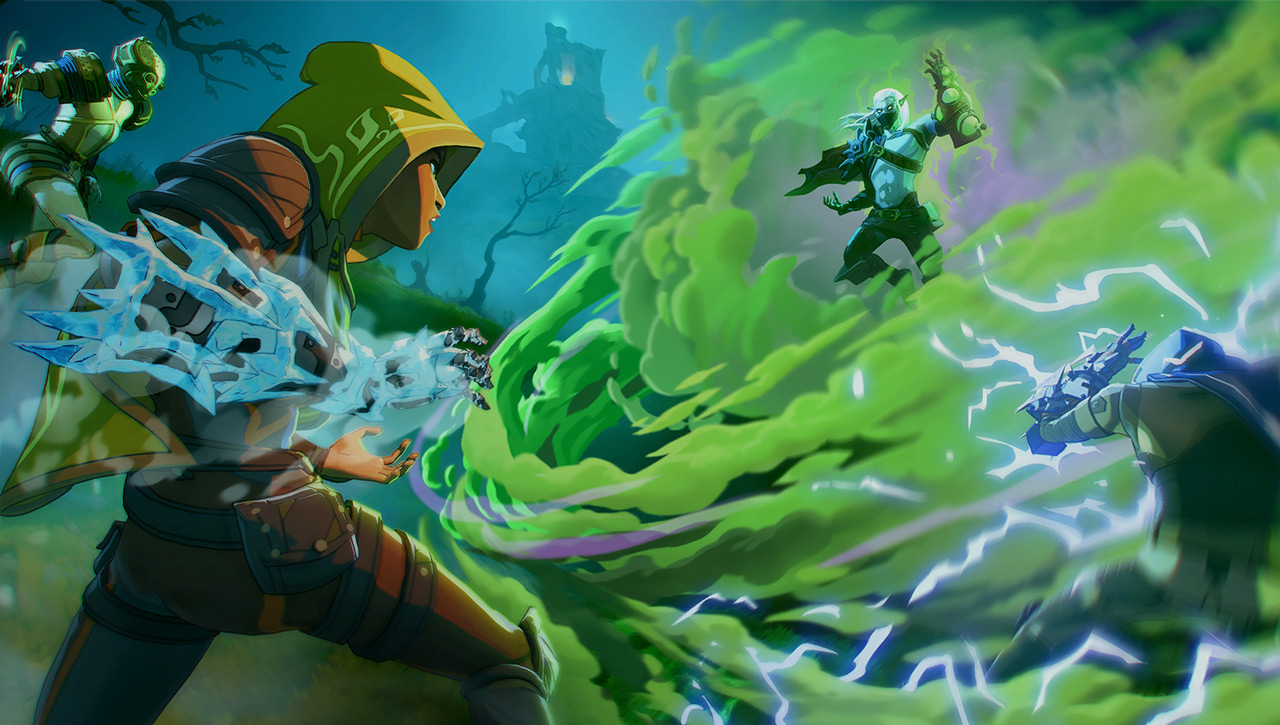