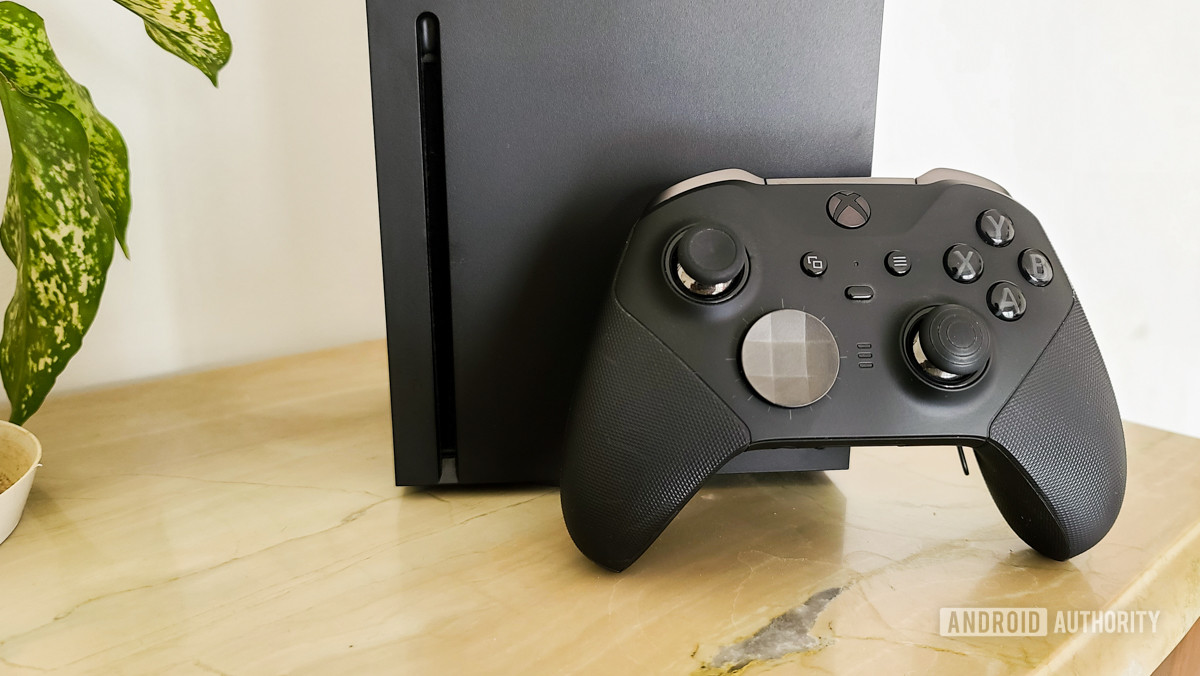 There are plenty of great AAA titles coming out this year (and next), but what if you want to play something from the independents? The year’s showcases have brought us some great options to get excited about so far, and we’ve rounded up the best Xbox indie games that you can currently play — as well as some that are coming soon.

Note: Titles listed as included with Game Pass are currently included at the date of writing, subject to change.

Hollow Knight is a few years old now, but this Metroidvania action-adventure game still looks great and is one of the best Xbox indie games — plus the sequel’s coming before next summer, giving you time to play. Explore Hallownest as the Knight, and enjoy nonlinear gameplay and a gorgeous orchestral score. Right now you can get the Voidheart Edition, which includes the original game plus four content packs to expand the game. Hollow Knight is currently included with Game Pass.

Ori and the Blind Forest is one of the most beautiful indie games you can play on Xbox. The classic platformer from Moon Studios sees you play as Ori, journeying through the world to save the dying forest of Nibel. With hand-painted artwork and a fully orchestrated score, this is an immersive experience — and the Definitive Edition brings new areas, new secrets, new abilities, and more. Ori and the Blind Forest is currently included with Game Pass.

Although Firewatch is technically classed as a walking simulator, Campo Santo’s adventure game is much, much more. A rich narrative-driven story, gorgeous visuals, and Cissy Jones (The Walking Dead) as the voice of Delilah ensure an immersive experience from start to finish. Set in the 80s in the Wyoming wilderness, you play as Henry, a fire lookout in the Shoshone National Forest. When strange things start happening to Henry, a mystery begins to unravel, all while he develops a relationship with his supervisor, Delilah, via walkie-talkie. Firewatch is a must-play for fans of story-driven games, and it’s currently included with Game Pass.

Oxenfree 2: Lost Signals is coming soon, so there’s no time like the present to play the first Oxenfree game, if you haven’t already. With a Stranger Things vibe and an outstanding soundtrack from musician scntfc (that you’ll want to listen to on Spotify long after you’ve finished the game), this supernatural thriller sees you play as Alex, a teenager who brings her stepbrother Jonas to a sleepover with friends on an old military island. When the group accidentally opens a ghostly gate, what happens next is up to you. Decisions matter here, and the intelligent conversation system and humor make the game.

Outer Wilds is an open-world space mystery about a solar system trapped in a time loop. This critically acclaimed game from Mobius Games/Annapurna Interactive sees you try to figure out why the time loop is happening, and if it can be stopped. Explore the solar system, uncover its mysteries, and discover a world that’s constantly changing. Outer Wilds is easy to sink a lot of time into, and one of the best Xbox indie games around. It’s currently included with Game Pass.

Disco Elysium is the sort of game that you either instantly love or can’t get into. With more in common with traditional tabletop RPGs, this award-winning open-world RPG sees you play as an amnesiac detective out to solve a murder. But there’s no combat in Disco Elysium. The choices you make matter, with dialogue trees, skill checks, and dice rolls determining your path. Yes, it’s involved, and there’s lots to learn, but the game rewards you with a beautiful oil-painting art style and deep, satisfying narrative — plus many hours of gameplay.

Motion Twin’s rogue-like 2D scrolling action-platformer is one for fans of games like Castlevania. You play as The Prisoner, fighting your way out of a diseased island to take down the island’s King. Intense 2D action and nonlinear progression ensure the game is challenging, as does the permadeath system that sees you lose all Cells (currency) and items each time you die. Dead Cells is currently included with Game Pass.

One of the best Xbox indie games at this year’s ID@ Xbox Showcase was the colorful, charming Tunic, from Canadian indie developer Andrew Shoudice. Play as a curious, intrepid little fox stranded in a ruined land. Explore, uncover lost legends, rebuild a sacred book, and take on a range of challenging foes with varied technical combat. Tunic is currently included with Xbox Game Pass.

Whether you’ve already played it on Switch or not, Hades is a must, and right now it’s included with Game Pass. The roguelike hack-and-slash dungeon crawler (from the creators of Bastion) is the winner of more than 50 Game of the Year awards and looks gorgeous. Enjoy the top-down action as Zag, a warrior wielding the powers of Olympus to escape the Underworld and take down the God of the Dead. Hades is fast-paced, fun, and frantic, but there’s plenty of replayability here too.

Whether you’ve played the first Aragami game or not, this third-person stealth sequel sees you return as an assassin wielding shadow essence, a power that allows you to control the shadows. Join the Shadow Clan to free the Aragami enslaved and protect your village and people. Build your own elite warrior with a variety of abilities, craft unique weapons, take down enemies with stealth kills, and do it all alone or with friends in co-op mode. Aragami 2 is currently included with Game Pass.

If you’re brave enough to play Hellblade: Senua’s Sacrifice, you’re braver than many of us here at Android Authority! Set in a dark fantasy world inspired by Norse mythology, you play as Senua, a Pict warrior who must journey to Viking hell to retrieve the soul of her dead lover. Haunting, atmospheric, and at times absolutely terrifying, the game pulls you deep into the story and isn’t for the faint of heart. Hellblade: Senua’s Sacrifice is currently included with Game Pass.

Billed by many as one of the hardest video games ever created, Cuphead is a run and gun action game that’s all about boss battles. Taking its inspiration from classic 1930s cartoons, with retro visuals and audio, the game’s soundtrack is written and recorded with a full jazz ensemble. Control Cuphead (and his brother Mugman, in co-op mode) as you take on increasingly challenging bosses and wield multiple equippable weapons, Charms, and Super Arts abilities. The game can be frustratingly challenging at times, but with Cuphead: The Delicious Last Course DLC coming on June 30, now is a great time to rise to the challenge.

Gone Home is a first-person exploration game set in the mid-90s. You explore the Greenbriar’s family home and must figure out what happened to them. There are some spooky occurrences throughout — but this isn’t a horror game. The deep story and detailed setting is immersive, and though it’s up to you how thoroughly you explore, it’s well worth examining every dust-covered magazine and cassette tape, as who knows what you’ll find. Gone Home is a powerful, poignant story-driven game that’s a must-play for fans of the genre.

What Remains of Edith Finch

Fans of Gone Home will likely also want to play What Remains of Edith Finch. Giant Sparrow’s first-person adventure game is a collection of short stories about a cursed family, ranging from the early 1900s through to present day. Follow Edith as she explores her family history and discovers why she’s the last family member left alive. What Remains of Edith Finch will transport you into Edith’s world for a time, and it’s definitely earned a place on our list of the best Xbox indie games. It’s currently included with Game Pass.

There are loads of upcoming Xbox indie games to get excited about, some arriving later this year, others with a 2023 release date. Here are our top picks to watch out for:

As Dusk Falls (July 19): From INTERIOR/NIGHT, this interactive drama combines a cinematic story with a gorgeous graphic novel-esque art style, involving you in the lives of two families across thirty years.

TinyKin (August 30): The TinyKin demo is available as part of Xbox Summer Games Demo Event running July 21-27, 2022. The full game, from developer Splashteam, is a 3D puzzle platformer where you play as a (tiny) astronaut named Milo, solving puzzles and exploring with the help of your army of tinykins. It’s a lot of fun.

Scathe (August 31): Scathe looks set to be one of the most blood-soaked games of the year. The dark magic FPS sees you play as Hell’s enforcer, with a huge array of weapons to choose from and brutal combat.

Grounded (September): It feels like forever ago that we saw a first sneak peek of Grounded, but the backyard survival game is finally coming. Shrunken to the size of an ant, you must explore, build, and survive, alone or in online co-op mode with up to three friends.

Lost Eidolons (Q3, 2022): We saw Lost Eidolons at the ID@Xbox Showcase back in March, and the turn-based tactical RPG sees you take on the role of a mercenary captain leading his allies through a civil war.

Cursed to Golf (Q3, 2022): Another ID@Xbox Showcase standout, Cursed to Golf is a golf game where you need to make it out of Golf Purgatory and become a Golfing Legend. Supernatural power-ups and insane hazards stand in your way, but you’re helped by the ghostly Legendary Caddie.

Broken Pieces (Q3, 2022): From French developer Elsewhere Experience comes this narrative-driven investigative adventure. Play as Elise, a thirty-something woman who finds herself investigating an unexplained paranormal phenomenon in the village of Saint-Exil. The demo’s available to play until July 27 as part of Xbox’s Summer Games Demo Event.

These are our picks for the best new and upcoming Xbox indie games to keep an eye out for. We’ll update this list as games are released, and new titles are announced. 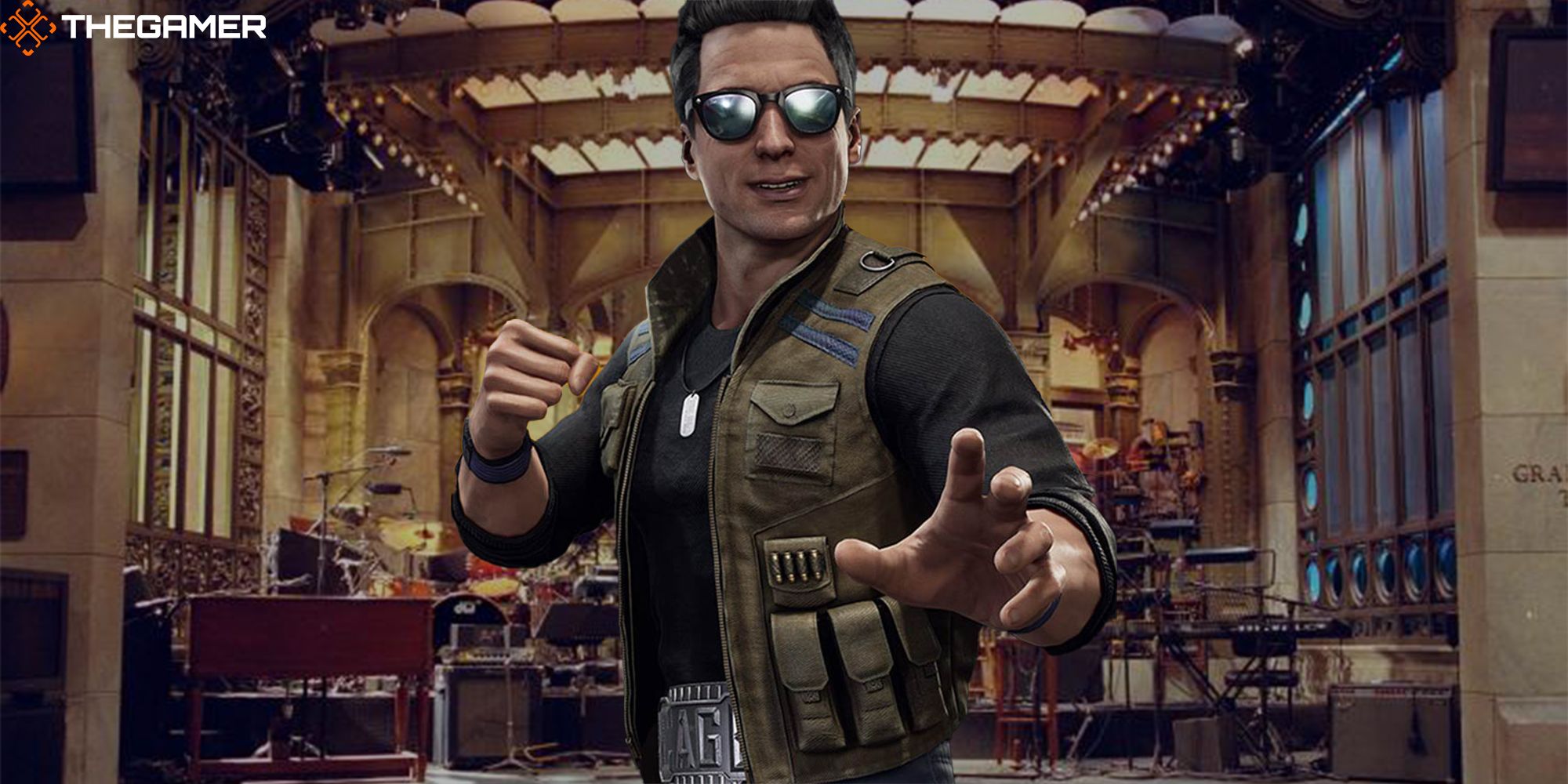 I wish I understood where my reasoning for this article originated. Seriously. I rewrote this introduction several times, and every attempt made less sense than the last. Video game characters on.... 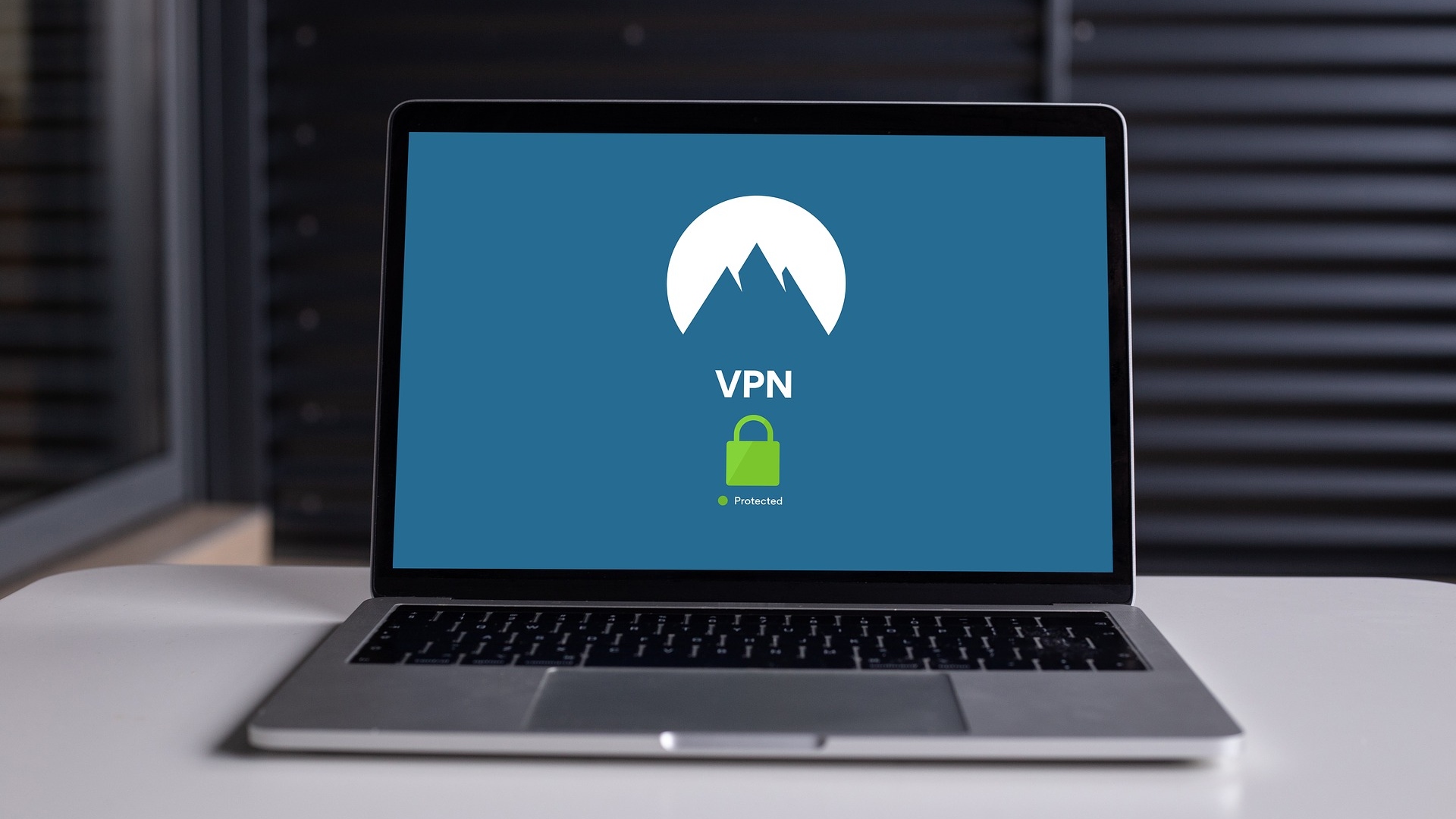 You don’t need to wait for Black Friday or Cyber Monday sales to find fantastic VPN discounts, so don’t let cost be the reason you aren’t protecting your privacy with a virtual private network. Many.... 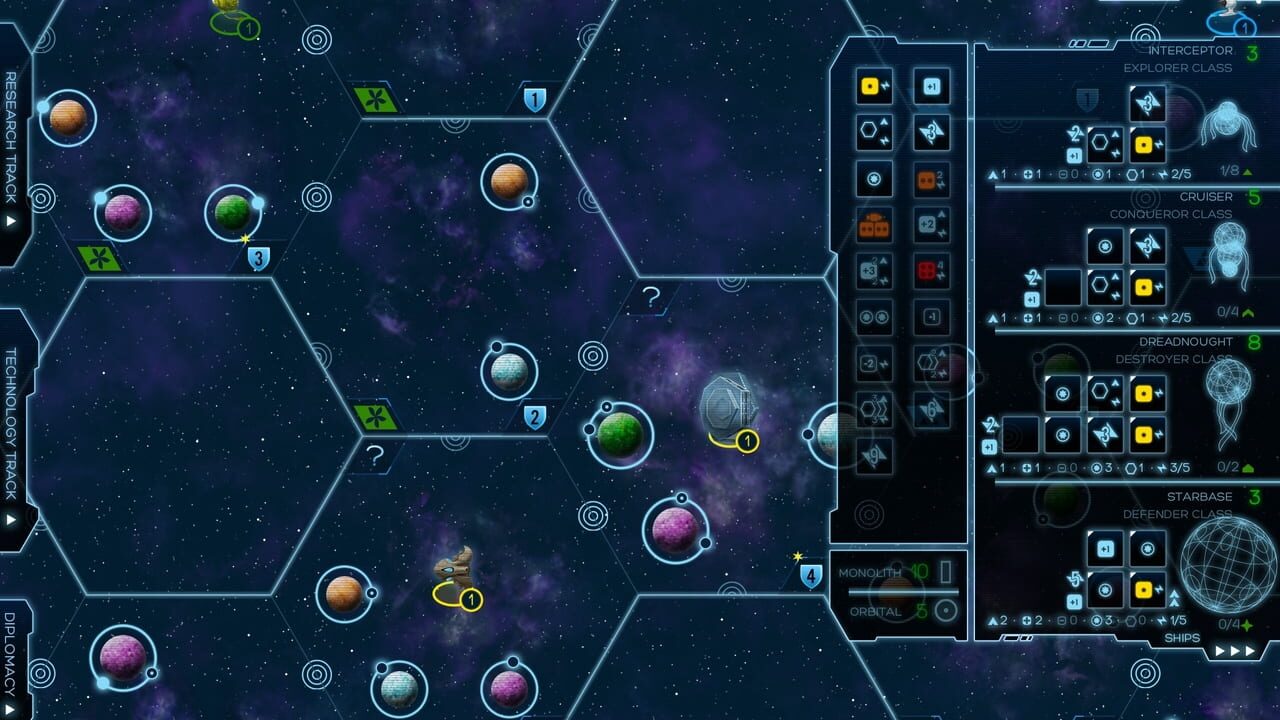