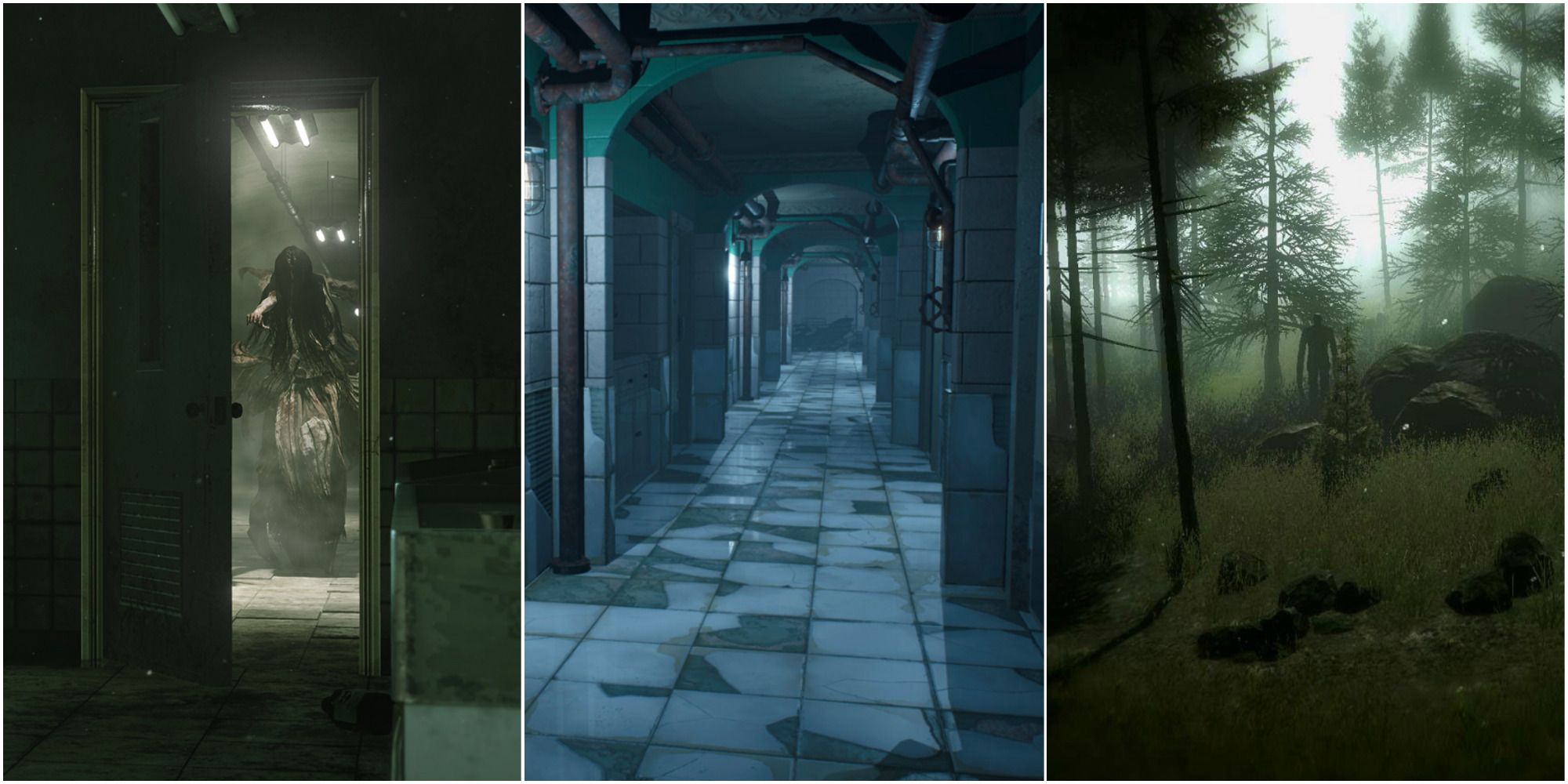 Horror games provide a lot of enjoyment for lost of various reasons. Some people enjoy the spooky or mysterious story while others might want to immerse themselves into a macabre or foreboding atmosphere. For others though, it’s the jump scares. While not every horror game needs to have jump scares to be creepy, there are some games that implement them in creative or thrilling ways.

While some horror games only rely on jump scares to ratchet up the tension and fear factor, it’s the games that walk a fine line of environmental tension building blended with moments of in-your-face terror. Horror games need to have ebbs and flows in order to build up the fear and then release it so as to not grow stale. The following games and subsequent jump scares are some of the very best in the horror genre.

Updated August 26th, 2022 by Geoffrey Martin: Horror games, by nature, are quite polarizing. Some people love the adrenaline rush of getting spooked and frightened whereas others prefer to play relaxing and calming games. For those of you that love a good scare then horror games are perfect to satiate that desire. While some games in the genre focus on a more psychological aspect, eschewing in-your-face moments for more subtle frights. However, it’s hard to argue that a well-placed and well-earned jump scare can do wonders to immerse you into the game. This list features some of the best of the best in the horror genre.

Neverending Nightmares is a highly underrated narrative-focused indie horror game that delves deep into the challenges people with very real mental health struggles deal with on a daily basis. Neverending Nightmares takes place in a spooky monochromatic world where you must guide Thomas through a series of increasingly disturbing moments as he seeks to figure out just what in the heck happened to his beloved sister.

One moment in the psychiatric hospital area sees players guiding Thomas through bloodstained hospital hallways, stealthily avoiding straightjacket patients who want nothing more than a taste of Thomas’ blood. This hallway is littered with locked padded cell rooms, with each one featuring a small gated window. Make your way to one of these windows and you will be treated to a quick glance at a screaming patient right next to the door. This moment gives the otherwise psychological horror game a boost of adrenaline-pumping fright.

From acclaimed horror developers Bloober Team, Blair Witch tells the harrowing tale of a down-and-out cop, Ellis, who, along with his trusty doggo, must find the missing boy, Peter Shannon. As the title implies, Peter has gone missing (or so we think) in the creepy woods that has made the Blair Witch property so darn infamous.

In the opening hours, after getting used to guiding Ellis through the woods in first-person, and as night settles in, it’s clear Ellis isn’t alone. The darkness mixed with the stray moonlight creates some eerie and ominous imagery in the woods. During one of the first nighttime woods segments, Ellis glances at a nearby tree with his flashlight only to get a harrowing glimpse of the stalking shadow specter that you will come up against all throughout this terrifying journey.

12 Evil Inside – That Darned Clown

Evil Inside, for all intents and purposes, is a budget version of P.T. For the uninitiated, P.T. was the now canned Silent Hills Playable Teaser that had you playing through a looping corridor of horrors. Evil Inside takes this idea and provides a creepy story, an unnerving setting, and of course, plenty of jump scares.

Any of the jump scares from the game could easily be placed here, however, it’s the clown jump scare that truly takes the cake. After being greeted by an off-putting clown at the end of the hallway, he quickly disappears. Once you get comfortable with the idea of him being gone, you eventually make your way back down the corridor in the opposite direction, blocked by some furniture. It’s at this point the clown pops out of nowhere to chase you until he disappears again.

Dead Space 2, along with its predecessor, Dead Space, are two of the best sci-fi survival horror games, full stop. Dead Space 2 ups the ante with larger explorable locations along with a boatload of scares from the downright terrifying Necromorphs. One such scare happens right at the start of the game, typically when you don’t expect one.

At the start of Dead Space 2, Isaac Clarke is in a medical ward wrapped in a straight jacket. Right before all heck breaks loose, he is greeted by another survivor who seeks to help Isaac escape the situation they find themselves in, namely, being overrun by Necromorphs. Just when you think you are safe, a Necromorph slices through the other character with plenty of bloody detail. This jump scare perfectly sets the stage for the harrowing journey to come.

The classic and famous original Resident Evil jump scare absolutely deserves to be mentioned since it’s what helped to start this gameplay aspect. For the uninitiated, the first Resident Evil had fixed camera angles with your character moving through the same parts of Spencer Mansion over and over again.

Well, one unremarkable hallway featured a few large windows that you had already walked past previously. On a return trip through the hallway, a zombie dog breaks through the window to scare you silly. At the time it was completely unexpected and terrifying.

Not all jump scares need to be big set-piece moments. Sometimes the more subtle the lead-up to the scare is, the more effective it will actually be. One of Silent Hill 2’s earliest scares happens when James is meandering through the eponymous town deep in the fog.

As James wanders through the streets past lamposts and vehicles, the static of the radio clicks in, ratcheting up the tension level. However, just as the radio turns on, a creepy crawler enemy comes out from under a van making an otherworldly noise and ready to send James to meet his maker.

Condemned: Criminal Origins, and excuse the pun, is criminally underrated as a top survival horror game. This Xbox 360 launch title was and still is downright terrifying as you explore abandoned buildings in search of a killer.

The game had more subtle jump scares with the crazed criminals jumping out from the shadows, however, it’s the infamous locked scare that stands the test of time. During an otherwise routine investigative gameplay section, you open a locker and out jumps a very much still alive person who was thought to be dead.

There is a reason that Outlast is consistently talked about as one of the scariest games of all time. Outlast features some truly harrowing gameplay moments with enough blood and gore to last you a lifetime. The game’s scares are made even worse through the awful villains of the game.

Very early on in the game when Miles Upshur first enters Mount Massive Asylum, he walks down a hallway and opens a door to explore. Well, he should have left that door closed because a bloodied hanging man swings back and forth shouting as you run away terrified.

6 The Evil Within 2 – Through The Glass

Another horror game that isn’t talked about enough in the survival horror genre is The Evil Within 2. This game once again stars the troubled Sebastian Castellanos, this time seeking his wife and child through some of the series’ most disturbing environments and set-pieces.

One of the very best jump scares in this follow-up to the original game happens when the multi-headed Guardian monster smashes through the glass to start a chase sequence with Sebastian. This freaky monster is made up of human torsos, heads, and limbs. Say hello to plenty of nightmares after this scene.

5 The Park – The Abandoned Booth

The Park, from developer Funcom, is a short, spooky amusement park-themed horror game where a distraught mother must track down her son, Callum who ran off into the park during the cover of night. This isn’t a recipe for a scary time, right?

The Park is mostly a walking simulator horror game taking place in first-person. Once you first enter the amusement park at the start of the game you end up exploring some abandoned booths. Well, one of these booths isn’t empty since once you press your face to it to look inside, you are greeted by a monstrous surprise.

Okay, yes, a book monster might not sound all that scary for a jump scare, however, to think this would be incorrect. Layers of Fear is a horror game known for its mind-bending and surreal environmental shifts and twists as you explore the labyrinthian mansion.

At about the halfway point in the game, you encounter a room with a large oval painting above the fireplace mantel. Upon looking at it closer you notice an arm reaching out. When you happen to turn around in fear, a sentient monster made up of books stands right in front of you before vanishing.

Fatal Frame, even 20 years later, is still one of the very best horror games of all time. The reason this series is so beloved by the horror community is down to the Camera Obscura. This supernatural camera is able to take ghost photos in order to exorcise the evil entities amongst them.

The jump scare in question here is the very first time you see a ghost when looking through the Camera Obscura in first-person. Even though you know it’s coming, when it appears right before you, ready to cause you harm, it makes your hairs stand on end with a cold chill running down your spine.

2 Slender: The Arrival – The Scream

Slenderman probably needs no introduction at this point, however, Slender: The Arrival does. This smaller horror title features the titular monster along with plenty of other spooky aberrations to keep you up in the wee hours of the night.

One of the best, yet most subtle jump scares happens as you explore the house in the woods near the very start of the game. You are exploring this recently abandoned home searching for signs of a young girl that’s been taken by Slenderman. As you enter her room, a loud, blood-curdling scream happens as you move to the window to look out into the vast darkness.

Infliction: Extended Cut is one of the greatest survival horror games of all time, full stop. You play as a man who has brutally murdered his wife and family via some very evil and possibly demonic influence. This game features some of the best audio design in horror which ratchets up the scares every single time.

At one point in the game, you are in the basement looking for items from your wife. Just as you are about to head out, the lights shut out and you hear a faint moan. As you inch closer to run away, the ghost of your very vengeful wife pops out at you to say hello in the scariest way possible.

NEXT: Horror Games Set In A Hospital 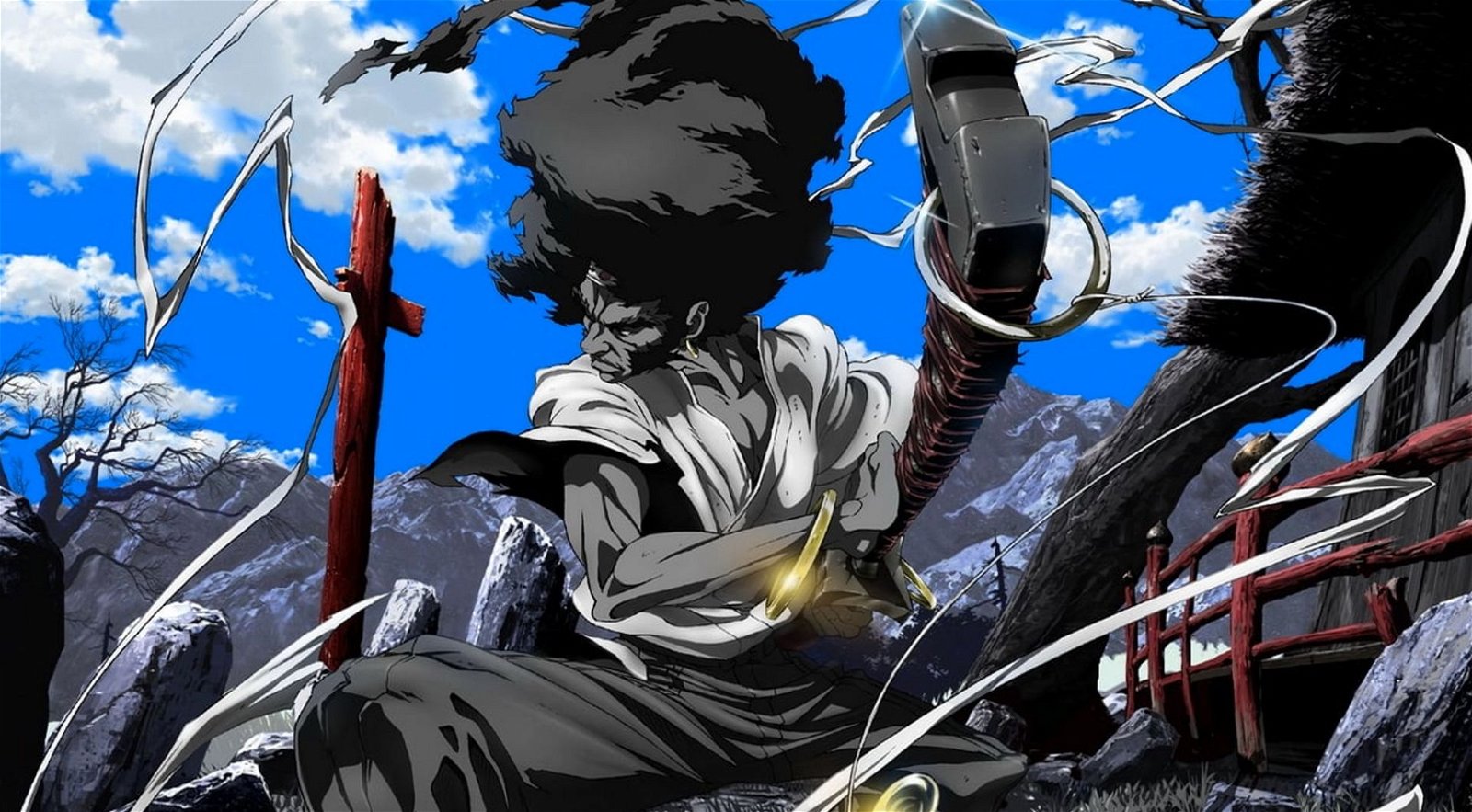 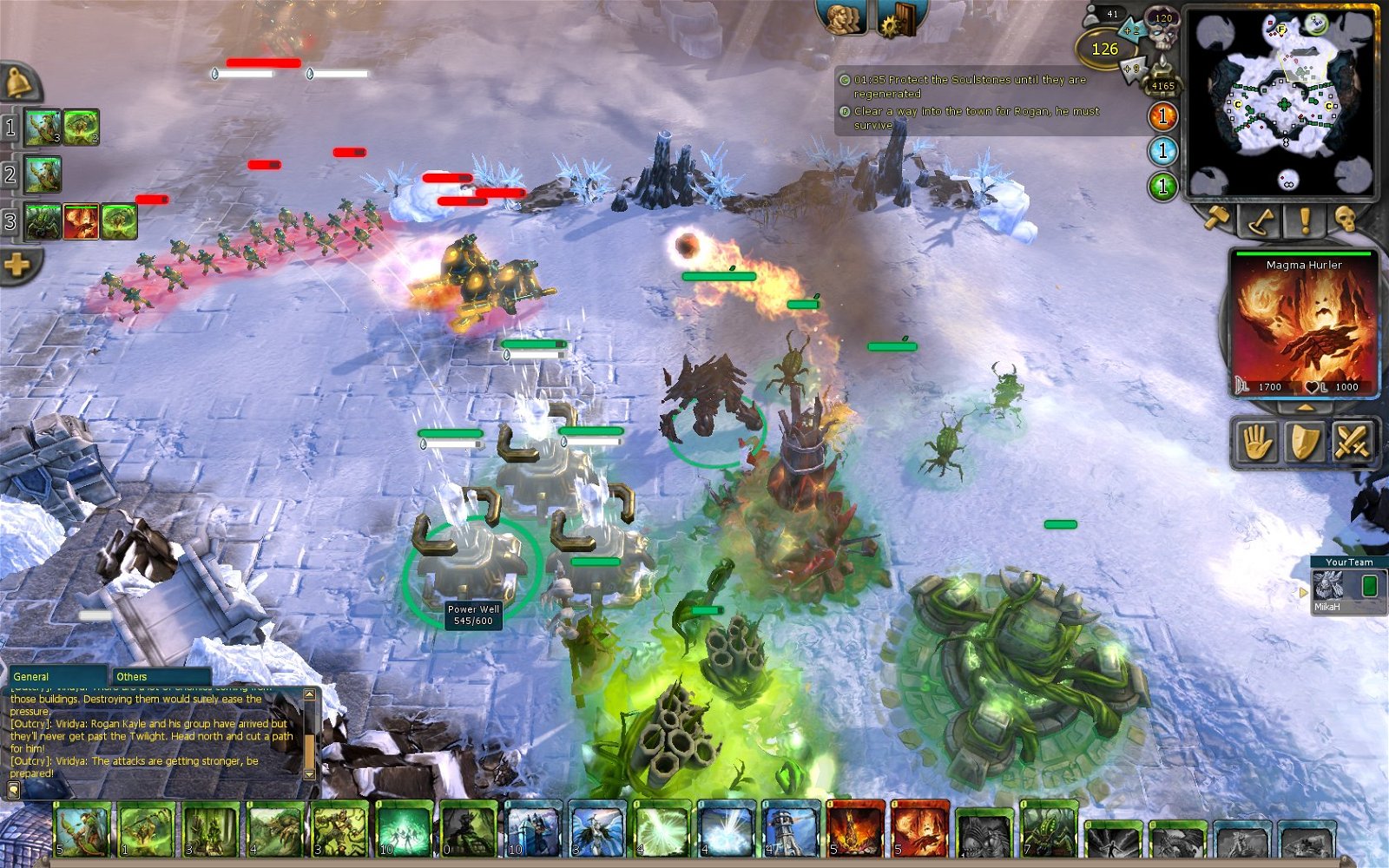 In a traditional monster and magic-based card game players are restricted in a certain sense. The deck can only have so many cards, each player is limited to using what is.... 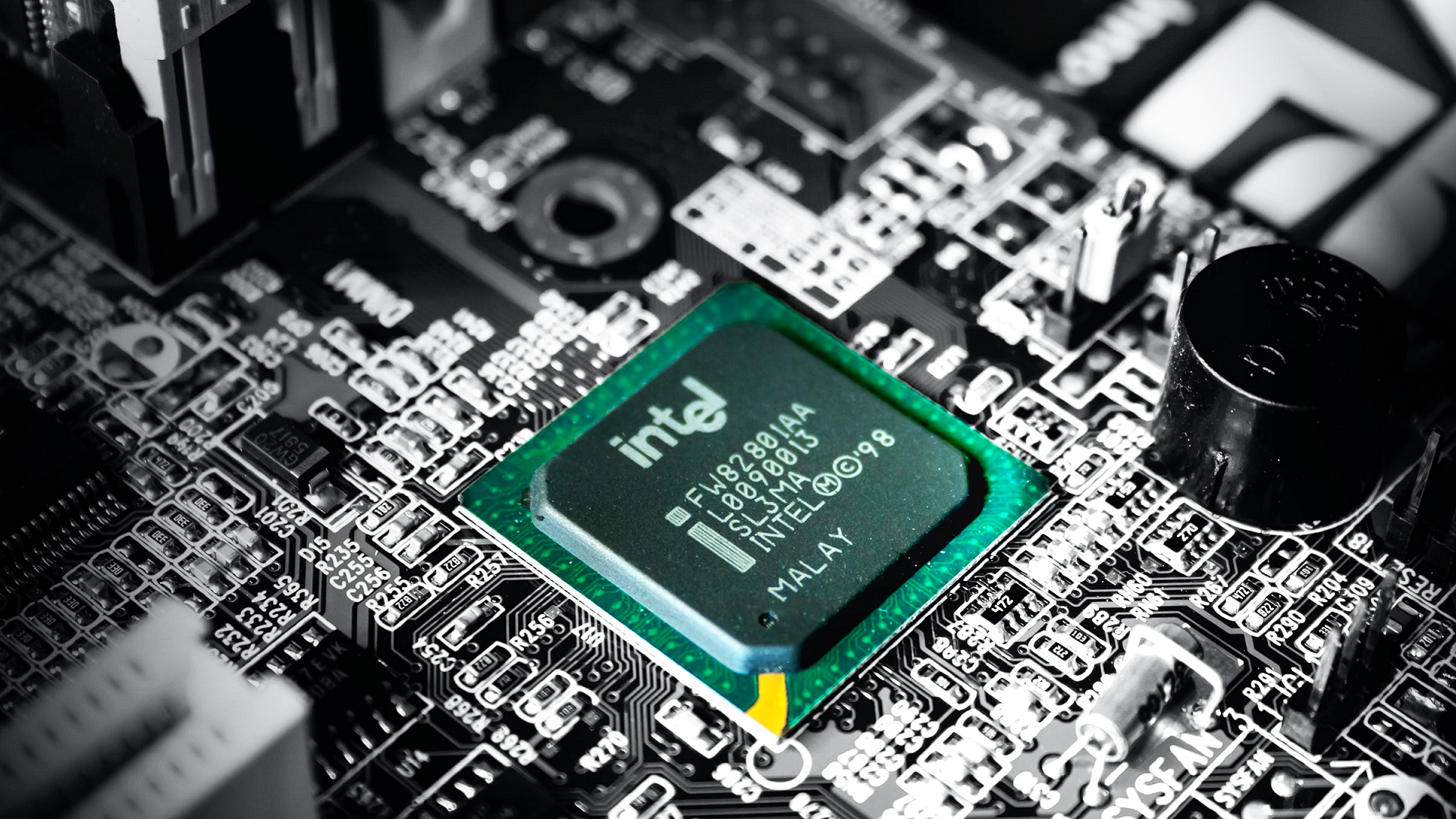 Moving away from gaming laptops to full-fledged gaming PCs, Intel has not long launched the first of its desktop Arc graphics cards: the A380. Unfortunately, it’s failing to make a splash....