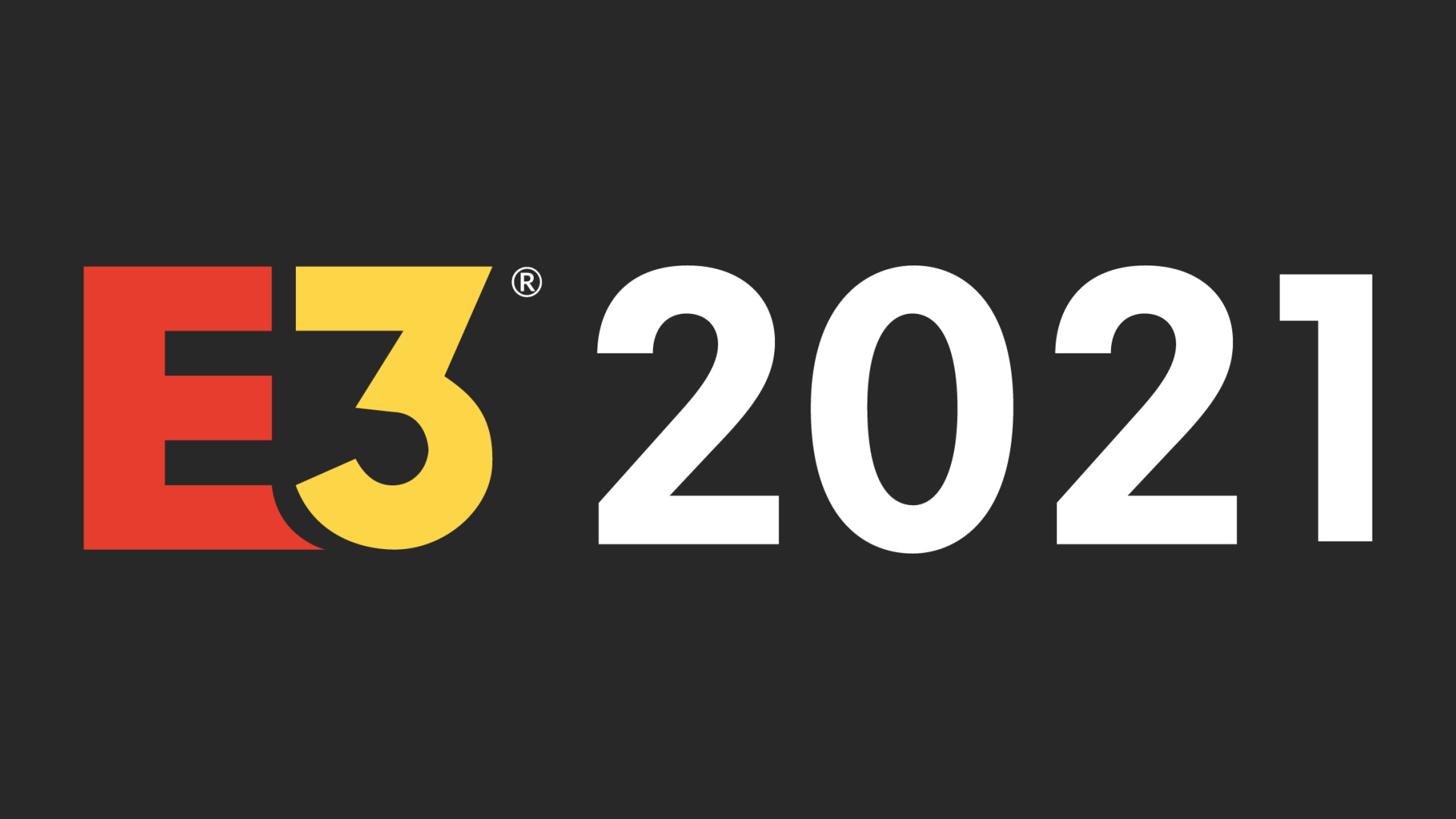 Tons of planned tech conventions and live events were canceled in 2020 due to the COVID-19 pandemic. That included the 2020 edition of E3 (Electronic Entertainment Expo), the massive annual video game trade show that is usually held in Los Angeles. However, most of the major game publishers held livestreams during the planned E3 2020 week that showed off their upcoming game lineup. So will things stay the same for E3 2021?

E3 is the annual trade show and conference for video games. It is organized by the Electronic Software Association (ESA), the official US trade association for the video game industry. The first E3 was held in 1995. With just a few exceptions, the show had been held each year at the Los Angeles Convention Center. As mentioned, the 2020 edition was canceled due to the COVID-19 outbreak.

Officially, the virtual event is being held from Saturday, June 12 through Tuesday, June 15. However, there were a few gaming-themed livestreams and announcements that were made starting on Wednesday, June 9.

Yes, you can! You can go ahead and register to check out the virtual event right now at the E3 website. The best news? It will be free to access.

Media outlets, video game online influencers, and industry members can also register for E3 2021. Registered users can access virtual booths from game developers and publishers, along with online lounges and forums for attendees to chat with other video game fans. It will also let users access the official E3 livestream, with extra features like online polls, featured tweets from viewers, and more. Also for the first time, there will be an official E3 awards event at the closing of the Expo. Details about that event have yet to be revealed as of writing.

What publishers and companies will be “attending” E3 2021?

Many companies will have virtual booths to visit online at the E3 portal. Other companies will just be holding livestream events during the week, including a couple that are not “officially” a part of the Expo. Here’s a list of the official game publishers that will be a part of the virtual trade show in 2021.

Sony is once again bypassing E3 this year and Konami won’t be there either. Electronic Arts will also officially not be attending, although it did reveal Battlefield 2042 just before E3 2021 began. Instead, EA is set to hold an EA Play showcase over a month later on July 22. Activision Blizzard won’t officially have a presence, but some new info on Activision and Blizzard games were revealed in other livestreams.

Here’s what’s coming up for E3 2021 in terms of scheduled live stream events.

Here’s another major showcase coming on the last day of E3 2021. Nintendo has already said it plans to show off some games for its Nintendo Switch console during the livestream but there are persistent rumors that it could also reveal a “Switch Pro” console as well. You can catch this presentation on the company’s YouTube channel.

Another Japanese publisher will show off some upcoming games on the final day of E3, as part of the Expo’s official portal.

The ESA will hold the first official E3 awards this year as the last event of the Expo. We will have more info on these awards as they are announced.

Two days after E3 2021 officially concludes, Microsoft will hold another live stream that will go into more depth about some of the company’s upcoming games. It will feature chats with Microsoft’s first-party developers including Double Fine, Obsidian, Ninja Theory, Rare, and others. We don’t expect any new announcements, but we could get some new info on upcoming games like Psychonauts 2, Hellblade 2, and more.

Two years after it was first revealed at E3 2019, From Software finally showed off some actual gameplay from its upcoming fantasy RPG. This will be a collaboration between Hidetaka Miyazaki, the main designer of Dark Souls, and George R. R. Martin, the man who wrote the Game of Thrones novels. We also got a release date, and it’s coming sooner than you might think: January 21, 2022 for PC, PlayStation 4/5, Xbox One, and Xbox Series X/S.

One of Bethesda Softworks’ first major games under its new Microsoft owners will be this sci-fi space-based RPG. We got a teaser trailer and also got a release date of November 11, 2022 during E3 2021. The game will naturally be available on Xbox Series X/S consoles and PC.

Ubisoft’s delayed next game in the Rainbow Six tactical shooter series has a new name (previously the game was called Rainbow Six: Contamination). The game itself will see you and two other players fight it out against some strange alien invaders. The game is due on September 16 on PC, PlayStation 4/5, Xbox One, and Xbox Series X/S.

Bethesda Softworks also revealed another upcoming game for its Microsoft owners. It’s due out in Summer 2022 from Dishonored and Prey developer Arkane Studios. The game is an open-world co-op first-person shooter where you and some friends have to take out some blood-thirsty vampires.

Microsoft’s long-delayed next game in the Halo series from developer 343 Industries shows off a multiplayer trailer as part of E3 2021. It also revealed that the multiplayer part of the game will be free to play. The first section of the multiplayer portion, plus the full campaign game, will both be released sometime in the “holiday” period of 2021.

Gearbox Software announced this spin-off of its highly popular Borderlands looter-shooter game at E3 2021.  It’s a fantasy-themed game centering on the Borderlands character of Tiny Tina. It’s due out from publisher 2K games sometime in early 2022.

Blizzard announced that its remaster of its classic fantasy action RPG will be released on September 23 for the PC, Xbox One, Xbox Series X|S, PlayStation 4, PlayStation 5, and Nintendo Switch. It also showed off a cool new gameplay trailer.

Razer held its first E3 live stream event this week. It used the event to reveal a new PC gaming laptop. The new version of its Razer Blade 14 notebook is the first such laptop from the company that uses an AMD CPU. Specifically, the 14-inch notebook has a speedy AMD Ryzen 9 5900HX processor, combined with Nvidia GPUs, up to a GeForce RTX 3080 chip. Prices start at $1,799 for the laptop and it’s on sale now at Razer’s website.

The event also revealed a new Razer Raptor 27 monitor. The 27-inch display has a 165Hz Quad HD screen. That monitor is due out in the third quarter of 2021 for the price of $799.

We think, and in some cases, hope against hope, that some of these games and news announcements will still be revealed at E3 2021:

Breath of the Wild sequel

It’s hard to believe that it’s been nearly two years since Nintendo announced the sequel to The Legend of Zelda: Breath of the Wild back at E3 2019 (trailer above). Since then, it’s largely been radio silence.

Still, it’s probably the most anticipated upcoming Nintendo Switch game there is at the moment, and what better time to announce an official release date than E3 2021?

The game was alluded to at the February 2021 Nintendo Direct, but the most offered up was the statement, “development is proceeding smoothly and we should be able to bring you some information this year.”

Hopefully, that means the long wait is nearly over. Even if it’s just another trailer with a 2022 release date, any news would be good news for Zelda fans.

Breath of the Wild was Nintendo’s killer launch title for the Nintendo Switch, so in a way, it makes sense that the sequel would launch alongside some new hardware.

This “Nintendo Switch Pro” or “Super Nintendo Switch” or whatever we want to call it has long been rumored, but if those rumors are correct, it’s drawing close to a release date. That doesn’t necessarily mean we’ll see a 2021 release date, but hopefully Nintendo will at least acknowledge its existence.

There’s plenty of room for improvement over the original Switch. Even minor things like Bluetooth audio support and improved Joy-cons would be nice, although obviously, we’re hoping for some suped-up internals or even new 4K-ready hardware in the dock.

Before we move on from Nintendo there’s one more major title that we’re hoping to see at E3 2021, and that’s Metroid Prime 4. While the game was first announced at E3 2017, development essentially restarted from scratch in early 2019 when Nintendo decided it didn’t meet their internal standards.

That was more than two years ago now, so it’s about time the world gets a taste of what the revamped sequel entails. Even if it’s just a trailer, it would be great news for fans of Metroid Prime, who haven’t had a new game in the series since 2007. That’s two whole consoles ago, for those keeping score. 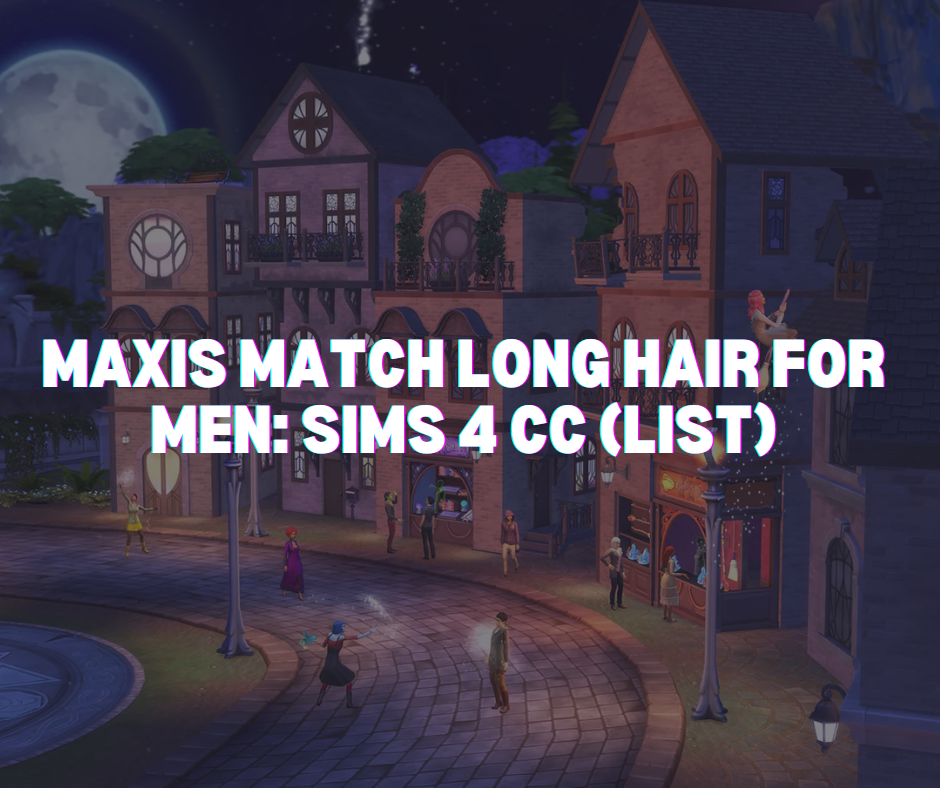 Are you looking for a new hairstyle for your male sim? If yes, then you can download Sims 4 Maxis Match Long Hair Custom Content that will allow you to style.... 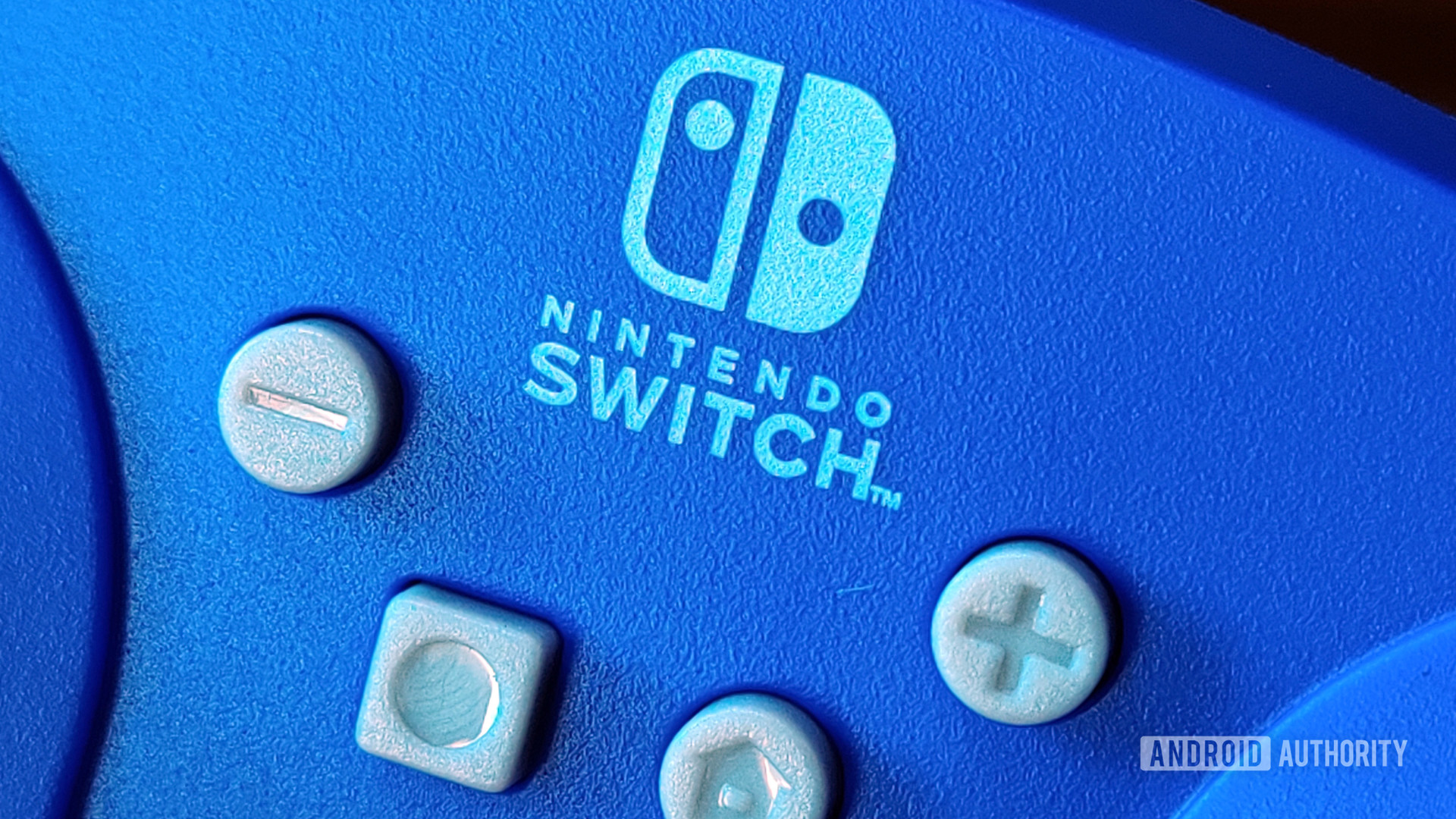 Nintendo Switch Pro: What we know so far (July 6)

Nintendo Switch Pro: What we know so far (July 6)

C. Scott Brown / Android Authority It might be hard to fathom, but the Nintendo Switch is over four years old. Even when it launched, the hybrid gaming console was no.... 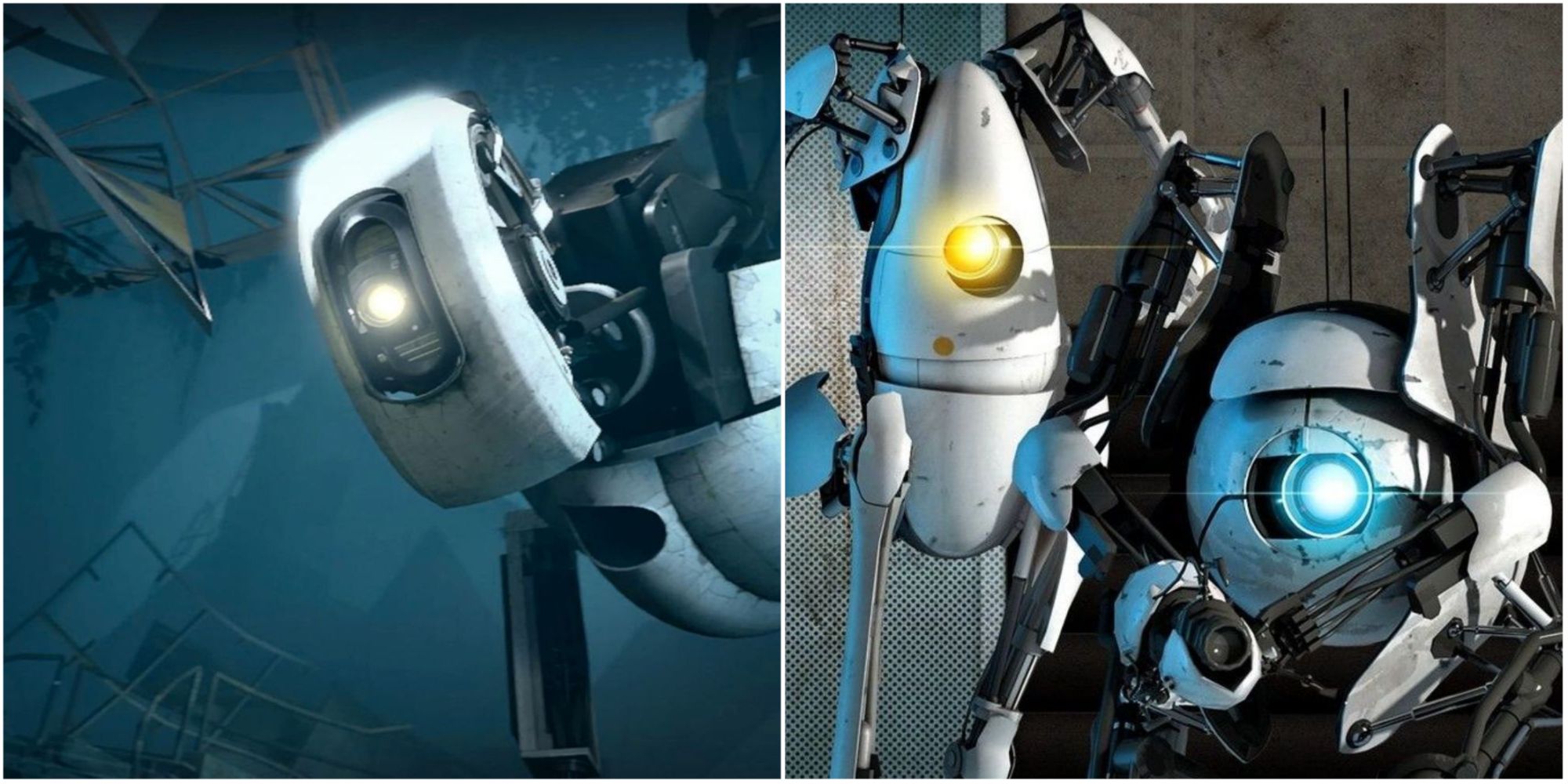 Portal 2 is one of the most famous puzzle games of all time. One of the reasons it’s so well-known is because it was developed by Valve. But mostly, its fame....