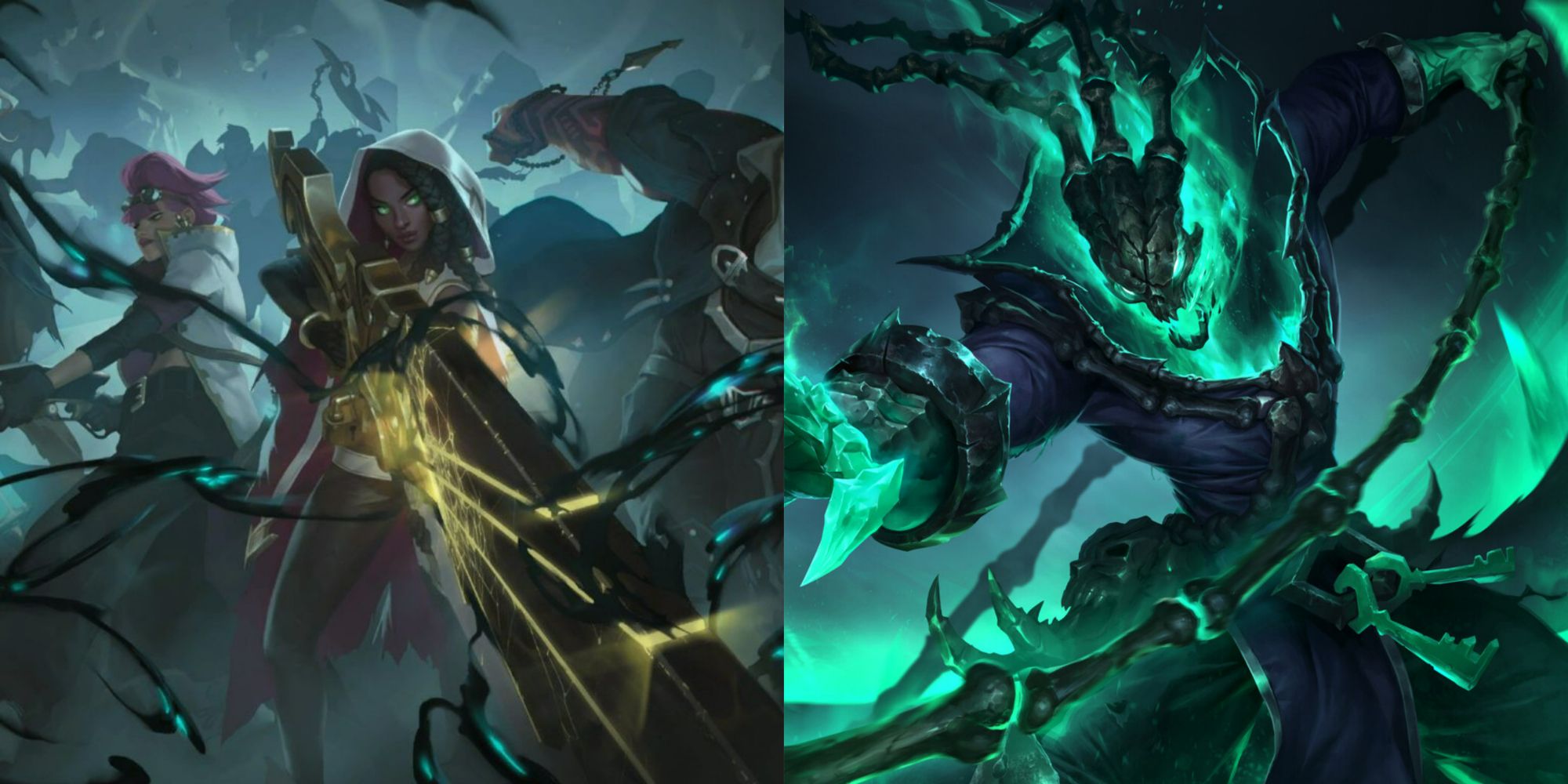 The Shadow Isles is one of Runeterra’s most iconic zones thanks to the publicity it got between the Ruination event in League of Legends and the game The Ruined King: A League of Legends Story. So, it stands to reason that many of your favorite characters from this region would be in Legends of Runeterra too.

RELATED: Relatable Things We All Do With A Trading Card Game

The Shadow Isles has a total of eleven champions currently, all of whom are relatively unique in their own right. That said, some of them are clearly meant to be paired with one another, making it tempting to only use Shadow Isles champions in a given deck. Either way, let’s look at which of these champions are the best in the region, and if you’re just getting into Legends of Runeterra, check out our starter guide here.

Disclaimer: Generally speaking, all the champions in Legends of Runeterra are win conditions in their own right. As such, almost any one of them can single-handedly win a game if they’re left unchecked by your opponent. With that in mind, the following ranking system does not take this into consideration but rather considers everything else about the card, such as mana cost-to-stats ratio, its effect, its evolution conditions, how easy it is for an opponent to deal with said card, and more.

Kindred is at the bottom of this list for two main reasons. First, her mana cost-to-stats ratio is not the best, being four mana for four-attack, three-health. With your opponent at a minimum of four mana (to seven, depending on spell-mana), dealing three damage to kill Kindred is no big deal.

Plus, she can’t inherently buff herself unless she’s leveled up, which leads to the second reason: leveling her up takes at least two rounds to do. Keeping a three-health unit alive for that long through the mid-game, and all the while trying to efficiently slay at least one enemy per round to level her up, can be a bit challenging.

Nocturne is low on this list for a similar reason as Kindred: you’re spending four mana for three health. He’s one higher than her, though, because he’s got one extra attack, and, more importantly, he can be leveled up while not in play, meaning you can play him as a six-attack, four-health unit for four mana which is better value. Also, his Vulnerable effect is pretty neat.

Gwen is up next because, unlike the two champions preceding her, you’re spending four mana and getting four health instead of three. While she only has three attack, her Quick Attack, and Hallowed keywords help her survive attacking. That said, the only way to level her up is to deal damage with her, which most of the time (excepting some spells) means attacking directly with her, which leaves her vulnerable to blockers.

Maokai is this low on this list, not because he’s necessarily bad but because of how niche of a function he serves. In other words, outside of Deep-focused decks, Maokai is tough to utilize effectively. Indeed, you could run a deck that focuses on Ephemeral minions. Still, unless Toss is an integral part of your deck, Maokai is unplayable until he’s leveled up, lest you risk Tossing some valuable cards while he’s in play.

Nonetheless, his level-up effect is bonkers and one of the best in the game, even better the earlier you proc it. Obliterating your opponent’s entire deck, save four non-champion cards, is no joke. Just because of this, he beats out Kindred, Nocturne, and Gwen.

Elise is, simply put, a good stat-body. Her mana cost-to-stats ratio is nice, being two-attack, three-health for two mana, and attacking with her puts more meat on the board through her attack-effect. Also, she has Fearsome, which is difficult to deal with only on turn two, making attacking with her (at least in the early game) relatively safe.

Kalista, like Elise, has a great mana cost-to-stats ratio, being three-attack, four-health for three mana. Unfortunately, she needs to be in play to be leveled up, but you don’t necessarily have to attack with her to do so. Either way, Kalista and Elise are great units to curve out (and are exceptional against aggro decks). The only reason Kalista is higher up on the list than Elise is due to higher stats, which means more resilience to enemy removal spells. Kalista’s level-up effect is also a bit better than Elise’s.

With an almost standard mana cost-to-stats ratio, Hecarim already has decent value. But, like all units above five mana, his six mana cost can be clunky to play if your opponent pacifies him with Recalls, Stuns, and Frostbite. His stat value is barely worse than Elise’s and Kalista’s, but he’s higher up on the list because he has Overwhelm and can be leveled up without being in play.

This allows him to be a six-attack, seven-health unit for six mana, which is above a standard mana cost-to-stats ratio. His base attack-effect also summons a total stat count of four-attack, four-health (ten attack if he’s leveled up), making him a severe threat if able to attack.

Senna’s mana cost-to-stats ratio is, indeed, suboptimal, and she must be leveled up while in play. But, she’s as high as she is due to her passive, which turns all your damage and kill spells that are not already fast-spells, into fast-spells. This effect is underestimated a lot, but it is one of the most powerful ones in the game, as slow-spells are slow-spells for a reason: they’re very strong. Being able to cast them reactively is a massive boon that can help you keep Senna alive longer, among many other things.

Veigar costs four mana for one-attack, four-health. His attack power is low, but it really doesn’t matter, as you have no real need to attack with him in the first place. Thus, his mana cost-to-stats ratio, while lacking, doesn’t matter. All that matters is that he has a nice, chunky amount of health for his mana cost.

Make no mistake, four health in the early game usually takes at least two spells to get rid of, and as long as Veigar is in play, he’s stacking the power of your Darkness, giving him big value for a low-costing unit. Additionally, your opponent needs to waste offensive spells on getting rid of him instead of your minions with more attack, allowing you to threaten their nexus more presently.

Spending five mana for four health is not the best value per se, but Viego is nonetheless this high on this list in spite of his mana cost-to-stats ratio. He is rated as such because he can perpetually buff himself (and other cards can buff him, too) and become a massive stat-body by the time he is played.

Furthermore, his leveled-up round start effect is borderline unfair, as he’s able to steal your strongest unit for the round, and if that unit happens to be a champion, he simply kills it. If it weren’t for his base mana cost-to-stats ratio and a slightly clunky level-up condition, he’d be ranked higher.

Finally, we top off this list with the best Shadow Isles champion: Thresh. This may puzzle you slightly if you consider that he has to be in play to level up and that his mana cost-to-stats ratio is slightly suboptimal. But, as was the case with Veigar, his attack power doesn’t matter as much as the chunky six health he gets for a five mana cost because it enables him to survive longer. He has Challenger, too, allowing you to choose who he attacks, making it easy to trade with him.

But the real reason he’s up here is due to his level-up attack-effect, which straight up summons a champion from your deck. It’s not too hard to trigger and is incredibly strong, as you could potentially have two of the same champion in play at the same time, paving the way for some devastating effects (Zombie Anivia deck, anyone?). This also makes Thresh remarkably versatile in terms of what kinds of decks he can be put in. 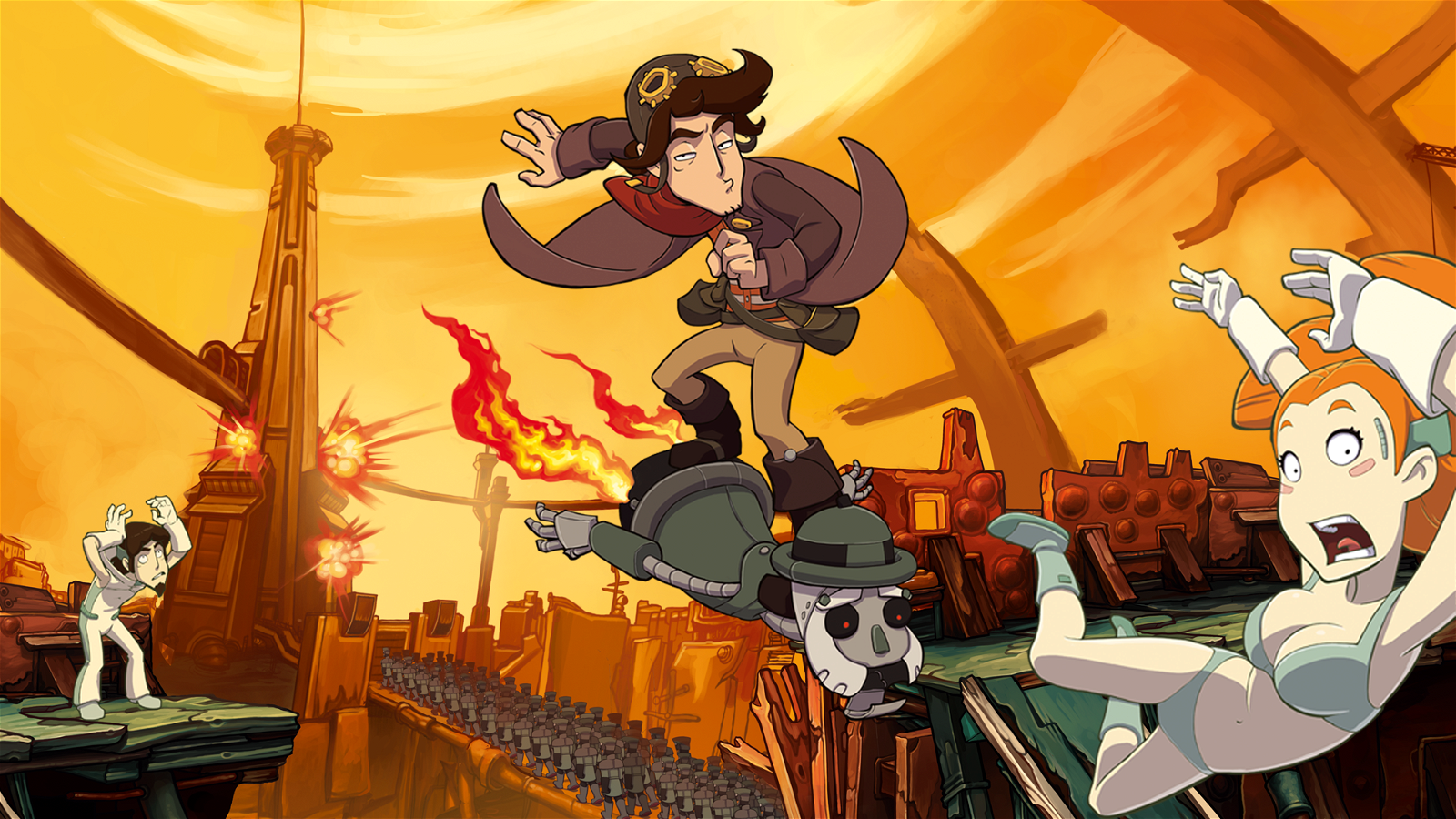 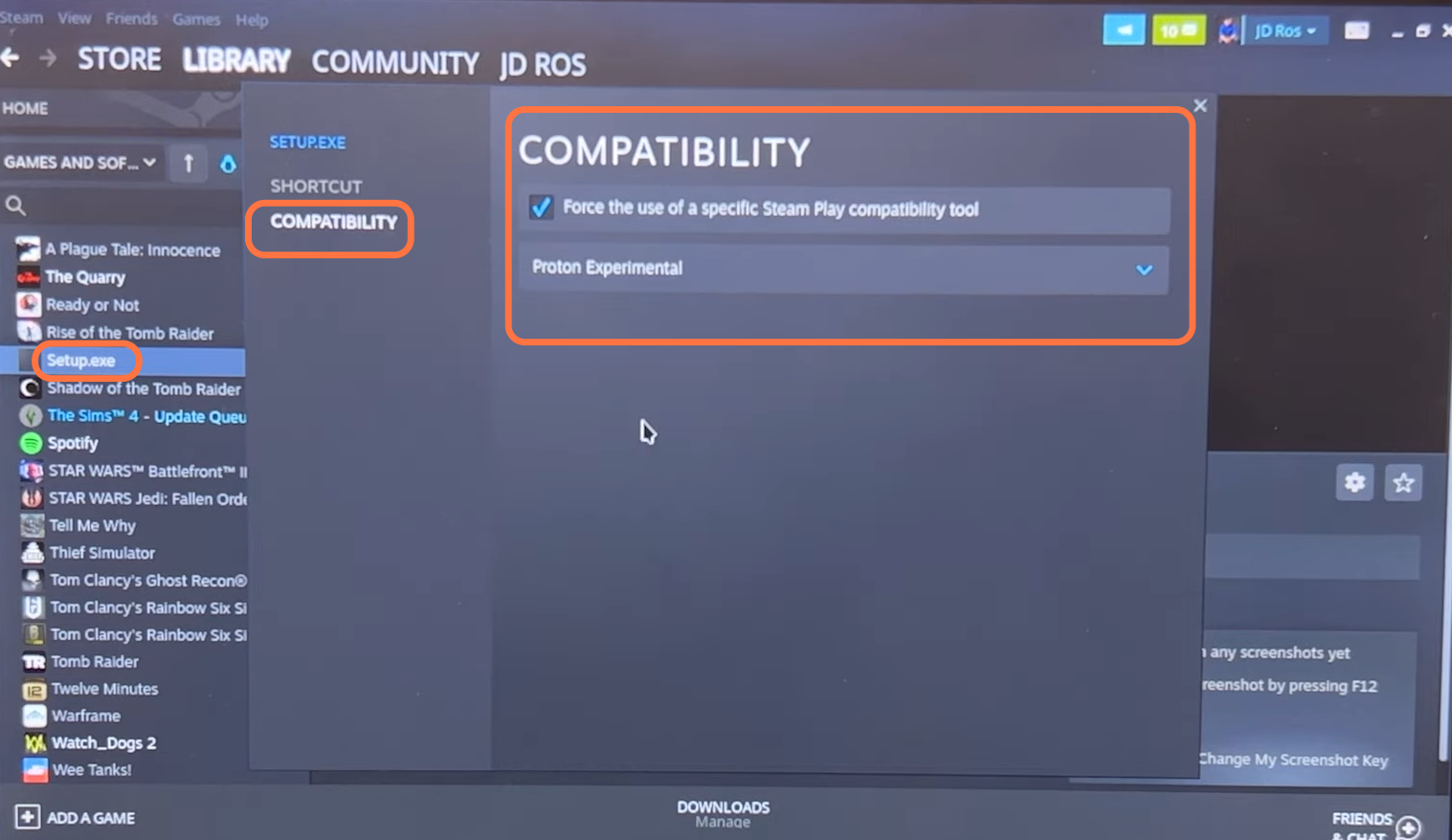 How to Install Quacked Spider-Man RemasteredMiles Morales on Steam Deck

How to Install Quacked Spider-Man RemasteredMiles Morales on Steam Deck

This guide will show you how to Install Quacked Spider-Man Remastered/Miles Morales on the Steam Deck using Steam. For SSD First, you have to boot up your Steam deck and click.... 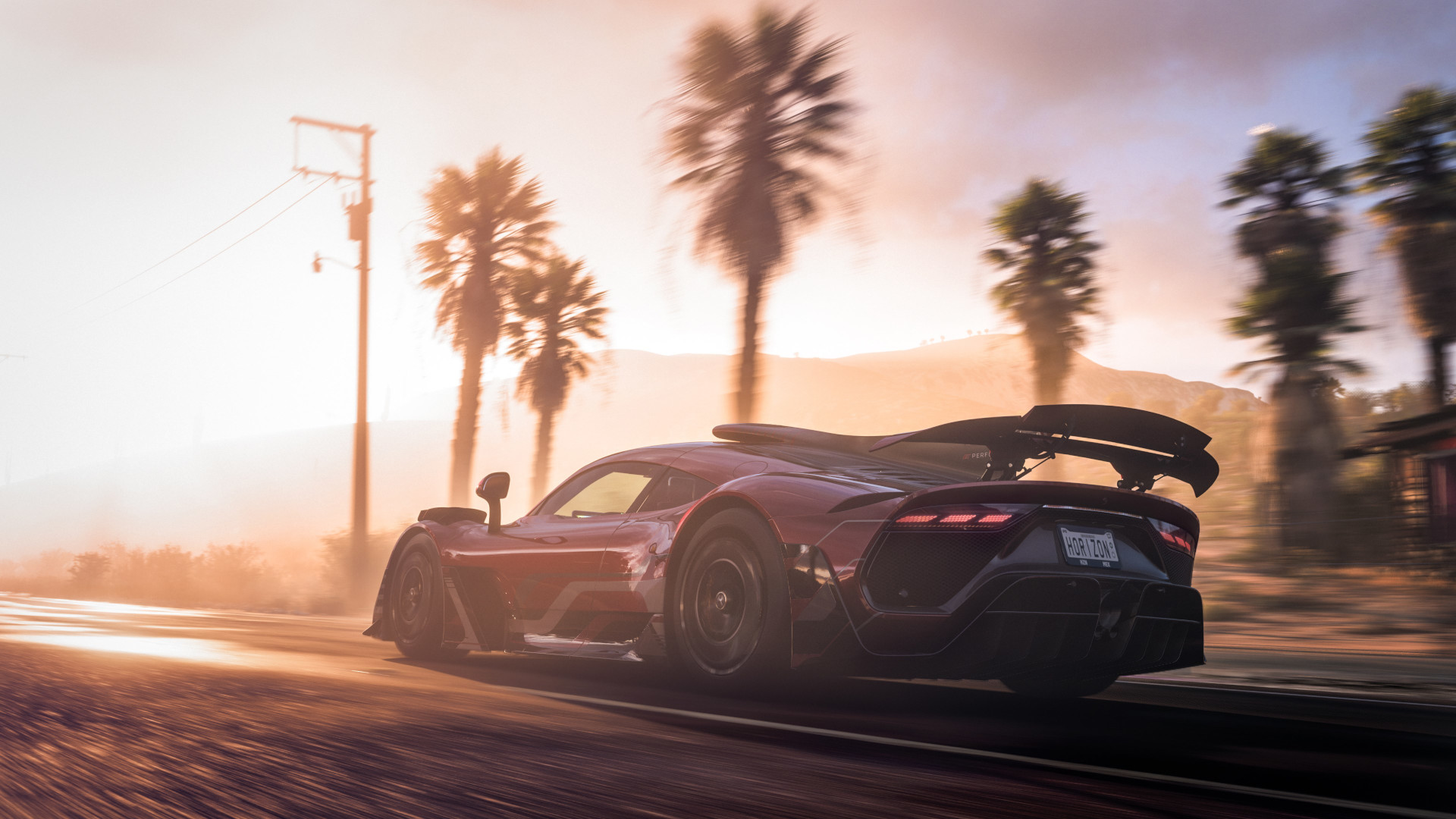 There’s almost always room to boost fps, even if your gaming PC is kitted out with the beefiest graphics card. And let’s face facts, every single frame you can add to....