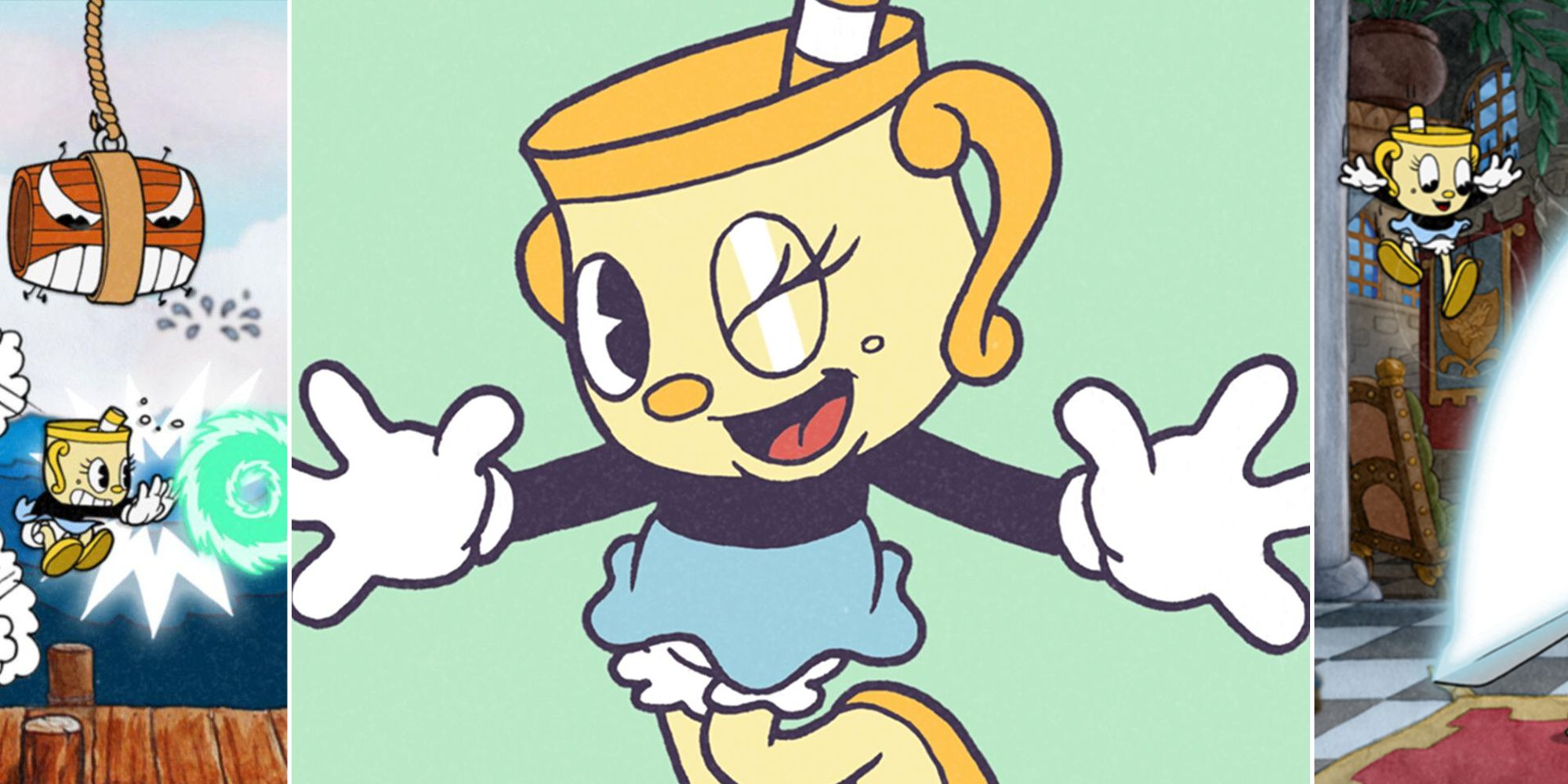 A defining characteristic in Cuphead is the sheer number of colorful characters. This not only refers to the huge, animated bosses but also the NPCs, including the story-based characters you’ll talk to during your adventure. One of the most notable and helpful from the original game is a ghostly figure known as Ms. Chalice.

RELATED: Cuphead: The Delicious Last Course – How To Access The DLC

While she served in more of a support role previously, The Delicious Last Course brought her into the light by making her a fully-fleshed playable character. Though this doesn’t mean you can play the game with three players, it’s cool to have another option and extra strategies.

Who Is Ms. Chalice?

When playing through base Cuphead head, you can find large white mausoleums scattered across the islands. Entering them would reveal an ornate Chalice that you would have to defend from pesky ghosts. Upon doing so, a ghostly figure known as Ms. Chalice would appear to thank you and reward you with a new Super Art.

In The Delicious Last Course, Ms. Chalice is on a quest to return to the physical plane from the astral plane. She’s able to do this whenever one of the cup brothers bites a magical cookie and swaps places with her. This effectively allows her to participate in their adventures.

When you start up the DLC, you’ll receive a new charm – a magic Cookie. You’ll need to equip it in order to play as Ms. Chalice whenever you enter a level. Unfortunately, this takes up the Charm slot, but you get access to a variety of other abilities.

Ms. Chalice comes with four HP, a Dash Parry, a Double Jump, and a Roll. She’s also able to use any of the weapons that you’ve gathered. In plane levels, her Bullets have a three-way spread, and her Bombs fall faster.

Since Ms. Chalice is unable to use the highly valuable Smoke Dash, she must make do with a regular Dash. However, this is also her only way to Parry, which can be landed at any point during the Dash.

Though this means the Dash needs to be used carefully to avoid taking hits, it’s also much safer and more precise. Instead of having to time a Parry while jumping, you can just Dash into it. This is especially handy in the King Dice fight where you need to Parry a die to move across a board.

Another skill that makes Ms. Chalice special is her ability to Roll. There are no Charms that allow the cup brothers to do it, making this a unique ability. Instead of having access to the Smoke Dash, Ms. Chalice can Roll a short distance, completely negating all damage while she does. The Roll is pretty fast and has a range that is slightly shorter than the average Dash.

While it does require you to be on the ground, it can be very helpful in passing through thinner enemies and projectile barrages or when you want to evade and stay close to the ground. For instance, the Roll can be used to evade Beppi The Clown’s bumper car attack.

NEXT: Cuphead: The Delicious Last Course – How To Defeat Chef Saltbaker

What are the best binge shows? See our 19 top picks

What are the best binge shows? See our 19 top picks

Binging is the new normal for watching TV. Fans can race through entire seasons of their favorite shows as fast as they like. The trend arguably started with DVD boxed sets.... 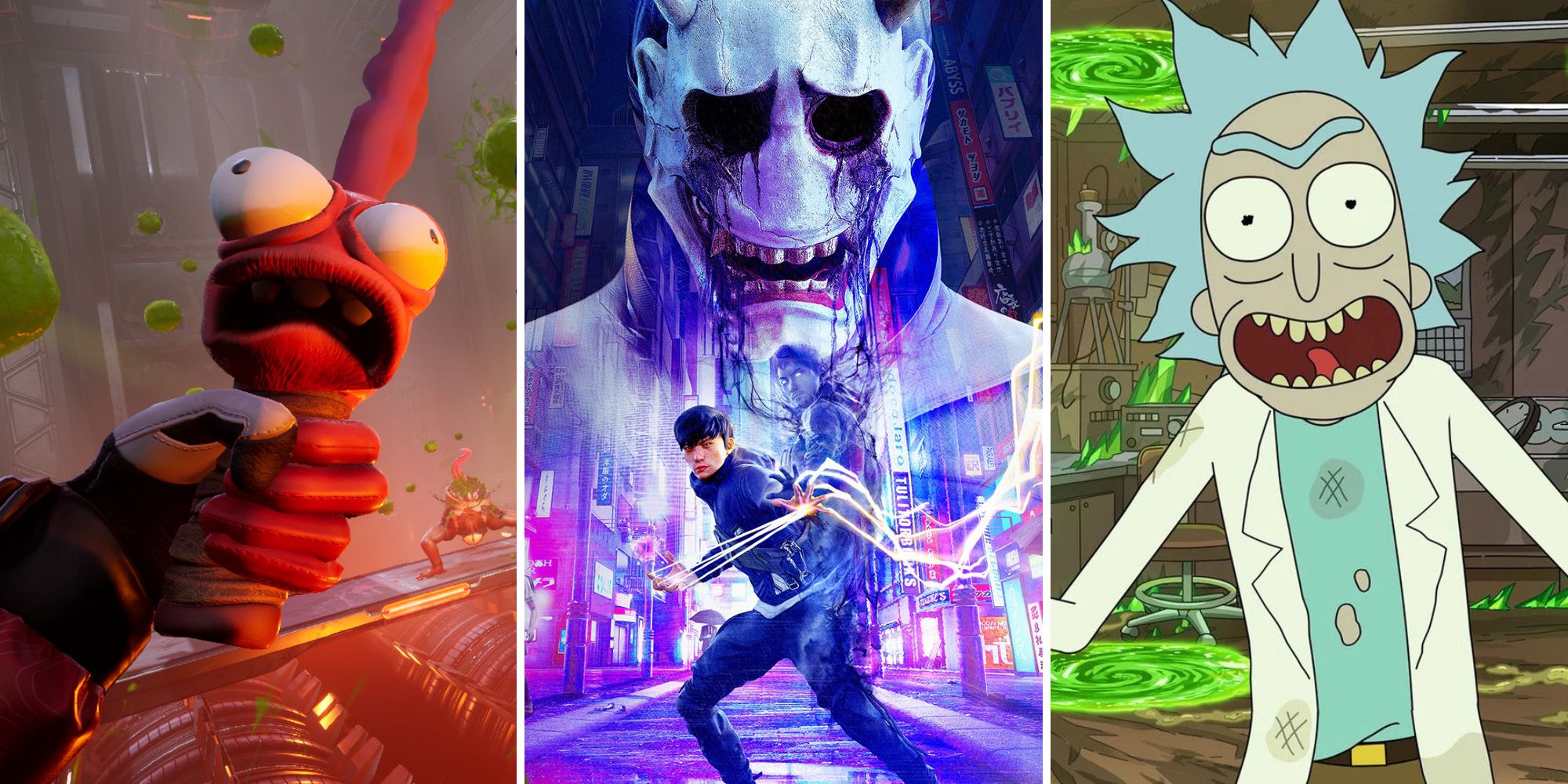