How to choose the right home theater projector for you 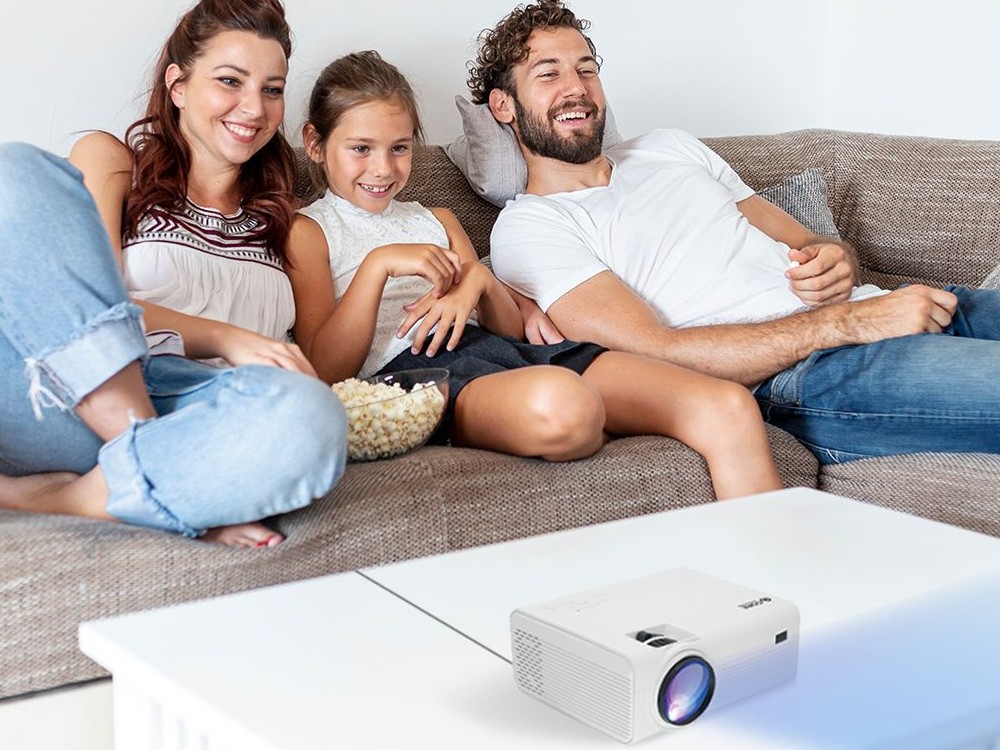 To really put the “theater” in your home theater, there’s nothing quite like a projector capable of beaming a big, bright movie or sporting event image on your wall or accompanying screen, effectively turning your living room or backyard into your own private AMC. A projector can offer an excellent cinematic experience … if you pick the right one. But when you consider all the tech and terms involved in modern projectors — from short-throw projectors to lasers to DLP to LcOS — choosing the right one can be tricky. It’s also important to choose a projector that’s going to be at home in your theater space and not too painful to install and adjust.

If you’re making the leap from a TV to a projector for the first time, some projector specs and requirements may feel overwhelming. Our guide will help you focus on what matters — like choosing what popcorn to buy for your movie night. Let’s jump in!

Start with our guides

Don’t stop at this guide — we have other resources that will be a huge help, too. Our list of the best home theater projectors and best short-throw projectors are a great place to start looking for potential models when you are ready, and they include some FAQs to explain a few important things in more depth.

Our guide on how to set up a home projector is also an invaluable resource that will help you learn about throw distance, important projector placement decisions, and much more when you are ready. We also have some great guides on choosing the right projector screens for indoors and outdoors.

Perhaps the most important question you need to ask yourself is, “How much do I want to spend?” It’s always a good idea to start with budget parameters, especially since a home projector is a significant investment, often costing as much (or sometimes more) than a TV. Have a look online and you’ll see everything from a budget pick for around $600 to a model packed with features for over $3,000. For a proper home theater experience, we recommend sticking to at least the $1,500 to $2,000 range, but there’s wiggle room. And don’t forget about extra expenses like a projector screen, soundbars or sound systems, and a projector mount if you need one.

A “short-throw” projector will cut down this distance by a few feet, making it easier to find a non-ceiling solution for your projector placement, which will make a huge difference.

For a real game-changer, consider an ultra-short throw (UST) projector. These projectors, such as the$3,500 Samsung LSP9T Premiere, operate from only a few inches away from a screen or wall, so they’re excellent for saving on space and time with a home theater … but they also tend to cost more.

The light in a projector can come from two different possible sources — a lamp or a laser. A lightbulb-based lamp typically has a “half-life” of several thousand hours, after which the image quality starts to decline and you’ll want to replace it with a new bulb. A laser projector (and its close cousin, the LED projector) costs more, runs cooler than lamps, and can last up to 30,000 hours, so you won’t need to replace anything over time.

This is generally an easy choice. If you are using your projector in a dedicated theater room where you’ll be watching movies or shows a couple of times a week, a lamp model should suffice and save you some money. If your projector is going to be the home’s primary way to watch anything, it’s better to save up for a laser model for their longevity and improved color and contrast.

Another projector spec is “lumens,” a measurement of how much light a projector puts out. You may also see this listed as “ANSI lumens,” which is just a reference to the governing standards organization, the American National Standards Institute. Brightness isn’t a huge concern unless you’ll be using the projector during the day in a room that gets lots of ambient light or using it with the lights on (like in a living room). Then you’ll want to make sure you’ve got 2,500 lumens or more. Many higher-end projectors go beyond 3,000 lumens, so this may not be a concern. But some projectors are specifically made with dim theater rooms in mind and may not have the lumens to handle a bright room well — again, this is where the room and placement becomes key. As a frame of reference, and as just a neat piece of trivia, a 100-watt lightbulb is about 1,600 lumens, while a candle is a measly 14 lumens.

Decide on a resolution

Support for 4K has become so common in projectors these days, so you should have no trouble finding  models at this resolution. 4K resolution is one of the best ways to take advantage of the larger screens that projectors support, so it’s a great spec to look for. On the other hand, budget projectors are much more likely to cap at 720p or Full HD 1080p, which can cut the cost of the projector significantly. Our advice would be to buy the highest resolution that your budget allows — you don’t want to be upgrading to a 4K down the line.

If you look at projector specs, you’ll start to see info about imaging chips, which is how the projector controls its light. There are three major chip options today — DLP (Digital Light Processing), LCD (Liquid Crystal Display), and LCoS (Liquid Crystal on Silicon).

We’re going to make this step easy for you without getting bogged down in imaging technologies. If you want a great contrast ratio on a projector image that can handle a cinematic experience, look for LCoS. If you want to save as much money as possible, look for LCD. If you are interested in the sharpest picture, look for DLP. But ultimately, don’t make the chip the biggest factor in deciding on the best home projector for you.

A home projector should support the latest viewing technologies for the best image and audio possible and can maximize the experience by allowing you to view movies and TV shows as close to the way the creators intended as possible.

Picture features such as HDR (High Dynamic Range) will make for a brighter picture with much more dynamic contrasts. There are a number of HDR formats, but they all optimize picture quality to be the best it can and function especially well with projectors that have high brightness capabilities.

When it comes to sound, Dolby Atmos is an immersive audio experience that is second to none. While some projectors have Atmos speakers built-in, you can look for projectors that have HDMI eARC ports that allow them to pass high-quality audio, including Atmos, to your surround sound system, should that be a priority.

Keep in mind, though, that your hardware, such as your TV and sound system, as well as the content you’re watching, will also need to support these and other technologies to gain these benefits. You can usually find icons for these capabilities on physical media like discs or streaming sites like Netflix and Amazon Prime Video to let you know it is supported. If you are using something like Google Chromecast or built-in smart platforms in a projector, then you should be able to easily spot format support — most popular shows and movies will have it.  If you’re viewing files from a USB stick, you may not be able to tell if additional standards are present.

How do you plan to watch content on your projector? As we mentioned, many projectors have built-in smart platforms like TVs do, so all you need is a dependable Wi-Fi or Ethernet connection. But you may be planning on a lot more than streaming. If you have Blu-Ray discs, for example, you’ll need a nearby Blu-Ray player and a free HDMI port on your projector (remember that above note about eARC and Dolby Atmos sound, too). If you have additional devices, like an Apple TV and PlayStation 5, that you want to connect, they will need HDMI ports, too — you can see how you might quickly run out of ports for all your connections. Check that your projector has enough connection options to support the setup you have in mind.

If you don’t want to use a smart platform on a projector, you still have options. Some projectors support wireless casting directly from your smartphone. For others, you may have to connect your smartphone with a cable, so the projector will need a USB port that matches your phone’s cable … or you could use a USB-to-HDMI adapter like this Anker model. A USB stick will require a USB port on the projector to function.

Some home projectors come with built-in speakers, but if you want a truly cinematic experience, you’ll want something else. You may want to consider a soundbar or surround sound system for your projector and check that the projector has the necessary ports to support it. You might also be able to connect your projector to your existing home audio setup, like an A/V receiver. Again, you will need to make sure that your projector has enough HDMI ports to add an audio connection. That can help you save a port if you are routing content from one of the consoles or set-top boxes mentioned above, since you would only need a single HDMI connection from your source to the speakers and then to your projector. 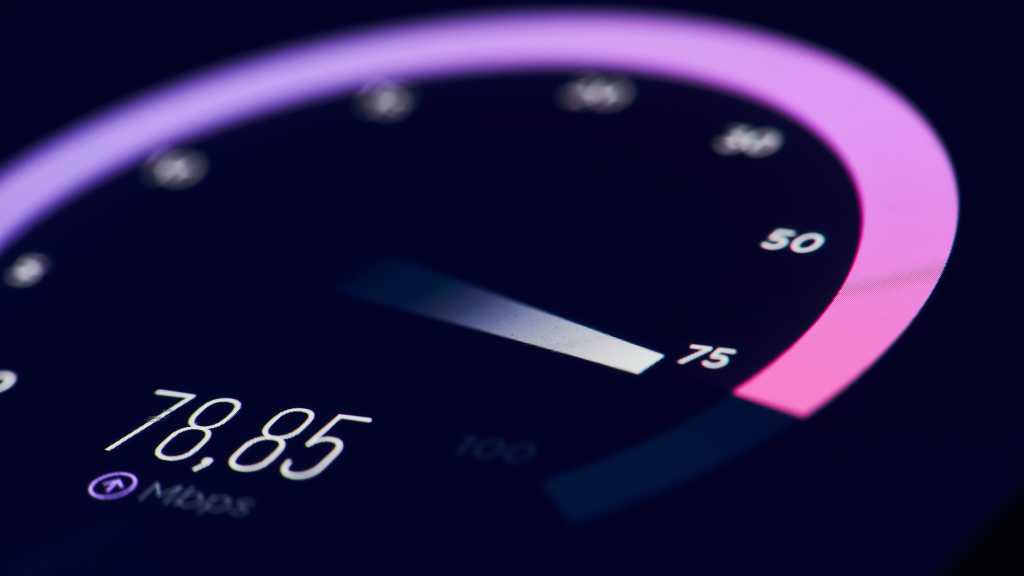 If you want to check whether you’re getting the broadband speed that your provider claims to offer, or you’re trying to find out whether it’s a poor Wi-FI connection causing videos....

If you find yourself spending more and more time planning your pleasant farm line in Stardew Valley, you have plenty of company. But customizing your home and growing your farm requires.... 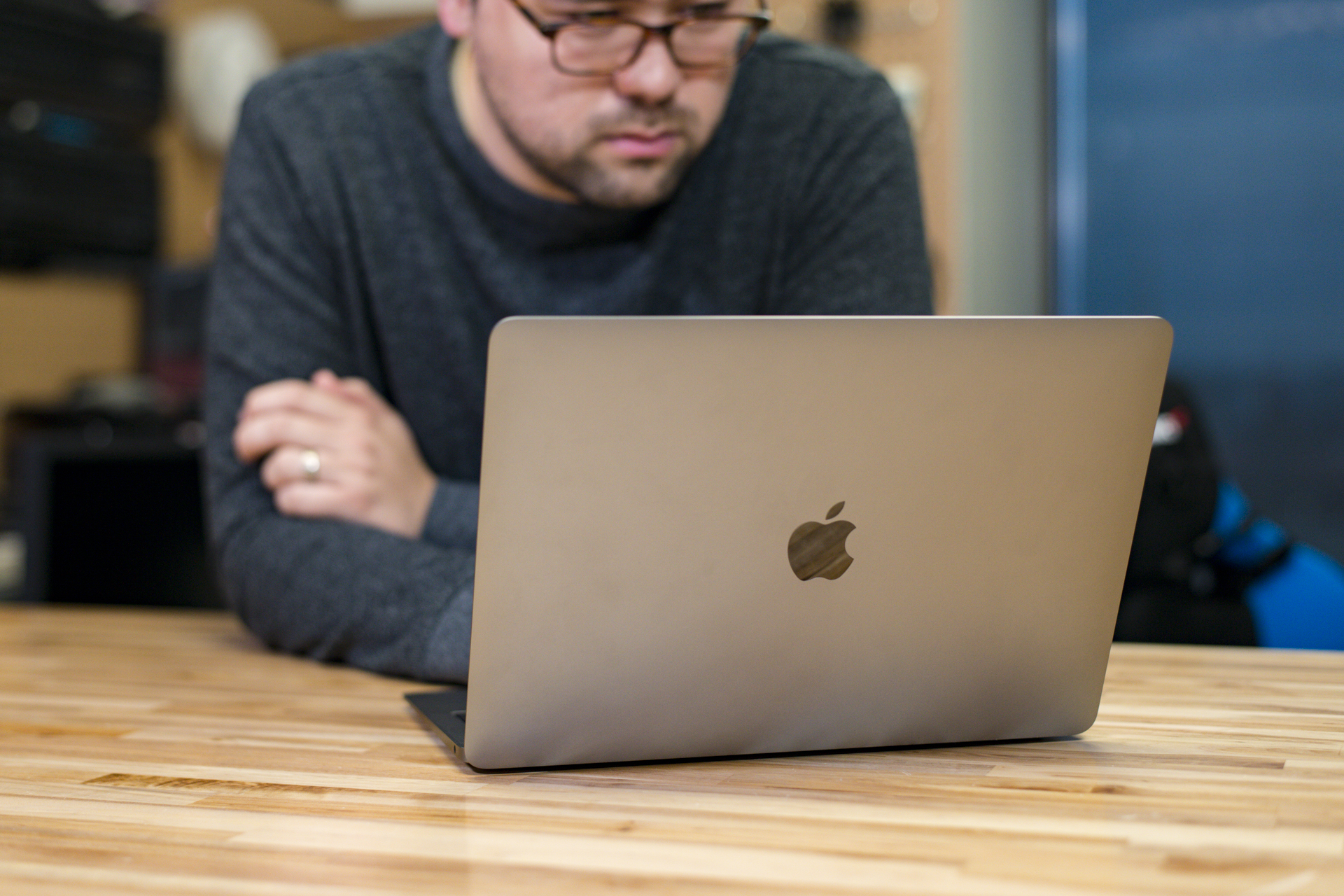 How to Install Windows on a Mac

How to Install Windows on a Mac

Mac and PC might be two distinct camps with quite well-worn battle lines, but that doesn’t mean you can’t have the best of both worlds. Here’s how to install Windows 11....