Four years. For four years you’ve dreamt of beautiful CGI trains carrying solemn looking passengers and one gun-blade wielding woman, whose acrobatics are nearly as impressive as how fast she dispatches her oppressors. Of vibrant explosions and lush landscapes, with cinematics no less breathtaking. If any of this rings true, then you’ve been waiting for Final Fantasy XIII, and since its announcement in 2006, have likely forged an intimate relationship with the virtue that is patience. Needless to say 2010 is here, and your dreams have been answered. Final Fantasy XIII is everything you hoped it would be and more. From the roots up, XIII works from a stellar female protagonist role, a set of absolutely jaw-dropping visuals, an interesting cast of heroes, an intricate and edgy combat system, and builds up into a colossal story quest that you won’t soon forget.

Let’s get the ball rolling by starting with one of XIII’s many memorable aspects: its story. Long gone are the days of Midgar, materia, and gravity defying hair. What we’re given here instead is a macabre world, driven not by its own desire to come across as dark, but by the people who inhabit it. People who, like us, are guided by the desire for a structured social order and a fear of the unknown, and would sooner see bloodshed before they’re willing to change. Welcome to Cocoon, we hope you enjoy your stay. The lore in Final Fantasy XIII is not only fascinating, it also possesses layers of depth that will take some dedicated reading time to catch up on.

It’s fair to say that diving into the game’s plot without first devoting some time to reading XIII’s readily available history logs (available from the game’s menu right from the get-go) will leave some players feeling a little out of the loop for the first handful of hours. Finding some time to explore the game’s logs at the start of your XIII career will serve you in the long run, and will help to make the plight of Cocoon’s inhabitants all the clearer. In a nutshell, citizens who come into contact with the world’s god-like figures are cursed with a “focus” – a hidden task whose unforgiving time limit results in the bearer’s unavoidable transformation into a monster. Adversely, succeed in your focus, and you’re granted eternal life by being changed to crystal. Either way, the end is grim and nigh for those chosen, and the fact that they are exiled and hunted as monsters doesn’t make the task any easier.

It’s the way that these inhabitants are so relatable in their everyday pursuits that the game’s cast is brought to life. The star of the show here is arguable at best, but it seems only fair to start with Lightning – our hardened soldier of a protagonist revealed to us in 2006 during our first glimpse of a train ride gone wrong. You might say that she is the Joan of Arc of 2010, and the proper, anti-Barbie heroine that the gaming industry and community have been craving. An ex-soldier of the people’s military, her sole desire as we’re introduced to her is to find and save her only sister from the curse of her focus, and it’s here with Lightning’s sister that an intricate web of relationships between the game’s six protagonists is formed. A fiancé fighting to save his love, a father who wants to protect his son, a boy looking to avenge his dead mother, and two women whose pasts will threaten to jeopardize the entire cause. And though the voice acting is often hit-or-miss, each character is well developed and presented accurately through their dialogue.

Each with their own agenda, the six are brought together to witness Lightning’s sibling turn into a crystallized apparition of herself – whose focus was seemingly to have the group brought together – and to be cursed with a focus of their own: save the world. This mission may seem to be a commonplace charge for the heroes of today, but Cocoon is one world that is in dire need of some saving. Sadly, in order to usher our heroes quickly down the road to reshaping the world, free-roaming has been all but abolished, and although the linear design of each environment works in tandem with spinning a very compelling yarn, one can’t help but feel that the game’s guiding hand is a tad on the forceful side.

Final Fantasy XIII is one story that you should definitely judge by its cover. Square Enix has pushed the boundaries of CGI beauty, and every chapter of this well told tale will greet you with an explosively sharp and detailed fantasy world rivaled only by its own unbelievable cinematic interludes. Combat animations, weapon designs, magic attacks, summon spirits, sprite expressions, and mountainsides. Every detail of every aspect of XIII is present and refined. Be forewarned: some of these cinematics may have you giddy like a schoolgirl, and are best viewed in solitude at the risk of your own social standing. It’s easy to say and requires little elaboration: Final Fantasy XIII is beautiful.

So you’ve got a deep storyline inhabiting a rich and carefully designed world – what’s left to do in it? Fight. XIII’s combat system is intricate to say the least, and you won’t find yourself free of battle tutorials until you’ve exhausted all that the game has to offer your arsenal. The mechanic here feels like something of an intimate blend between a turn-based RPG and a real-time action engine. Actions are chosen in real-time battles, and are executed once the number of action panels required to perform your choices have been filled. Whether to consume two panels to perform an area-of-effect attack, or use those panels to perform a melee attack and a spell cast are choices you will need to make on the fly, as your opponent’s action gauges refill themselves in real-time. Though your characters are far from stationary, their movements are not directly controlled and are instead the result of your chosen actions, giving far more weight to your strategies than simply picking the flashiest long-range or melee abilities. Avoiding a massive enemy melee attack may very well cost you a spell in lieu of a melee attack, but it’s choices like these that will determine victory and defeat.

The real defining feature at play during each fight is the Paradigm System. New to the series, this elaborate strategy mechanic will require some careful planning and quick mastery in order to progress through the game, but feels very rewarding to tinker with. Each of the game’s six characters possesses a handful of six roles accessible to them: Commando, Ravager, Sentinel, Synergist, Medic, and Saboteur. These roles act as damage dealers, defenders, buffers, healers, and de-buffers, and are essential in the pursuit of victory. By assigning each of your three party members with a role you will create a paradigm, up to a maximum of six, which can be swapped on the fly during combat. Each enemy and boss encounter will feature a stagger bar, and filling this bar by dealing damage with ravagers and commandos will make tougher enemies and bosses susceptible to significant amounts of hurt. In this sense, a coordinated rotation of each role is required in order to properly defeat each of the game’s many magnificent bosses, and it isn’t long before you learn the hard way that rotating your paradigms on the fly is a life-saving necessity. This amount of diversity leaves all of your characters unbound to a specific combat role, and is a breath of fresh air in terms of freely developing a character.

Gone are the days of gaining levels from experience. To compliment the intricate Paradigm System is the Crystarium – a web of abilities and passive attribute upgrades that are purchased by spending experience points for each character. Each of these webs hosts abilities that are beneficial to a specific paradigm role, and so leveling up Lightning’s commando tree is a wise choice if she often plays that role in your designed lineups. Though crystariums for each role (and thus access to each of the six roles) become available to all of the characters later in the game, the newly acquired roles are essentially obsolete after having devoted so many experience points to the development of other trees. Between mastering the Paradigm System and choosing the leveling routes of each of your characters, XIII’s combat mechanics will have you fixated and strategizing well into your adventure, and creates a personalized experience for each player based on their tastes.

It was a long wait, but Final Fantasy XIII has finally arrived, and with it, a new bar has been set for the series. Superb storytelling, a very human cast, and visuals that will change your life, there is nothing to stop anyone from enjoying what this adventure has to offer. Though there were some issues with how linear the adventure felt and how unreliable the voice acting could be, my attentions were otherwise overwhelmed by the sheer potential that XIII brought to the table. Final Fantasy XIII was well worth the wait. 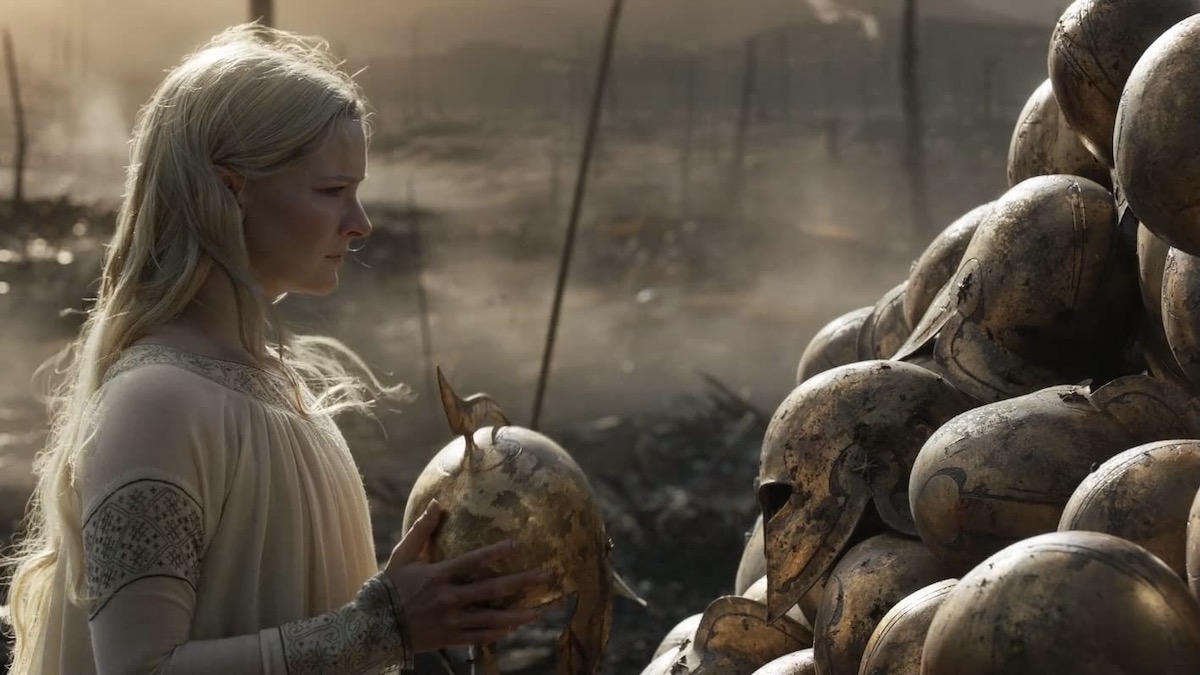 Fantasy fans have a lot of TV to look forward to as we enter the final stretch of 2022. HBO is launching its Game of Thrones prequel series House of the....

Even more so than the mainline Borderlands games, Tiny Tina’s Wonderlands thrives on its deep and varied system of progression and customization. True to its D&D fantasy themes, players can choose....

Every story has a primary antagonist. There may be a few lesser bad guys, either under their command or unrelated to them entirely, but there’s always one final big bad at....