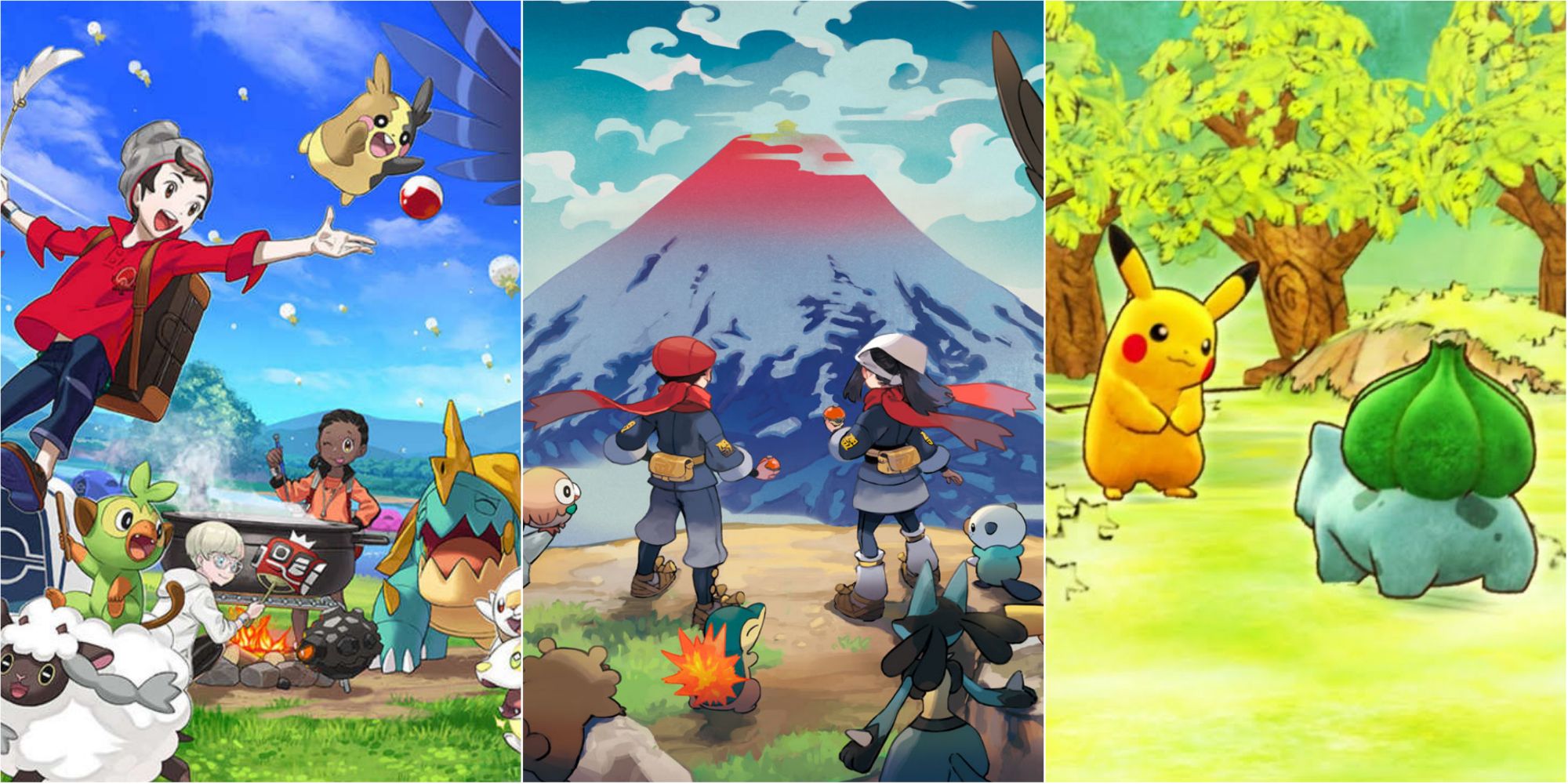 The Pokemon series has made its mark across almost every Nintendo console from the Game Boy to the 3DS, and the Nintendo Switch is no different. The system has a range of main series titles and spin-off games for you to sink your teeth into, so when it comes to the Switch, you’re never really left wanting when it comes to Pokemon content.

Related: The File Size Of Every Core Pokemon Game

However, with such choice available to you, there also comes the question of which games are worth your time. Whether you’re a seasoned Pokemon trainer or entering the fray of Pokemon battles for the very first time, deciding which game to dive into next can be difficult, and it also depends on whether you’re searching for the classic Pokemon adventure, or something a little different in the wide and wonderful world of Pokemon. While there are more Pokemon titles available on Nintendo Switch Online, we’re sticking to official releases for this one.

The first-ever Pokemon title on the switch, Pokken Tournament DX takes inspiration from the Tekken series (if you couldn’t already guess by the name) and is an arcade-style fighting game. Though it was a port of a Wii U title, the Switch version added a few more Pokemon that you could fight as, including Darkrai and Scizor.

The Switch version didn’t add much else though, other than the slightly crisper graphics, and the fact that you could play the game anywhere without having to lug the heavy Wii U gamepad around.

Move over pixel sprites and 3D models — Pokemon are cubed now. In Pokemon Quest, you can explore Tumblecube Island, where your main goal is to search for loot. Go back to your base camp to use your loot and cook up dishes to attract new Pokemon for your expedition team.

Plus, you can even decorate your base camp if you want to, and who doesn’t love a bit of personalization? Cute, fun and rewarding, Pokemon Quest is a laid-back game that you can return to whenever you want a little Pokemon in your life.

Originally called Pokemon Cafe Mix, this game allows you to run a cafe where you can serve treats to Pokemon. You can even hire Pokemon to work alongside you in the cafe after you’ve served them enough times. Sounds cute, right?

If you’re lucky enough, a Shiny Pokemon might even wander into your cafe, giving you even more incentive to keep serving up those treats. Even if the thought of customer service gives you nightmares in real life, Pokemon Cafe ReMix is sweet puzzle game that’s worth a try.

A sequel to the beloved 1999 game Pokemon Snap, New Pokemon Snap follows much of the same tones of the original. Explore Pokemon in their natural habitats (rather than just in the tall grass) and snap photos of them. Any old photo won’t do, though — to progress, you’ll need to photograph different Pokemon behaviors.

The nature of New Pokemon Snap lets you see Pokemon in a way you’ve never seen them before. That itself makes the game charming enough to play, but the possibility of snapping photos of mythical Pokemon, like Mew, makes it all the more intriguing.

Remakes of the 2006 games Pokemon Diamond and Pearl, this pair of games was long-awaited for fans of the Sinnoh region. Like many remakes, Pokemon Brilliant Diamond and Shining Pearl swapped out the original’s traditional pixel art style for 3D graphics, shrinking Dawn, Lucas, and many other Sinnoh favorites into chibi size.

While much of the original adventure remained the same, Brilliant Diamond and Shining Pearl also introduced some new features, such as the areas in the Grand Underground where you can meet various Pokemon. However, with some of the questionable choices made in the original games sticking around for the remakes, it makes you wonder why the Pokemon Company didn’t decide to include the improvements made in Pokemon Platinum.

Looking for a different way to battle Pokemon? Pokemon Unite has you covered. In this free-to-play Switch and mobile game, you play in a team of five against another five-player team, aiming to score the most points by defeating wild Pokemon, leveling up your own Pokemon, and defeating Pokemon on the opposing team.

Teamwork is key in this game, as you’ll have to work in synergy with the other four players on your team, which is pretty much a first for the Pokemon series as a whole. You can even style up your Pokemon in holographic outfits known as Holowear, adding an element of customization to your play, too.

The game itself sees you turned into a Pokemon (after completing a quiz to find out which Pokemon your personality matches, of course) and building your own rescue team. As the name suggests, you explore mysterious dungeons that can change every time you enter them. If you’re itching for a bit of Pokemon, but want something a little different to the usual song and dance, Mystery Dungeon is the way to go.

Pokemon Let’s Go Eevee and Let’s Go Pikachu were the first mainline Pokemon games to arrive on the Nintendo Switch, and as remakes of the iconic Kanto region that take elements from the ever-popular Pokemon Go, it only makes sense that they were.

Depending on whether you pick Let’s Go Eevee or Let’s Go Pikachu, you can have a special Eevee or Pikachu as your partner in this adventure, and you can even dress them up in adorable accessories. Pokemon also appear in the overworld in these games — a series first when the games were released. Whether it’s your first time in Kanto or you’ve visited it plenty of times before, the Let’s Go games are a great way to experience the region.

Pokemon Sword and Shield took us into Generation 8 and introduced us to the region of Galar, taking inspiration from Great Britain. There were over 80 new Pokemon to meet, including the Pseudo-legendary Dragapult and the hauntingly adorable Polteageist.

The games also debuted Max Raid battles, where you can team up with other players (or NPCs) to defeat and catch Dynamaxed Pokemon in the Wild Area. While the graphics didn’t quite rise to the heights of other first-party games on the Switch, Sword and Shield were still a fun foray into a new region with exciting multiplayer features.

By the time Pokemon Legends: Arceus came out, the Pokemon formula had been in need of a shake-up for a while. Thankfully, Legends: Arceus delivered on this front, and seems to have been a game changer for the series. It lets you explore vast landscapes and see Pokemon in their natural habitats (and dodge their attacks if they spot you, too).

Set in the Hisui region before it came to be known as Sinnoh, this game sees you sent back in time by the legendary Pokemon, Arceus. When you arrive, you have nothing on your back but your pyjamas. What else is there to do but catch every Pokemon possible? Legends: Arceus is unlike any other Pokemon game in the series, and for all the right reasons.

Next: Pokemon: Every Final Gym Leader, Ranked By Difficulty 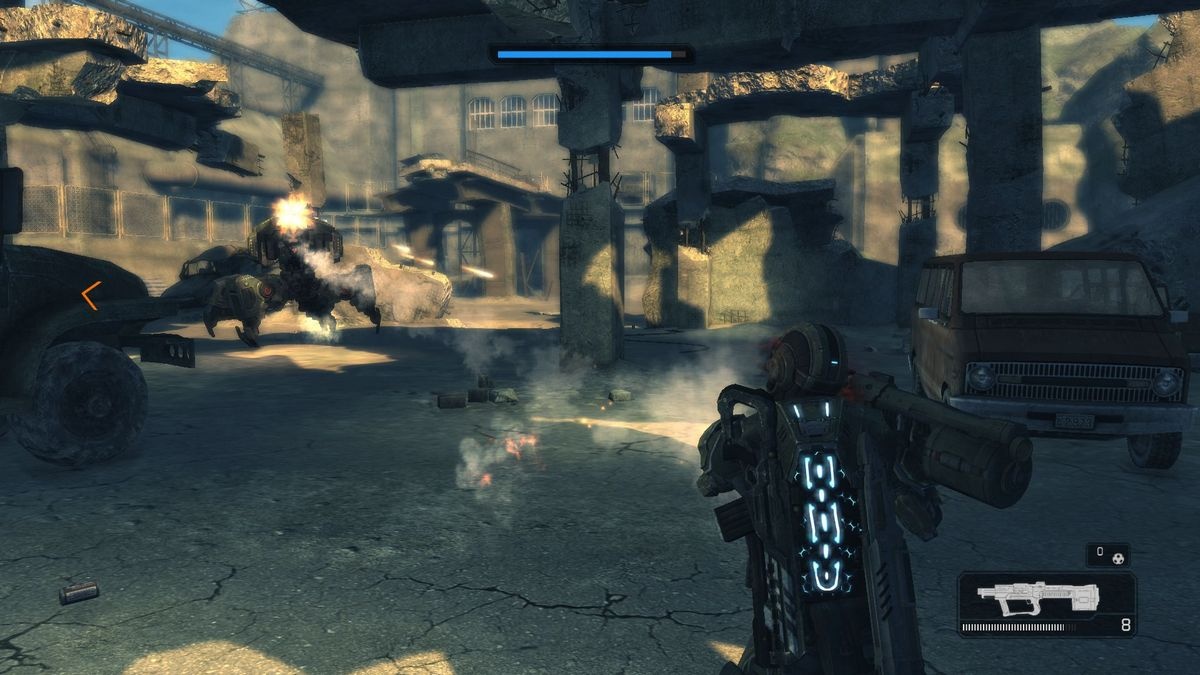 I m always up for seeing new things in gaming, especially when it comes to the tired genre that is the third person shooter. So I was intrigued when the download.... 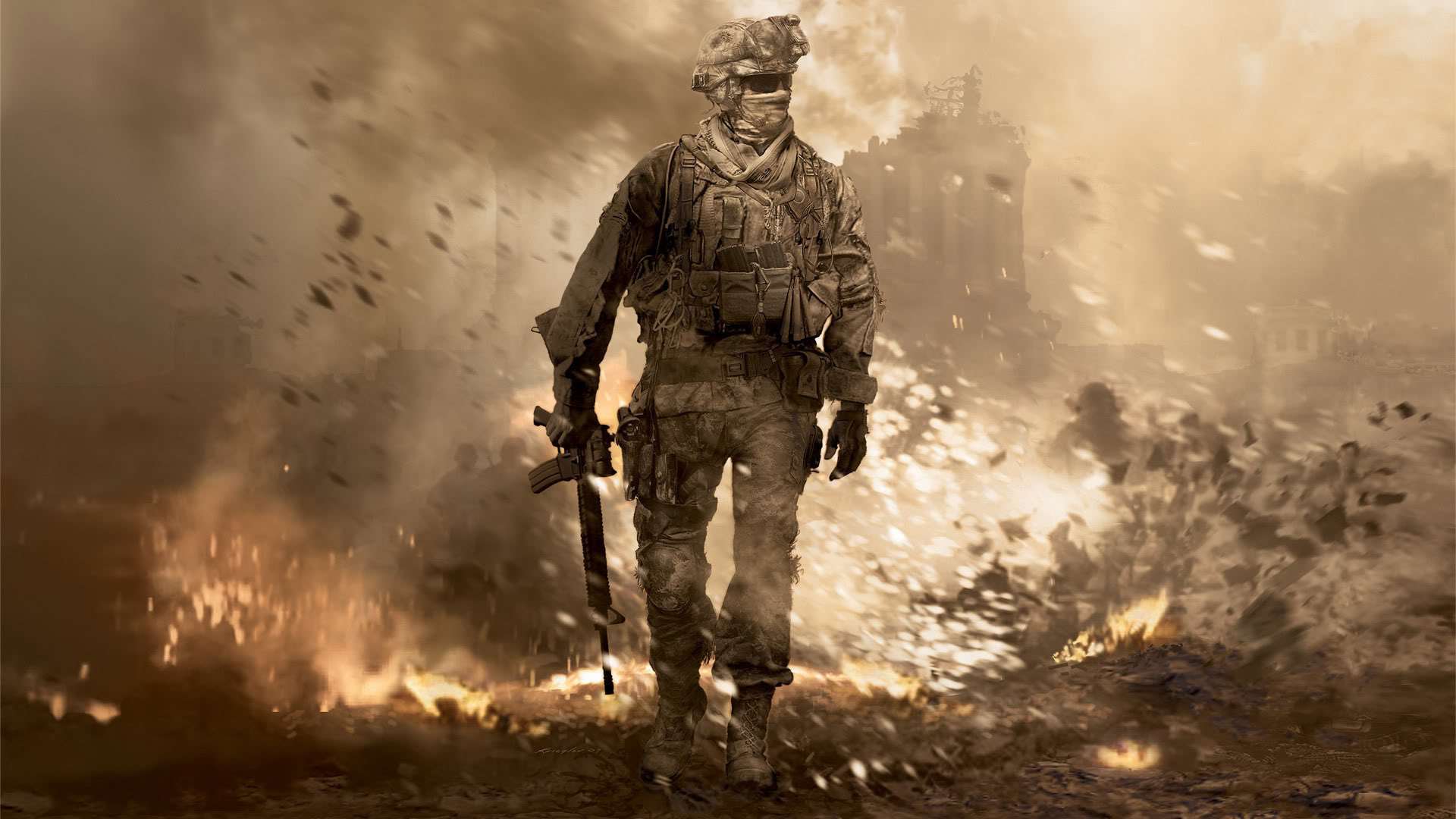 Riding a tidal wave of controversy, Modern Warfare 2 has been tipped to be the fastest selling video game in history. It has already claimed higher pre-order sales than Grand Theft.... 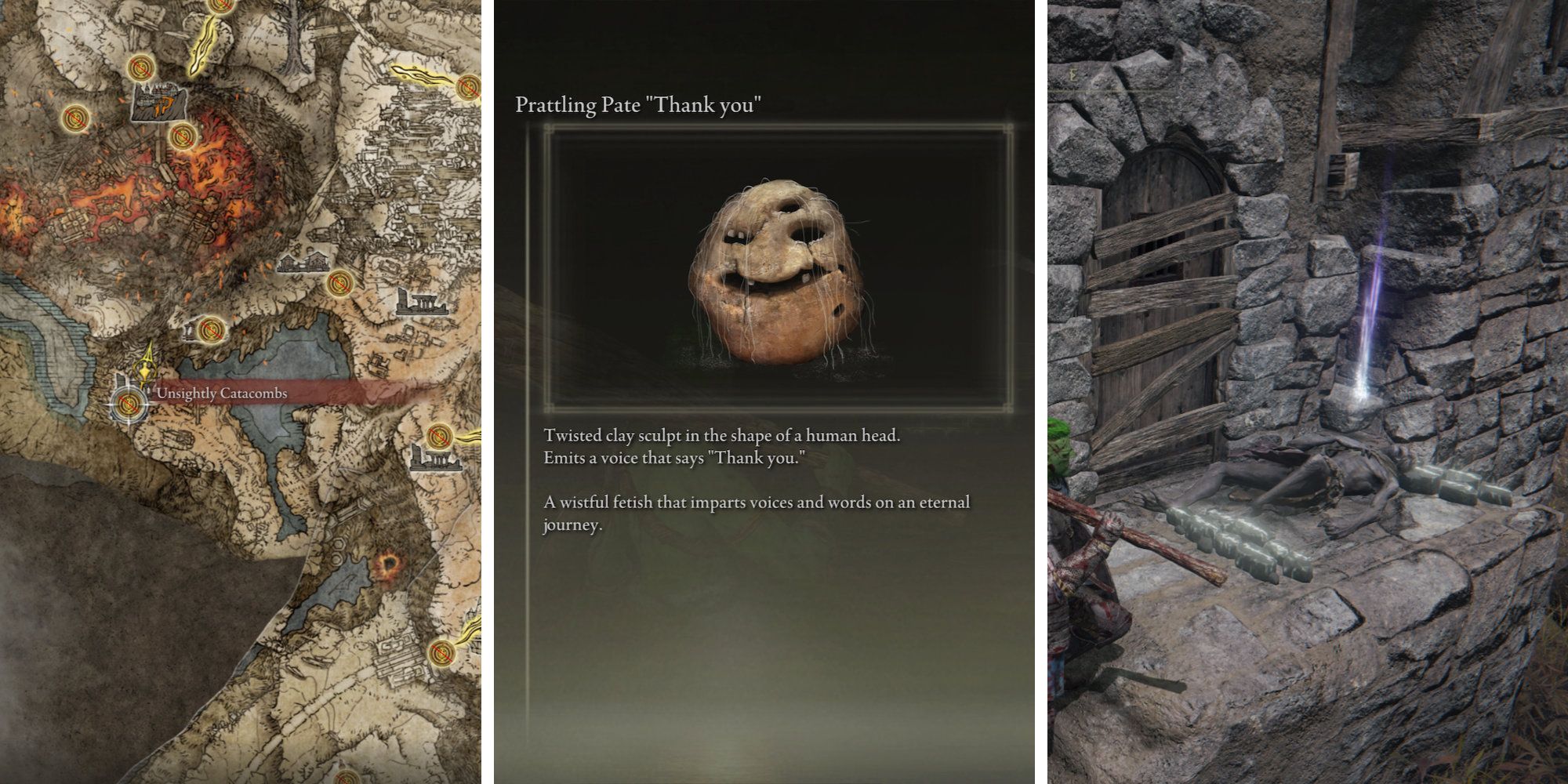 Elden Ring is known for its ‘build-a-sentence’ style message system. The format has been host to confusion and memes alike. But it isn’t the only way to communicate. There remains another....