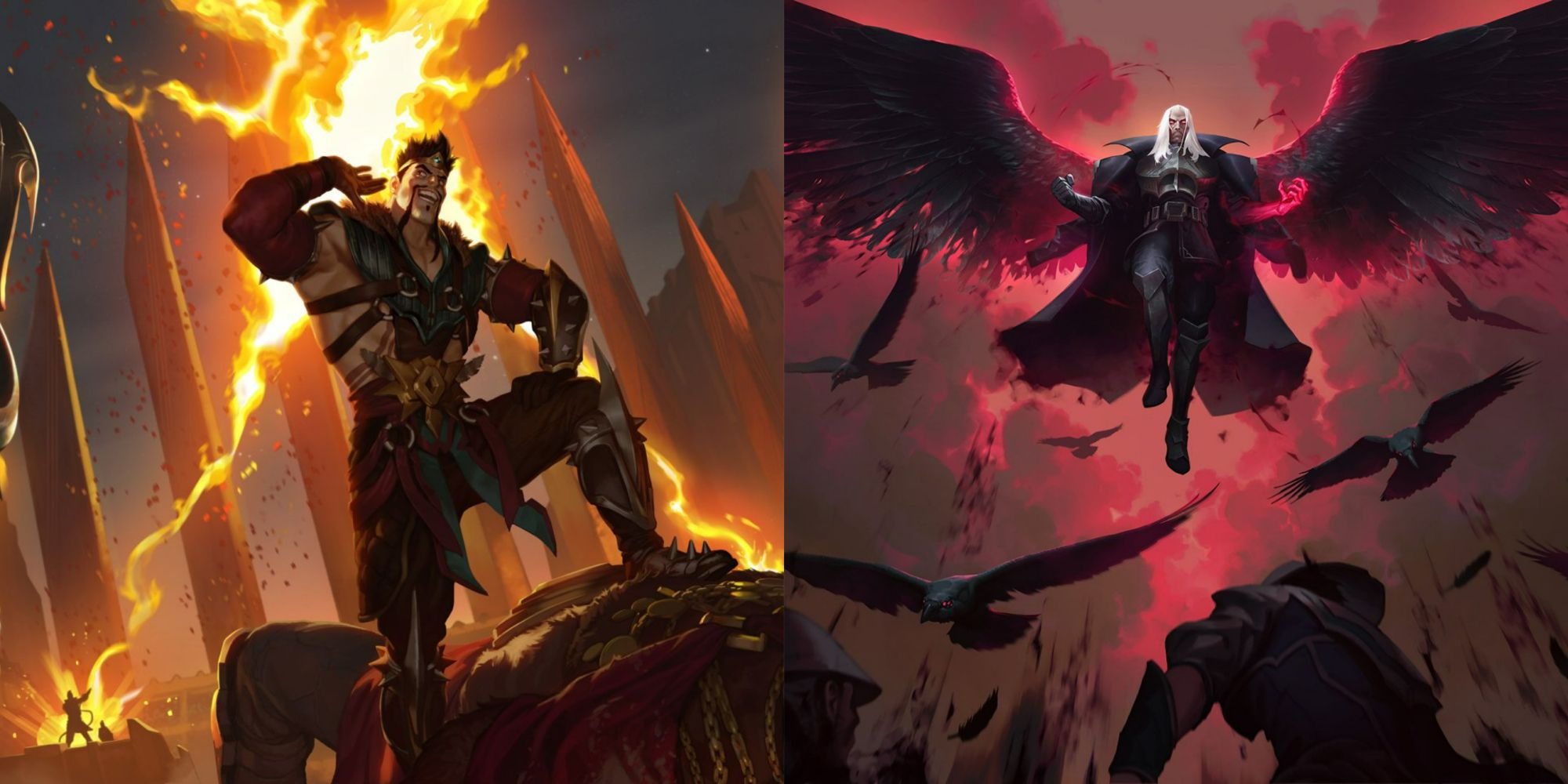 Noxus, a land of strength, war, and survival of the fittest, is not a place to be trifled with and is one of Legends of Runeterra’s most aggressive regions. They are a people who thrive in battle and seek to expand their borders. As the Noxian saying goes: “Kill them until they are family.”

The Noxian champions, of which there are ten, synergize well with the likes of Discard, non-combat damage, and big, Overwhelm damage. This is all extremely fitting for the type of region they are, as they discard the weak and bolster the strong in all aspects of life. Noxian decks will typically be early game aggro or mid-range tempo, but as is always the case, some champions are better than others. And, if you’re just getting into Legends of Runeterra, check out our starter guide here.

Generally speaking, all the champions in Legends of Runeterra are win conditions in their own right. As such, almost any one of them can single-handedly win a game if they’re left unchecked by your opponent. With that in mind, the following ranking system does not take this into consideration, but rather, considers everything else about the card, such as mana cost-to-stats ratio, its effect, its evolution conditions, how easy it is for an opponent to deal with said card, and more.

At the bottom of the list is LeBlanc. Three mana for five-attack, two-health is alright, but the two health part is a real drag as it’s super easy to remove her from play. Sure, having Quick Attack coupled with five attack enables her to attack more safely, but she is still super easy to kill. Her inability to level up out of play also doesn’t help.

Although Draven has a lower mana cost-to-stats ratio value than LeBlanc (since he has three attack, not five), he can buff himself with axes to increase his attack. At turn three, few minions will even have more than three to four health anyway, so the attack difference is almost negligible early game. He’s ranked higher though because he gets Overwhelm when he levels up, allowing him to deal nexus damage even with a blocker in play, and because he can buff allies with his Spinning Axes.

Katarina has an equivalent mana cost-to-stats ratio as Draven, being three-attack, two-health as well. She can attack with greater safety, however, and level up much more easily. The reason for the former is that she recalls herself before the blocker can strike her back. Thus, while Draven and LeBlanc can both be killed by a blocker, Katarina can’t, therefore ranking her higher on the list than them.

Annie is this low on the list mainly because she’s a one-mana costing unit. Zero-attack, two-health is a standard mana cost-to-stats ratio, but her attack passive gives her some hidden attack power. She is a very good unit to curve out on turn one, as she threatens your opponent with decent early game damage and also has nice survivability with two health instead of one. At the end of the day though, she still only has two health and can be removed pretty easily by the mid-game.

Darius is certainly a big threat, being six mana for six-attack, six-health. This is a standard mana cost-to-stats ratio, and his level-up can be completed while not in play, which brings him to ten-attack, seven health for six mana, a huge buff. Normally, this wouldn’t be the worst thing in the world for the enemy to deal with. But Darius also has Overwhelm, making him quite scary.

RELATED: Legends Of Runeterra: Best Cards In Forces From Beyond

He is a simple yet effective card but doesn’t have any defensive capabilities, making him quite vulnerable to being killed by both spells and blockers. Plus, if he gets answered by your opponent, you’ve lost a great deal of tempo thanks to his six mana cost.

Riven has a deceptively high amount of value. Three mana for three-attack, four-health is above standard value, as any unit with four health is difficult to deal with early game. That, coupled with her being able to level up as soon as you play her if Blade of the Exile is in your hand upon doing so, makes her mana cost-to-stats ratio absurdly good. Three mana for four-attack, five-health, and the ability to buff herself with her blade fragments is outrageous.

Due to how strong her base stats are, along with her ability to temporarily buff herself, Riven is a great Noxian champion. However, she lacks keywords (aside from Overwhelm and Quick Attack, which are granted by Blade of the Exile). Her blade fragment buffs only last one round too, making her vulnerable without the attack token.

Rumble has an above standard mana cost-to-stats ratio, being five-attack, four-health for only four mana. But, what truly makes him shine is his play-effect, which grants him Quick Attack, Impact, and a SpellShield, the latter of which is the most valuable keyword. SpellShield makes him hard to remove from play with spells, Quick Attack makes him hard to remove with blockers, and Impact allows him to more presently threaten the nexus.

His only drawback is the way he levels up, as he needs to be in play to do so. Plus, Mech-Yordles need to be the ones that deal damage to level him up, making him less flexible than other champions in terms of what decks he can be put in. That said, his base form is still incredibly strong, which is why he’s ranked this high.

For seven mana, Sion’s mana cost-to-stats ratio is atrocious. Thankfully, he can increase his own attack power and be leveled up while not being in play, making him a big, stacking, late-game threat. It is true that seven mana is a high cost to pay, regardless of mana cost-to-stats ratio, especially when Sion can simply be answered by the likes of Recalls, Stuns, and Frostbite. Normally, this would leave him lower on the list, but two things brought him up.

First, he can grant allied units Overwhelm, granting some extra value to him, even if he’s answered with pacifying spells later on. Second, he wants to be discarded from your hand a bunch of times, which allows him to enable other cards, therefore granting him even more value outside of his own stat-body.

Five mana for five-attack, five-health is a standard mana cost-to-stats ratio, and Vladimir can level up out of play, increasing the value of the former by one attack and one health. This, coupled with both Fearsome (which prevents your opponent from using low attack and health throw-away minions to block) and, upon leveling up, Regeneration, makes him a force to be reckoned with at only five mana.

The only reason he isn’t ranked as the best Noxian champion is that he is reliant on other minions to gain value from his attack-effect (which is a very nice effect, by the way). This makes him less self-sufficient than he otherwise could be.

Even though his base mana cost-to-stats ratio isn’t the best of the bunch, Swain is the best Noxian champion and one of the best champions in the game. He can level up out of play pretty easily, and five mana for four-attack, seven-health is nothing to scoff at, as it is difficult for the enemy to deal seven damage without wasting too many resources. He has Fearsome, which means your opponent can’t use low attack and health throw-away minions to block him, and his Nexus Strike passive is absolutely insane.

“But what are the odds you can proc his Nexus Strike during mid to late game?” you might be wondering. While, indeed, he won’t reliably be able to do so, his passive enables both him and his team extremely well, for being able to stun enemy units offers both incredible defensive and offensive capability. 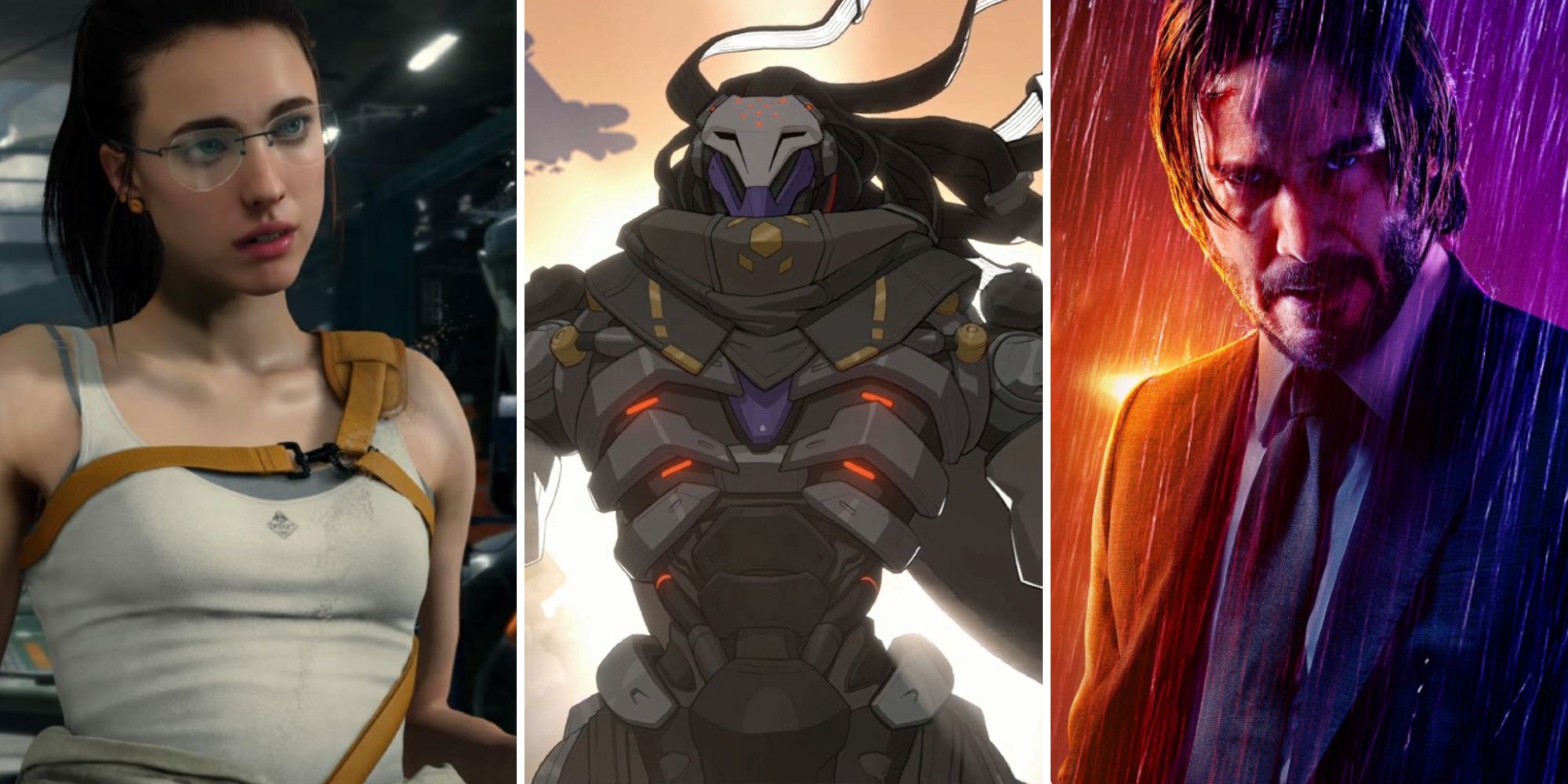 A weekend of rest and relaxation awaits you, so while you figure out what game to play before Ragnarok arrives, check out today’s top stories. It’s been a big day as.... 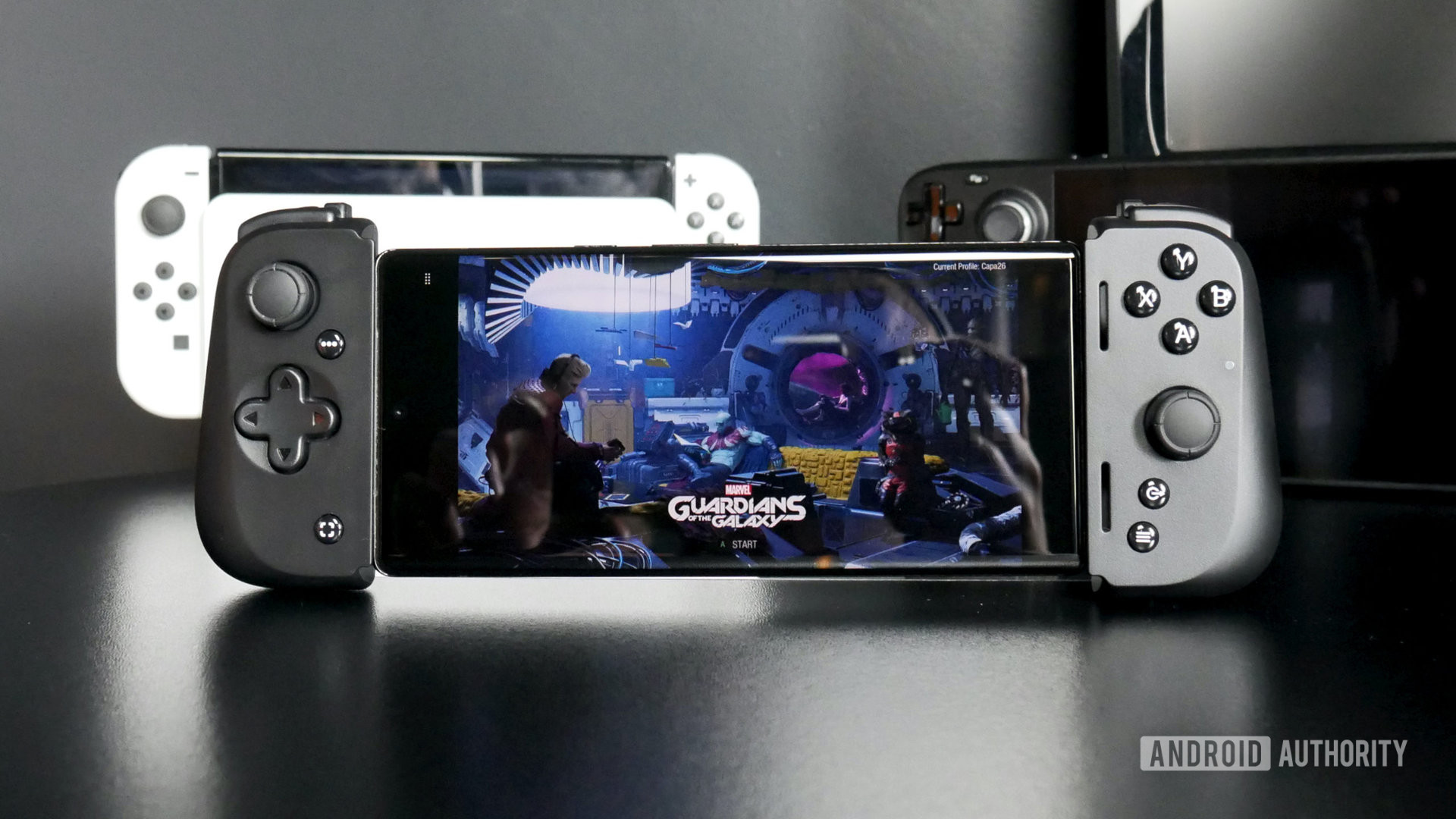 Oliver Cragg / Android Authority TL;DR The Razer Kishi V2 is the official follow-up to the 2020 original. It keeps the same overall design but adds new features. There is also....