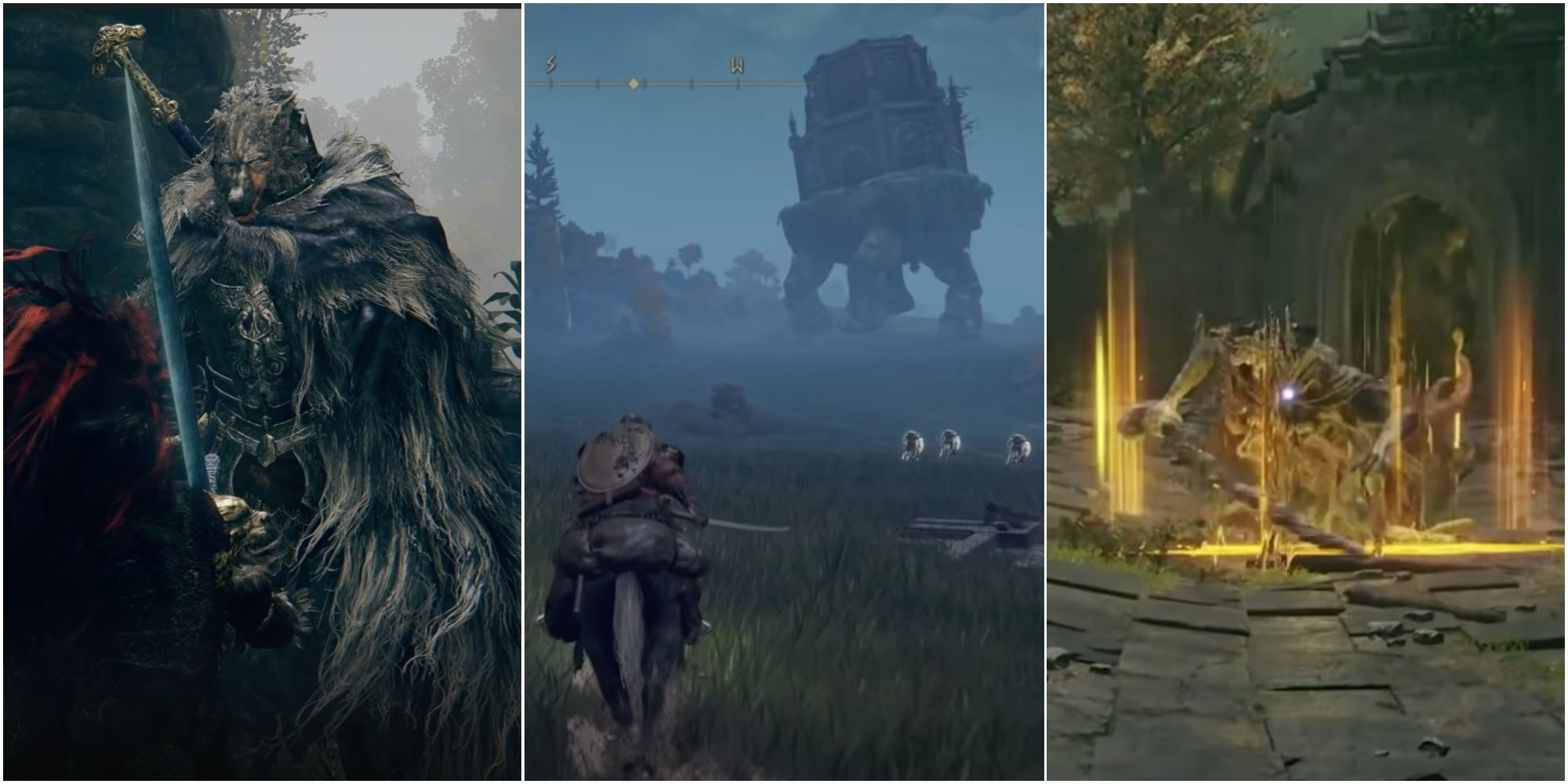 FromSoftware games are notorious for being insurmountably difficult, with well-hidden areas added into the mix – and Elden Ring’s no different. From stumbling to a random boss to going rune farming, Elden Ring has a penchant for storing extremely helpful items in the most easily missable places you probably didn’t think to check out.

From gloomy catacombs to the sleepy, yet bear-infested Mistwood, it would be remiss not to lend a helping hand to some of these things you might have missed in Elden Ring.

Updated September 21, 2022, by Hilton Webster: Though Elden Ring has taken the world by storm, it truly is a gigantic world. From the rotted wilds of Caelid to the jagged cliffs of Liurnia, there are so many little secrets players may have missed even after all these months.

13 The Frenzied Flame Beneath The Capital

Throughout the game, the Frenzied Flame is mentioned. It is not some evil flame like the Golden Order portrays that of the Fire Giants. Instead, it is pure chaos, action without meaning in hopes of a world of madness. You can even get some Frenzy abilities if you’re careful not to lose your mind.

Deep beneath the capital, however, hidden away behind the fell omen Mohg, are the many corpses of traveling merchants, those who summoned the Frenzied Flame in the first place. Deeper still, down many dangerous drops, lies a locked door, only opened in a rather specific manner, containing the wicked Three Fingers within.

One of the first roadblocks to your progress encountered in Elden Ring is likely to be Margit, the Fell Omen within Stormveil Castle. They’re a tremendously difficult fight, but they’re there to make sure you can handle the challenge within. They bear a striking resemblance to Morgott, the Omen King of Leyndell.

RELATED: Elden Ring: How To Defeat Morgott, The Omen King

Well, Elden Ring promotes exploration. Should you find your way to the center of Leyndell and forcibly remove Morgott from his position as lord of Leyndell, you’ll find that Margit has disappeared from the opening section of Stormveil. There’s no certainty if they were the same person or some projection of himself, but they are undeniably linked.

11 Talking To The Ranni Doll

Ranni is an interesting fellow. First met when she hands you Torrent, she’s a figure wrapped in much mystery until you finally meet her hidden away behind the Carian Manor with her retinue. Should you be kind to her, she is rather forthcoming about her plans for the world and invites you into them, sending you on a quest that spans the entirety of the game.

Later in the game, beneath the Ainsel River, you’ll acquire a Miniature Ranni Doll. Like some, you may simply think it is an item for later and continue on your way. However, the doll is essential to her plotline and can only be spoken to at three specific sites of grace in Ainsel, making her incredibly easy to miss should you not rest frequently.

If you’re having problems defeating Margit, the Fell Omen, there’s actually an item you can purchase that helps against this difficult boss, which can be purchased in Murkwater Cave. However, this is an easily missable area, located in a narrow topmost portion of Agheel Lake.

There, you’ll have to trigger a boss fight with Patches by opening a chest. However, mid-fight, he will ask you to spare him, which you must do. Once you do that, he’ll become a merchant, and amongst his wares is Margit’s Shackles, a somewhat secret item that can be used a couple of times on Margit (and Morgott) to chain them to the ground.

With Margit, the Fell Omen barring your way into Stormveil Castle, you’d think it’s a necessity to defeat him. But aside from Margit’s Shackles helping you out, there’s the option to skip it entirely to travel to the areas beyond Stormveil Castle.

In order to find this secret path from Stormveil Shack, continue to head straight down the road instead of heading towards Stormveil Castle. After meeting the old lady, jump down the dilapidated bridge, and proceed past a wolf-infested road before going down a path that hugs the side of the cliff. You’ll find a Site of Grace to rest in before traveling further.

8 Mistwood Ruins: The Bear And The Howling

When nearing Mistwood Ruins, you might hear the howling of a wolf. Actually, that’s an NPC that will prove to be quite helpful in a boss fight. Return to the Church of Elleh and speak to Kalé, where he’ll give you a gesture to perform once you hear the howling again.

RELATED: Elden Ring: Things To Do After You Beat The Game

You’ll then meet Blaidd, who jumps down from the top of Mistwood Ruins. If you haven’t defeated Bloodhound Knight Darriwil, you can summon Blaidd during the battle, and he will help you. But if you’ve done it, Blaidd will meet you at Forlorn Hound Evergaol, where he’ll direct you to Giant Blacksmith Iji.

At Western Limgrave, there’s a place called Waypoint Ruins by the side of the road. Inside, you’ll find a Giant Poison Flower and her gang of baby poison flowers. It’s easy to get distracted by them, but there’s not a need to fight them.

Instead, keep running straight, and you’ll find a set of stairs. There, you’ll find a boss called the Mad Pumpkin Head, a hard-hitter that’s relatively easy to get past as long as you dive between his legs. But once he’s defeated, you’ll find Sorceress Sellen, a merchant who sells you some powerful Glintstone Sorceries as well as a quest.

An item that will prove a life-saver when facing notoriously difficult bosses is the Flask of Wondrous Physick. You can actually find this in the Limgrave area, just outside Mistwood in a ruin called the Third Church of Marika.

You’ll find the Flask as well as a Sacred Tear inside the Church. When you rest at a Site of Grace, you’ll see a new option to select called ‘Mix Wondrous Physick.’ However, you’ll need Crystal Tears, which you can find close by in a well at the bottom of the Minor Erdtree and other places.

This is a Flask that you can fine-tune to suit your needs, from boosting your HP or your stamina depending on your build and the Crystal Tears you mix.

In certain parts of the Lands Between, you’ll run into these walking mausoleums. By attacking the white barnacles at the sides of their legs, you’ll be able to bring them down for you to access the mausoleum.

Elden Ring gives you the best of both worlds by allowing you to duplicate the weapons and armor of the game’s bosses. However, you can only use each walking mausoleum once, so be careful and consider which boss’s armor or weapons you’d prefer to have.

At Oridys’s Rise at the Weeping Peninsula, you’ll find that the entrance is blocked by a magical barrier. Interacting with it will give you the instructions to ‘Seek three wise beasts.’

Although it sounds like you’d be in for another boss fight, all you have to do is hunt down these invisible turtles right within walking distance from Oridys’s Rise. Once you’ve killed all three ghost turtles, the barrier will dissipate, and you’ll obtain a Memory Stone. These stones add more memory slots.

As soon as you start playing the game, you’ll realize that Ashes of War come in handy during combat. But you might have missed the Ash of War: Golden Vow during your travels.

This Ash of War boosts your defense and attack power, as well as adding Holy Damage during combat. This Ash of War is actually in Limgrave, right next to the Deathtouched Catacombs. You will find a Mounted Knight that you must defeat, and he will drop the Ash of War: Golden Vow.

If you chose to play as a samurai, then getting this powerful Moonlight Katana is a must. Unlike the Uchigatana you start out with, the Moonlight Katana deals extra damage with its waves of blue light.

RELATED: Elden Ring: Things It Has In Common With Dark Souls

In order to obtain this katana, you need to traverse the Caelid Wilds to find the alternate entrance to the Gael Tunnel. Inside, you’ll find a boss called the Magma Wyrm, who is quite the challenging opponent. Once it’s dead, it’ll drop a Dragon Heart and the Moonlight Katana itself.

Found in the Siofra River area, this mighty bow adds magical damage to your attacks, especially if you use the dwelling arrows the Ancestral Followers have.

Located beneath the stairs to The Hollowhorn Grounds, you’ll be able to take it from a body. To use it effectively, however, you’ll need 12 Intelligence, 14 Dexterity, and 10 Strength, so keep that in mind. 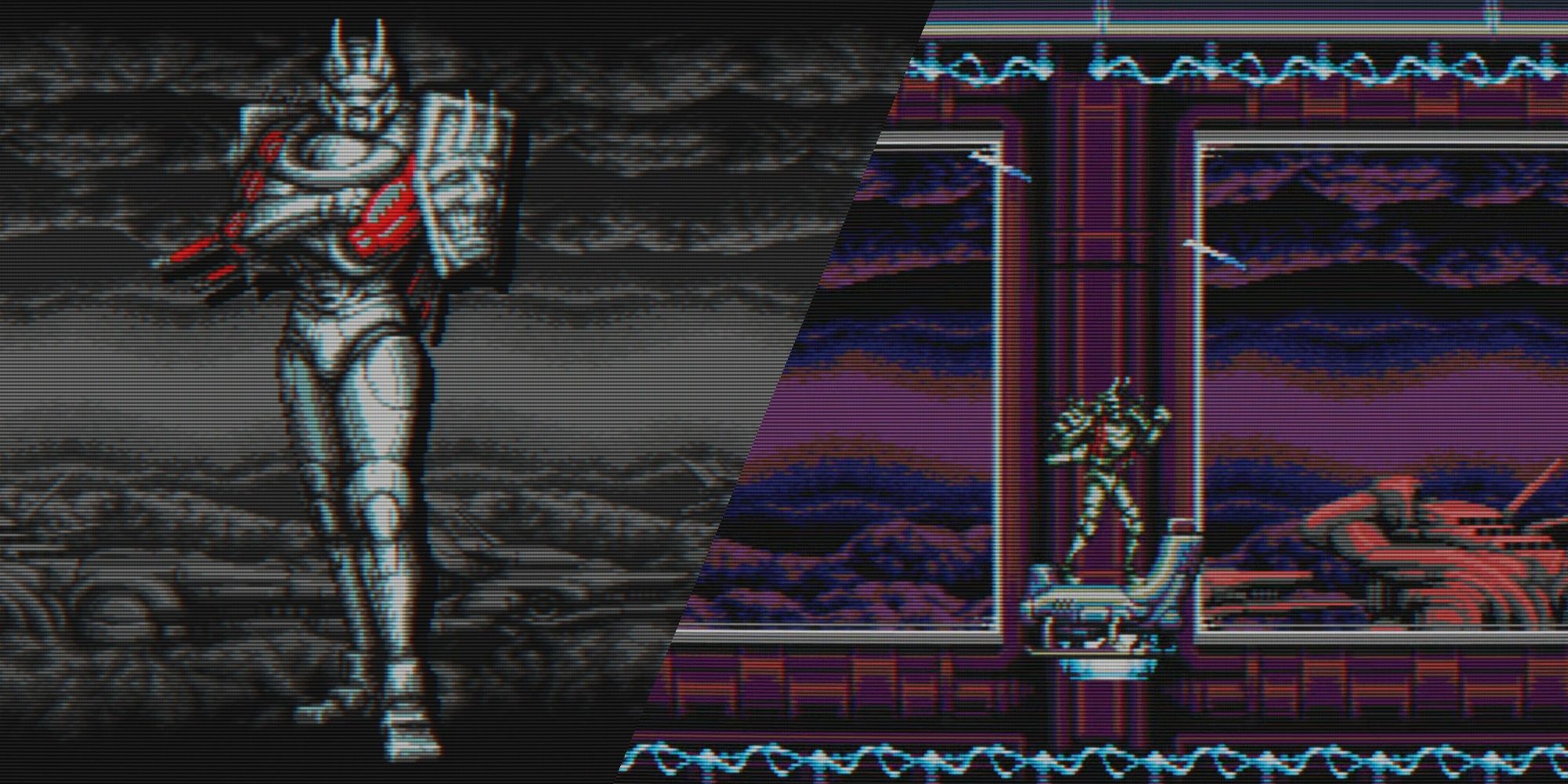 How To Get The S-Ranking In Vengeful Guardian: Moonrider’s Asura’s Fleet Stage

How To Get The S-Ranking In Vengeful Guardian: Moonrider’s Asura’s Fleet Stage

Vengeful Guardian: Moonrider‘s Asura’s Fleet will see you soaring through the air, precariously bouncing from one flying vessel to another. This is a stage that perfectly blends combat with platforming. You....

Steelrising is an exciting new entry into the soulslike genre. But while its inspirations are pretty plain to see, it is so much more than just a shrewd initiation of From.... 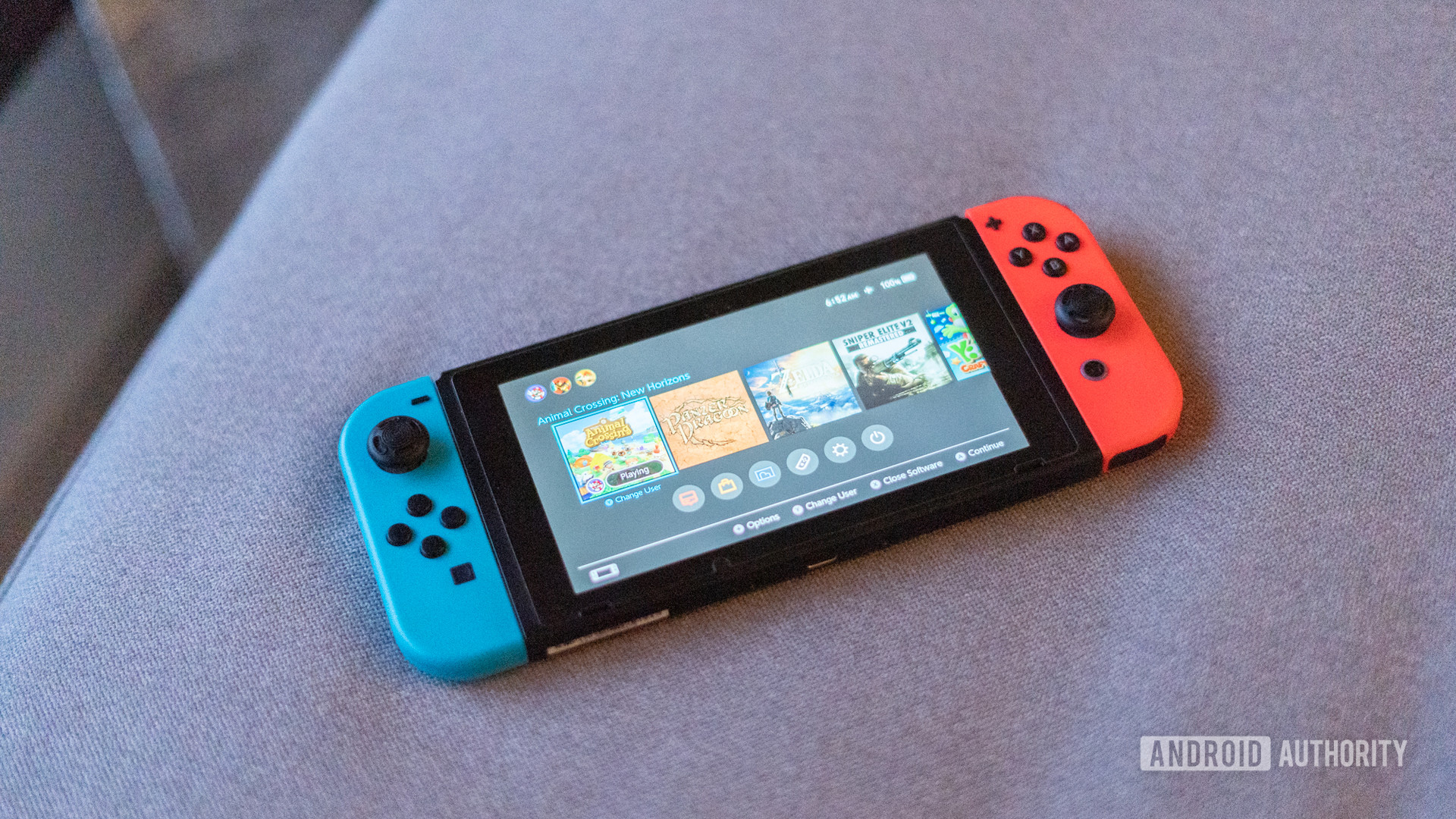 In some ways, the Nintendo Switch is the perfect console for role-playing games. If you’re in the middle of an intense boss battle and need to get on the subway, you....