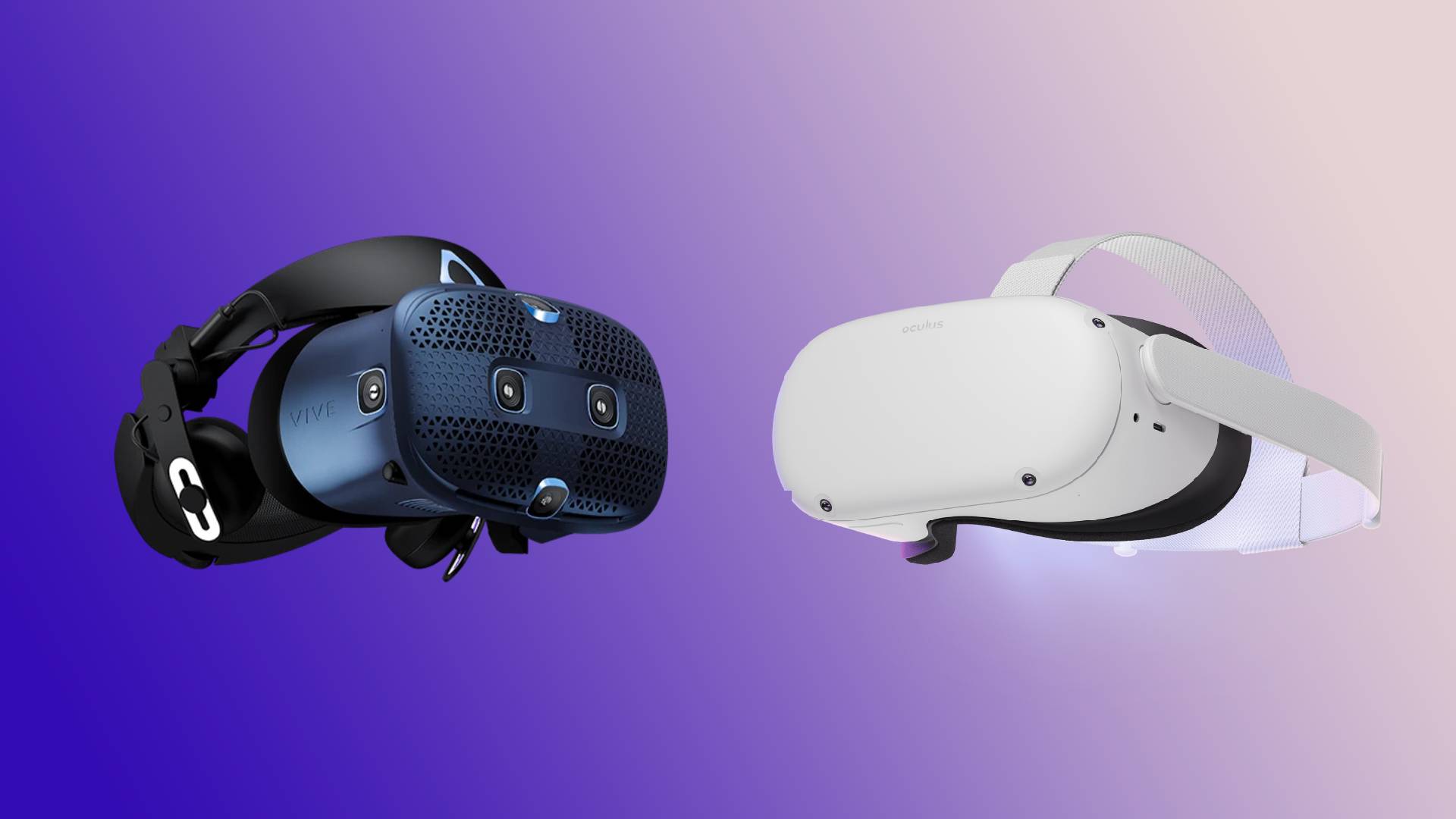 The best VR headset could take gaming PC setup to the next level, especially if you’re looking to play games like like Half-Life: Alyx, Beat Saber, and Resident Evil 4. Sure, today’s virtual reality tech is more Lawnmower man than Ready Player One, but concepts like the metaverse and augmented reality are all seemingly a part of what’s to come.

Choosing the best VR headset seems simple on the surface, but there are industry changes in motion that could complicate venturing into virtual reality. For starters, Meta (formerly known as Facebook) has ditched its iconic Oculus branding in favour of a new Meta Quest label. While this means the Oculus Quest 3 will likely arrive with a different moniker, metaverse devices like the upcoming Project Cambria are also now the social media giant’s priority.

Of course, Meta isn’t the only player within the VR space, as HTC and Valve are also in the running. Each headset contributes to immersive gaming in its own way, so it’s important to consider the specs, price, and drawbacks of each device. To help you get on your virtual feet, we’ve tested a bunch of PC VR headsets in an attempt to make the murky waters of the metaverse a little clearer.

The Valve Index makes the most compelling argument for high-fidelity, tethered PC VR – provided you’ve got the rig to deal with the workload. And it does so by breaking the mold in a few ways. The off-ear speakers – while one of its most questionable features pre-launch – turned out to be one of the Index’s strongest. They’re somehow both immersive and comfortably distant from the ear without any sound leakage… witchcraft.

Aside from glorious audio, the Index offers dual 1440 x 1600 RGB LCD screens, fitted with a greater number of subpixels than their AMOLED alternatives. They’re also a touch wider when it comes to field of view and capable of running at up to 144Hz, rivaling the best gaming monitor. The end result is a display with greater sharpness, clarity, and eye comfort for longer periods. And its controllers are seriously the best ones out there. The Index truly is the best VR headset for gaming. 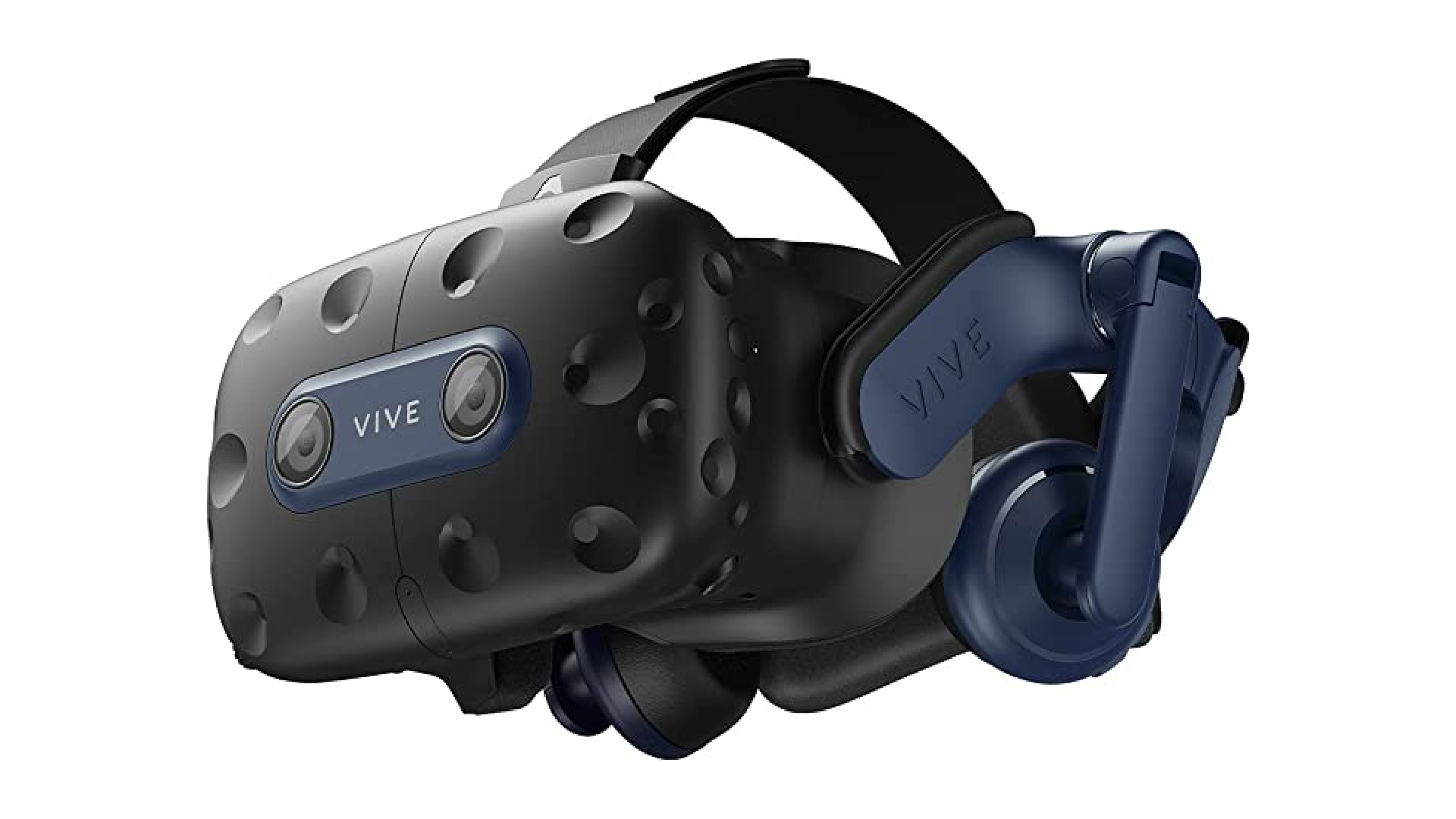 If you’re looking for a premium VR experience, HTC’s Vive Pro 2 should scratch your immersion itch. HTC’s latest VR headset has one of the most impressive screens on the market, with a native resolution of 2,448 x 2,448 pixels per eye, meaning it can provide a high fidelity viewing experience that puts even some gaming monitors to shame.

The HTC Vive Pro 2’s screen also runs at 120Hz and features a 120-degree field of view, so you might need to routinely conduct a reality check while wearing this headset.

The Vive Pro 2 is admittedly pricey, especially compared to some of the other headsets on this list, but if you’re serious about VR gaming, this headset will likely tick all the boxes. If you already own HTC’s previous headset, you’ll be able to pick up the Vive Pro 2 on its own. However, if you’re new to the VR fold, you’ll need to pick up a pair of first-generation controllers and a set of Base Station 2.0’s. 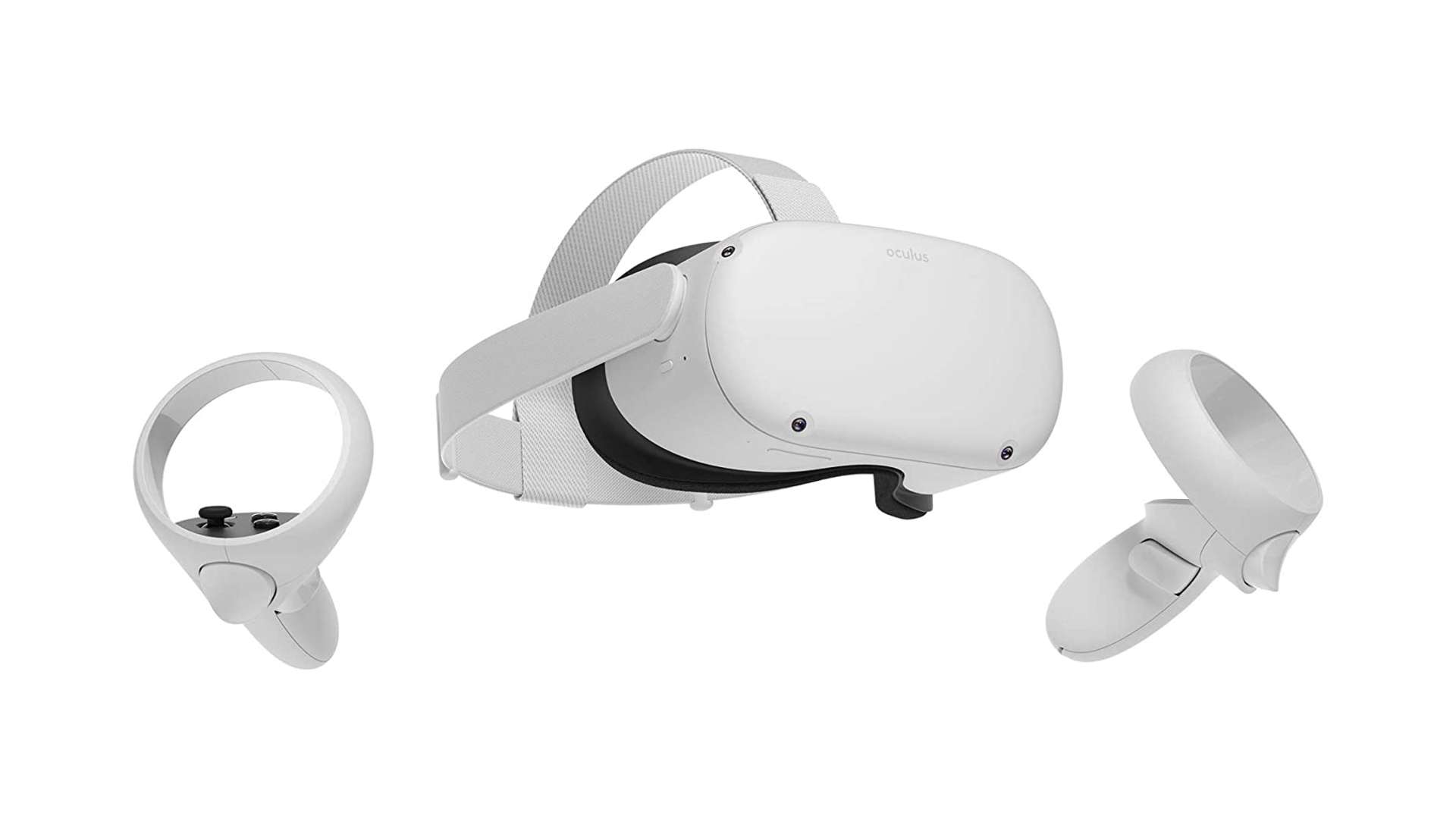 The Oculus Quest 2 might officially be called the Meta Quest 2, but it’s still one of the best VR headsets out there. Despite it being a standalone headset that doesn’t require a PC or mobile for VR experiences, it can be used for a true PC VR experience too, with the Oculus link software and a compatible USB-C cable. Pictures come from a single panel LCD display with a resolution of 1832 x 1920 per eye, and an improved refresh rate of 120Hz

In its standalone form, the Quest 2 is wireless, allowing you to move more freely than dedicated PC VR if you fancy a break – with a built-in Android-based OS, with many VR experiences playable through the headset itself – some of which also made our list of the best VR games, such as Beat Saber. With a battery life of up to three hours when unplugged, and a weight of just 0.5kg, this is probably the most comfortable VR headset for long sessions.

In terms of price, Meta’s goggles are financially approachable, but the Oculus Quest 2 now costs more than it did at launch. If you already weren’t thrilled about the headset’s ties to Facebook, this might add insult to injury. However, the Quest 2 is still one of the cheapest virtual reality devices around, so if you can’t afford the new asking price, you may need to wait for a proper competitor to arrive. 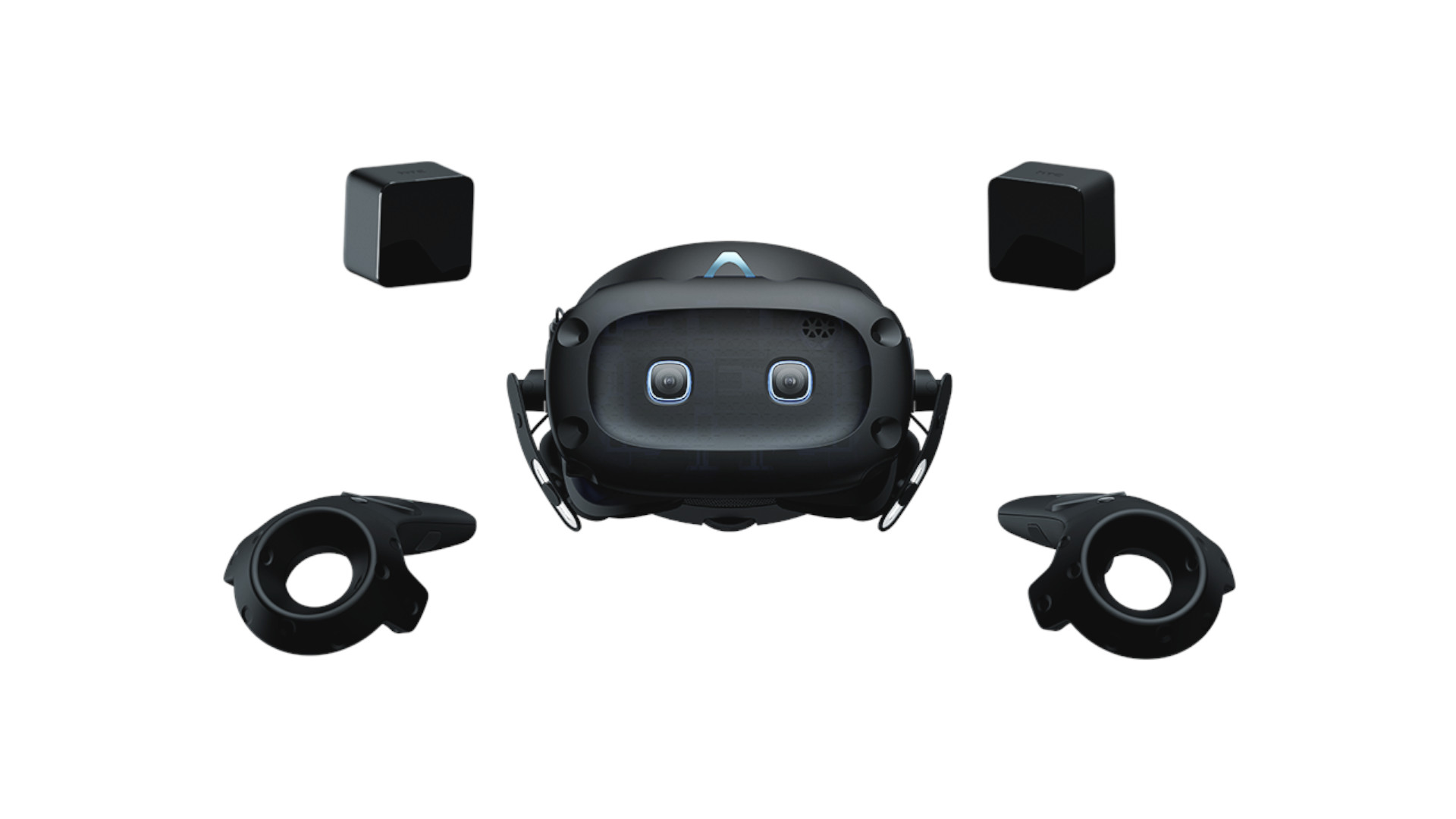 The HTC Vive Cosmos fits snugly between the Oculus Rift S and the Valve Index. While costly, you receive the best that HTC, originators of the almighty Vive, is able to offer, truly completing the best gaming PC setup money can buy. That includes inside-out tracking, a whopping 2880 x 1700 resolution across new LCD panels, and new and improved ergonomics to keep the headset stable and comfortable.

The new controllers are a redesign of the original Vive’s, and many of the extra add-ons for the original kit can also be reused with the Cosmos. Wireless connectivity powered by Intel WiGig, Lighthouse tracking support, and Vive Tracker support is all set for imminent rollout on the new and improved Vive. 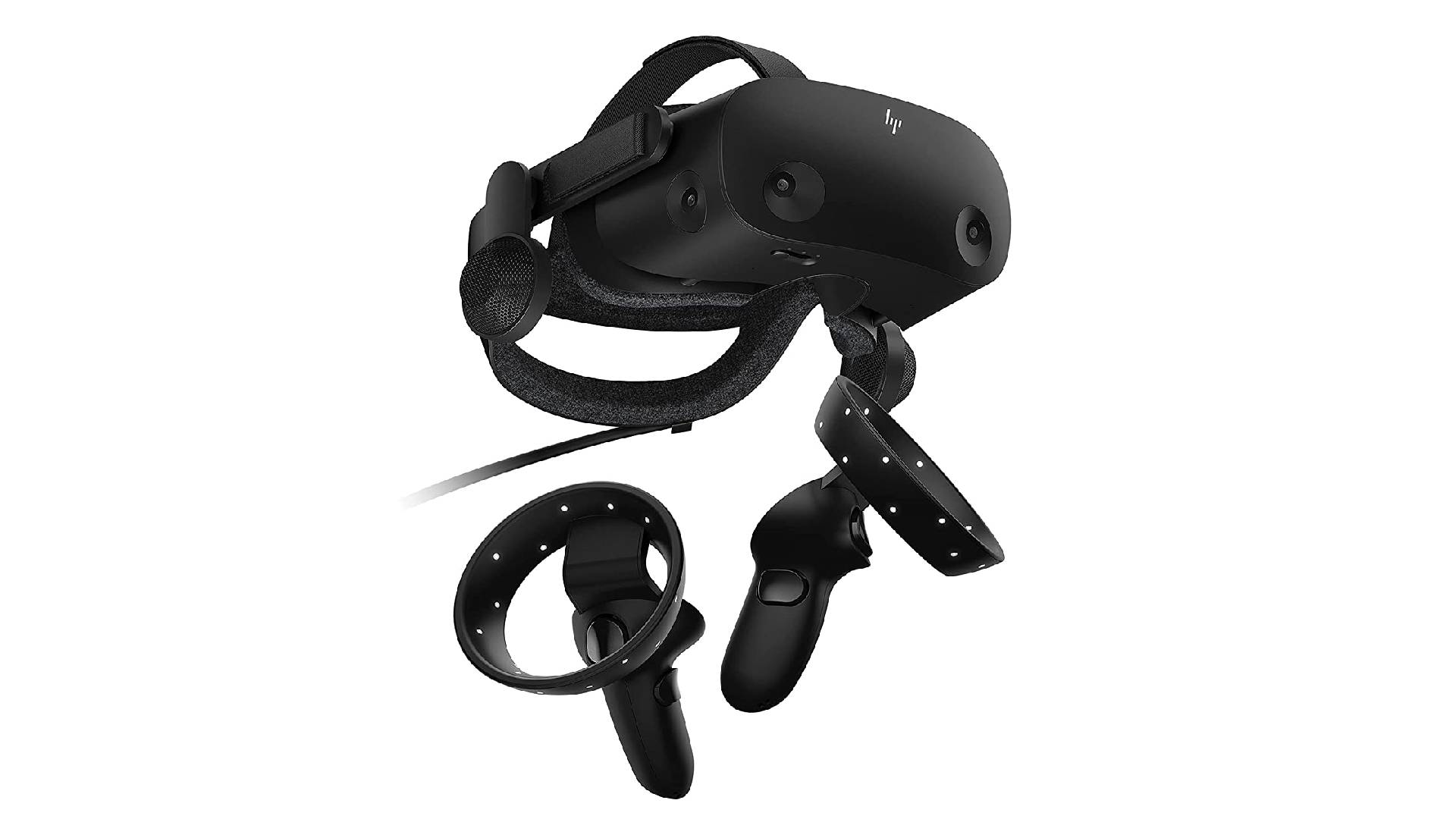 Created in collaboration with Microsoft and Valve, the HP Reverb G2 is a VR headset with comfort at its core. Its flexible material adjusts to fit the user’s face, meaning you can stay within your favourite virtual world for longer. You can also adjust the headset’s lenses for different eye distances, which should help prevent eye strain.

The Reverb G2 also blows punches with some of the more lavish headsets on this list, with 2160 x 2160 resolution per eye that almost matches the HTC Vive Pro 2. It also serves as a good step up from the Oculus Quest 2, thanks to its 114-degree field of view. 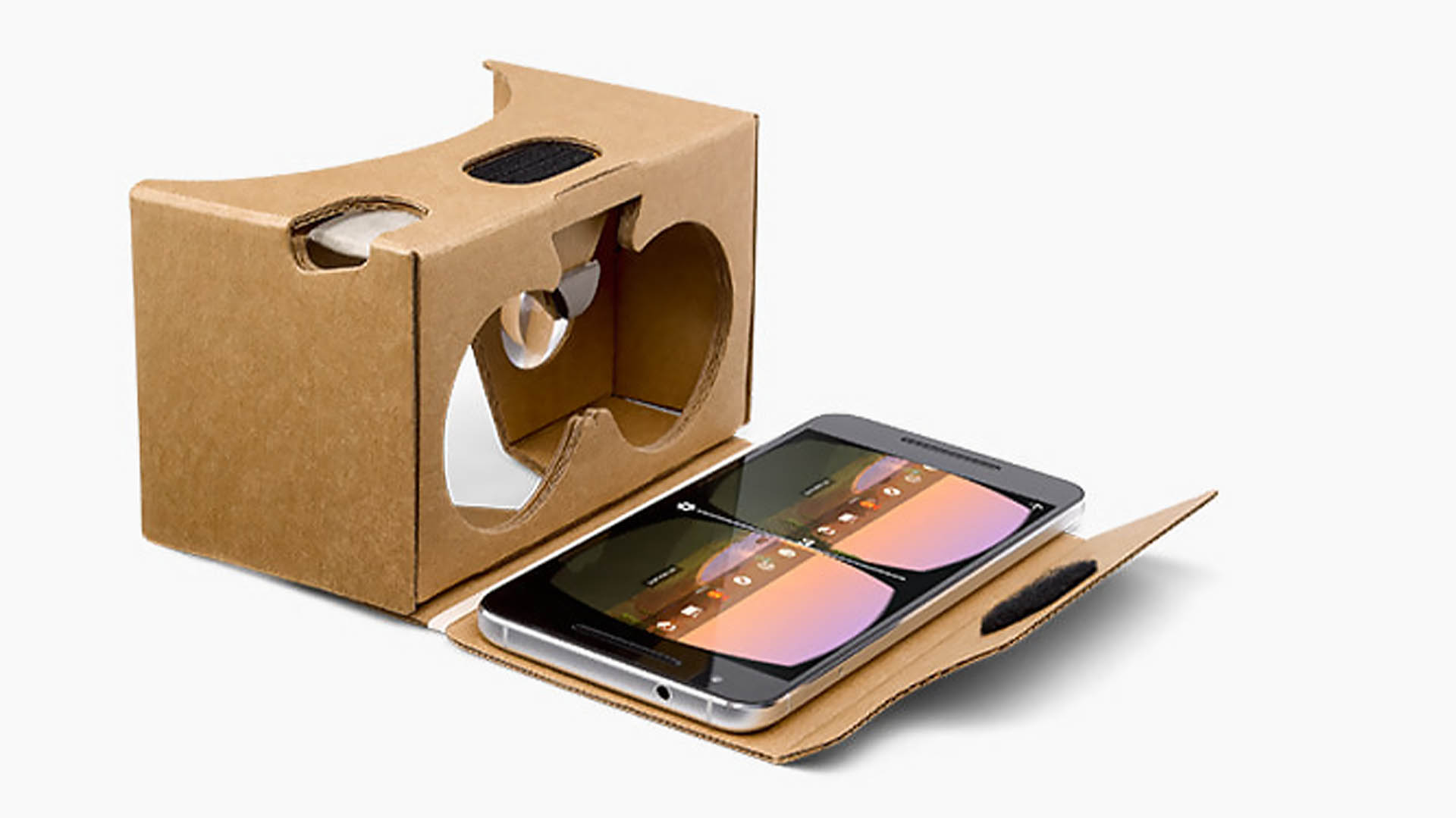 How could we forget Google Cardboard? Being one of the worst VR experiences we’ve had, it’s anything but a Meta Quest competitor, but it might be just enough to get you thirsty for more virtual reality gaming. Since Cardboard relies on your mobile phone’s screen, gyroscope, and accelerometer, your experience may vary considerably. And, frankly, no matter how great your phone may be, there’s very much a hard limit on just how immersive Google Cardboard can be.

It is, however, free and open-source. Just about anyone can make their own cardboard headset, buy a cheap third-party design for tuppence, or even develop an app for the platform via the newly-public SDK. And, of course, you can buy a pre-built one on Amazon for pennies, making it the best budget VR headset.

So, while it’s not technically PC VR in any way, shape, or form, Google Cardboard is more than convincing enough to newbies in a pinch. One go in this lovably slapdash excuse for VR and you’ll come out the other side wondering what the $1,000 Valve Index can do.

Just like with all gaming PC tech, it’s important to consider VR headset fidelity. Seeing is believing, and a higher resolution per eye will help boost immersion levels tenfold. However, to successfully trick your eyes into believing what they see, you’ll also need to check each device’s field of view and refresh rate. 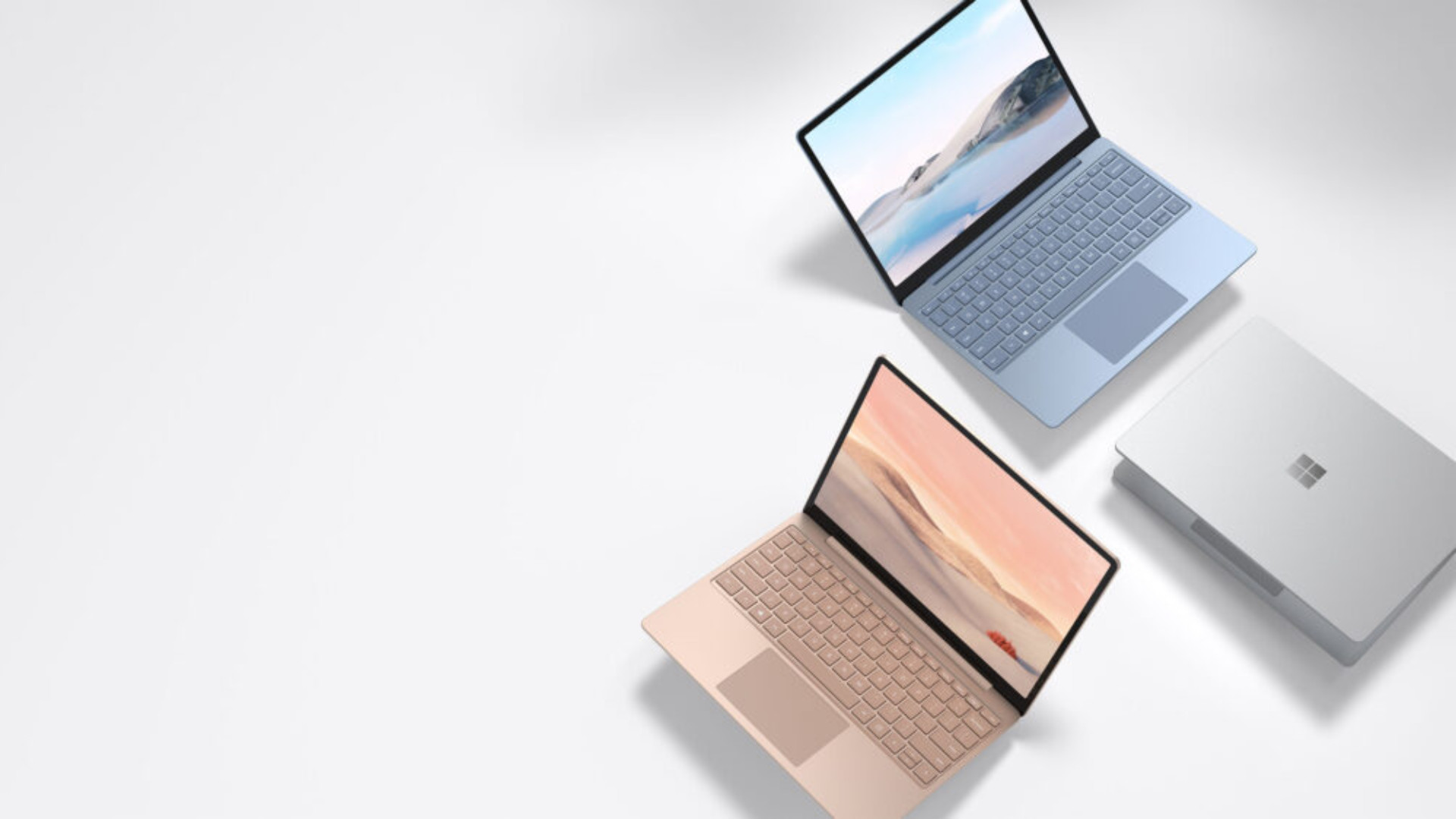 The iPad Pro isn’t the only tablet device that’s vying to replace your laptop. If you’re more familiar with Windows, you might find yourself more at home on a Microsoft Surface.... 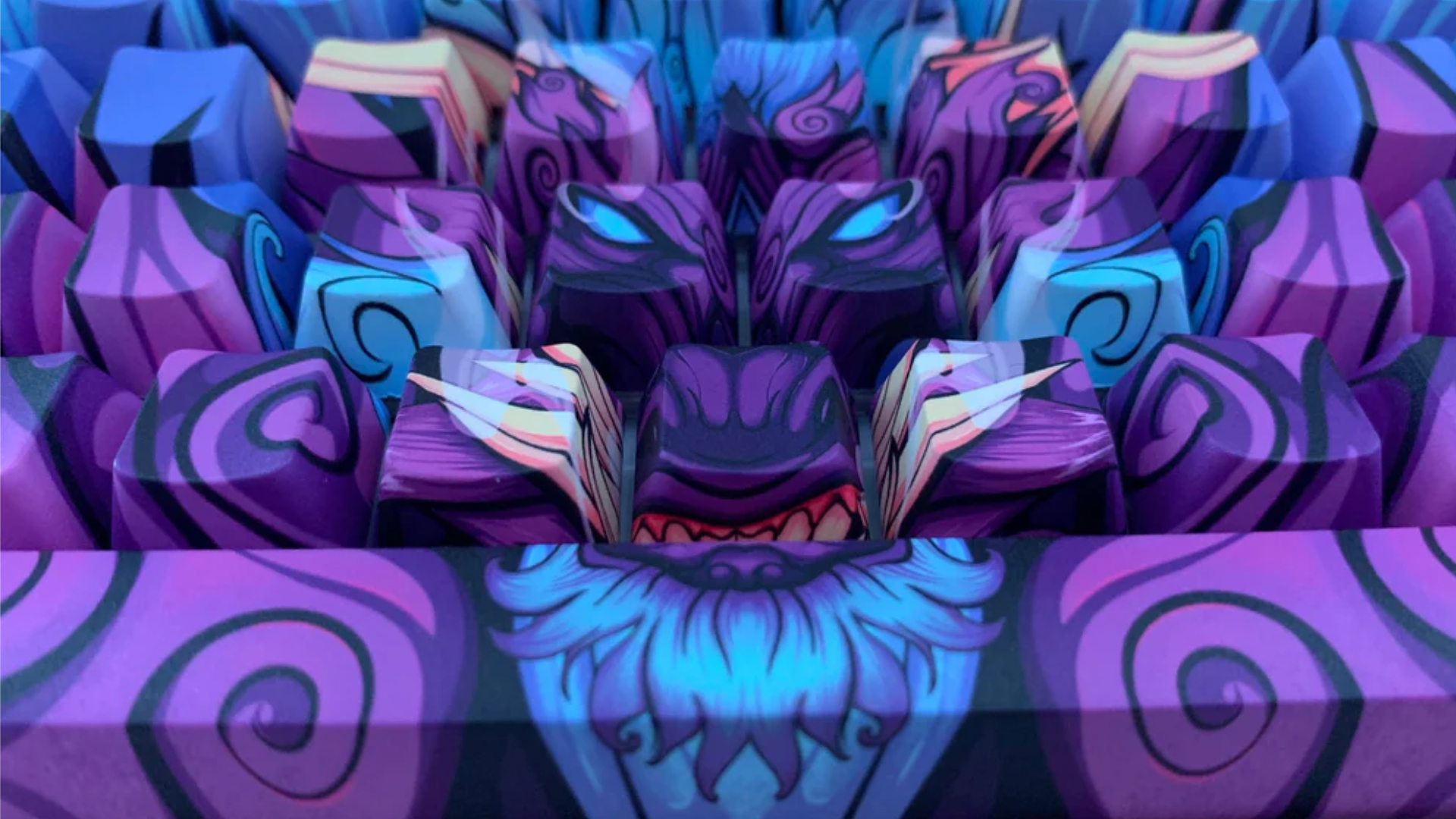 Everybody loves getting things for free, and we at PCGamesN are the last people to fly in the face of that tradition. Which is why we regularly give away free Steam keys,.... 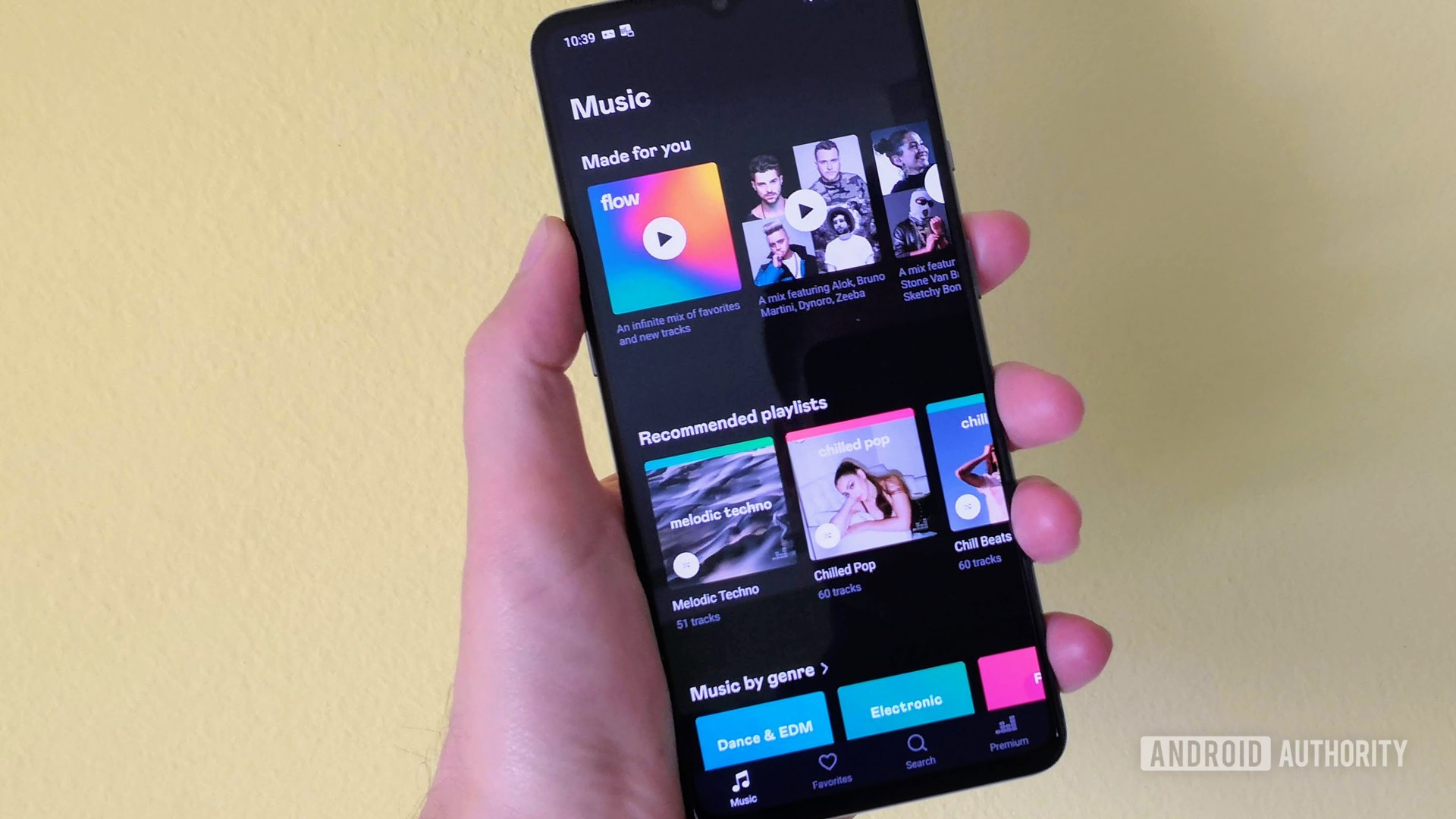 It has been about 15 years since Deezer launched. In that time, the music streaming service has grown both in its availability worldwide and the number of artists and songs on....