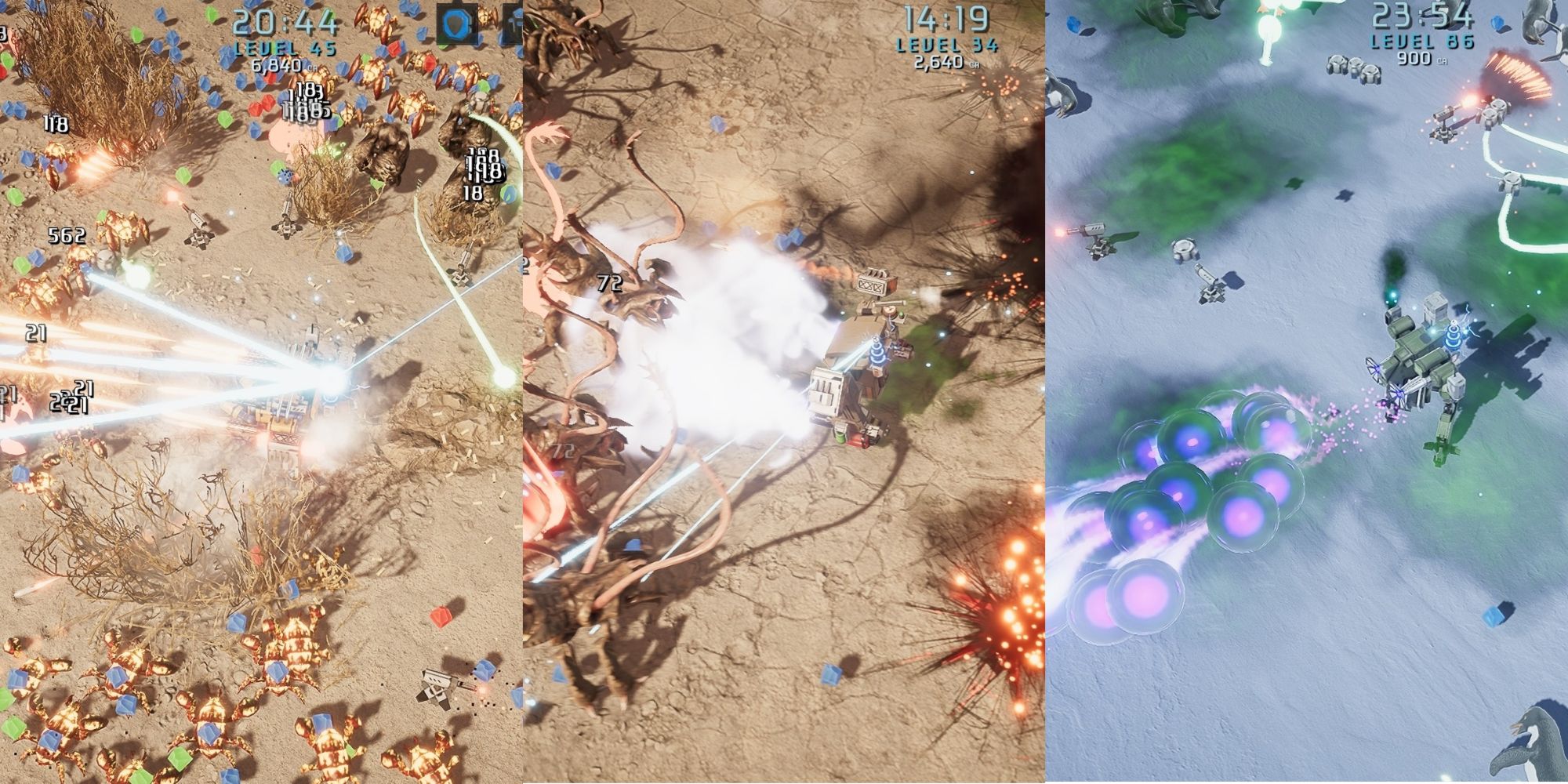 Project Lazarus is an indie action roguelike in the same vein as Vampire Survivors. It hits a lot of the same beats: survive waves of enemies for a set amount of time, collect crystals to gain upgrades, and tune your loadout for maximum damage and survivability.

However, what sets this game apart is the uniqueness and customizability of each mech, sporting not only differences in base stats, starting gear, and unique abilities, but also differences between the how much of each kind of upgrade and weapon they can equip. Each mech has a different amount of each kind of slot: Primary weapons which have relatively short cooldowns, secondary weapons which have longer cooldowns and unusual firing styles, dreadnought weapons that require upgrading to be useful but can also evolve to game-breakingly powerful forms, and expansions, which are upgrades to your mech’s base stats. Keeping all of these in mind, it’s easy to see that there’s a difference in power between each mech, so here they are, ranked.

Unlike the other mechs in Project Lazarus, which operate in a twin-stick shooter fashion, Tombstone functions more like a 3D version of a Vampire Survivors character, firing most of its weapons in the direction it is facing and facing in the direction it’s moving. While it’s a neat little throwback, this quirk, unfortunately, makes the mech hard to pilot. Combined with its glacial movement speed, you’d require a lot of finagling to even get through the first level.

Its weaknesses are helped somewhat by its amount of plating capacity and ability to gain more passively, but ultimately, its slow speed and inability to fire backwards and run forwards means that even if you’re not swarmed and eliminated, the end stage boss will likely catch up to you and trample you to death.

Dozer is another mech with an idiosyncratic movement style. It still controls in the twin-stick style, but you actually have to press buttons to make it move back (default LT/L2) and forth (default RT/R2), almost like a tank. Also like a tank, the Dozer is heavily armored, having both the highest starting armor and plating ratings in the game, which pairs nicely with its ability to gain armor plating from squashed enemies.

Unfortunately, its ability becomes useless after a few minutes in the game when squashable enemies stop spawning, though you can at least enjoy the buffer of armor plating you’ve stockpiled until it runs out. Loadout-wise, it’s decent enough, sporting an admittedly impressive six slots for secondary weapons but only one slot for the potentially game-breaking Dreadnought weapons.

The Titus is the game’s glass cannon, sporting not only the highest starting speed and critical rating in the game but also gaining more speed as it levels up. However, it also has the lowest plating capacity in the game, a piddly 15 points, meaning that if you last long enough in the game, errant contact with some enemies might blow you up outright.

The game has a tendency to spawn a near-invincible ring of enemies with you in the middle, so there are times when your speed might not do you any good. Luckily, they die before they reach you, but the enemies they were holding back do not. In times like that, the high amount of Expansion slots you have might help you, provided that you use them to get power-ups that buff your DPS. Your starting weapon, the Pulse Rifle is likely your best option to get out of being surrounded, since it passes through enemies and deals damage along the way.

Though the Lazarus is the first mech you get, it’s far from unremarkable. At first glance, the eponymous mech is friendly to newbies with its across-the-board average stats with a decent get-out-of-jail-free card in the form of the Emergency Shield, which gives you three seconds of invulnerability and restores 50 HP upon taking 50 damage, once per game.

Related: Best Vampire Survivors Weapons And How To Evolve Them

However, once you get a few runs out of your belt and discover the evolution mechanic, you’ll quickly realize that the fact that the Lazarus gets an astounding four Dreadnought slots– the most in the game, is the true power of this mech. After all, Dreadnought-class weapons are the only ones in the game capable of evolving into game-breakingly powerful versions, and you get four of them. If you can pull it off and evolve four Dreadnought weapons, then you have yourself a one-mech apocalypse.

Less a mech and more a turret on legs, the spider-like Aramech features a whopping four Primary weapon slots, meaning that if you play your cards right, this baby will always be firing. It starts with a Machine gun, and you’re best off leaning into that and getting three more, guaranteeing that anyone who opposes you will have to do it through a screen of flying lead.

While getting four level ten machine guns might sound like it would require a lot of time and luck, the Aramech’s special ability makes it a lot easier since all crystals grant 20 percent more experience, meaning you’re leveling faster and getting more chances at your perfect loadout. This mech doesn’t have any real weaknesses, either, having average plating capacity and speed, so it’s rarely a bad time to pilot it.

The Striker already gets bonus points for looking right at home in a Gundam anime, but it also gets its own unique weapon, the suitably badass-sounding weapon Court Martial, which damages all enemies on screen for three times your current level after a long charge-up, usually clearing it.

Across the board, the mech has above-average stats, only losing out to mechs that specialize in a particular stat like the Dozer does with armor plates or the Titus with speed. Its only real weakness is that it holds the least amount of weapons in the game. The Striker is only able to hold one primary weapon: the Machine Gun it starts with, as well as holding an average amount of both Secondary and Dreadnought weapons.

What it lacks in sheer weapon amount, it makes up for in customizability, holding the most Expansion slots in the game, even with the Court Martial occupying one slot. You can stack damage, speed, rate of fire, etc. This mech will be whatever you want it to be.

Next: Things You Need To Know Before Starting 20 Minutes Till Dawn 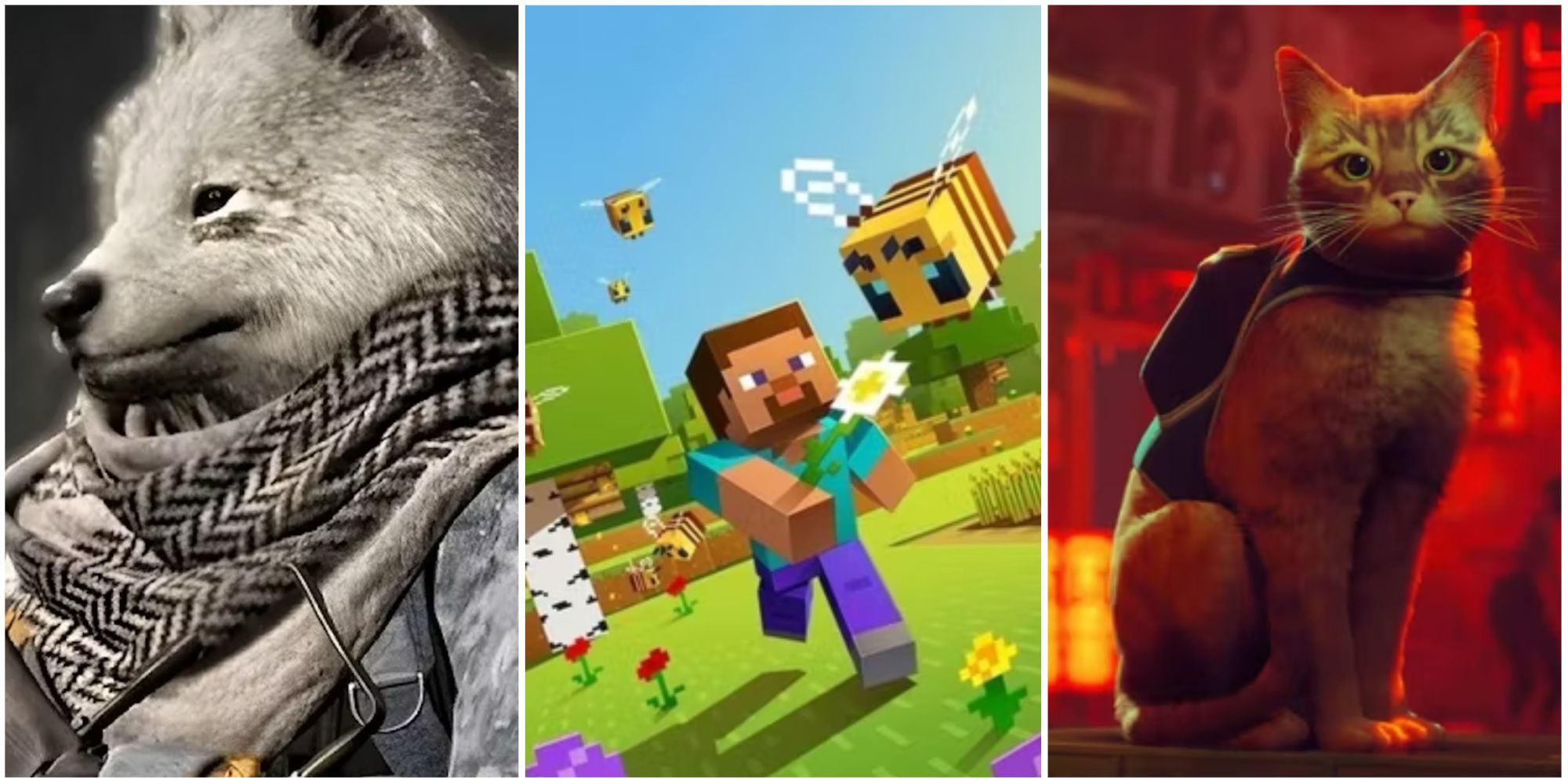 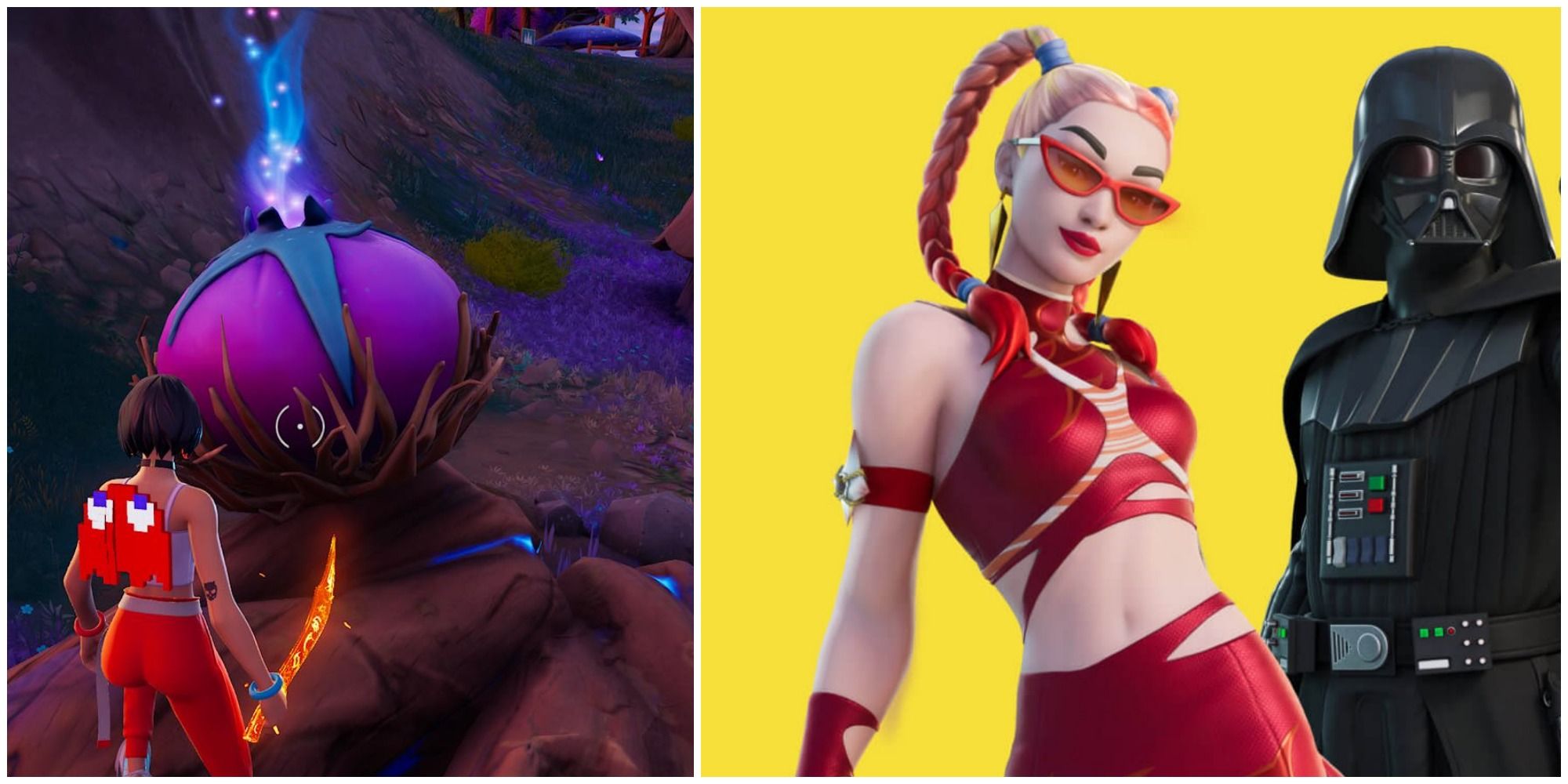 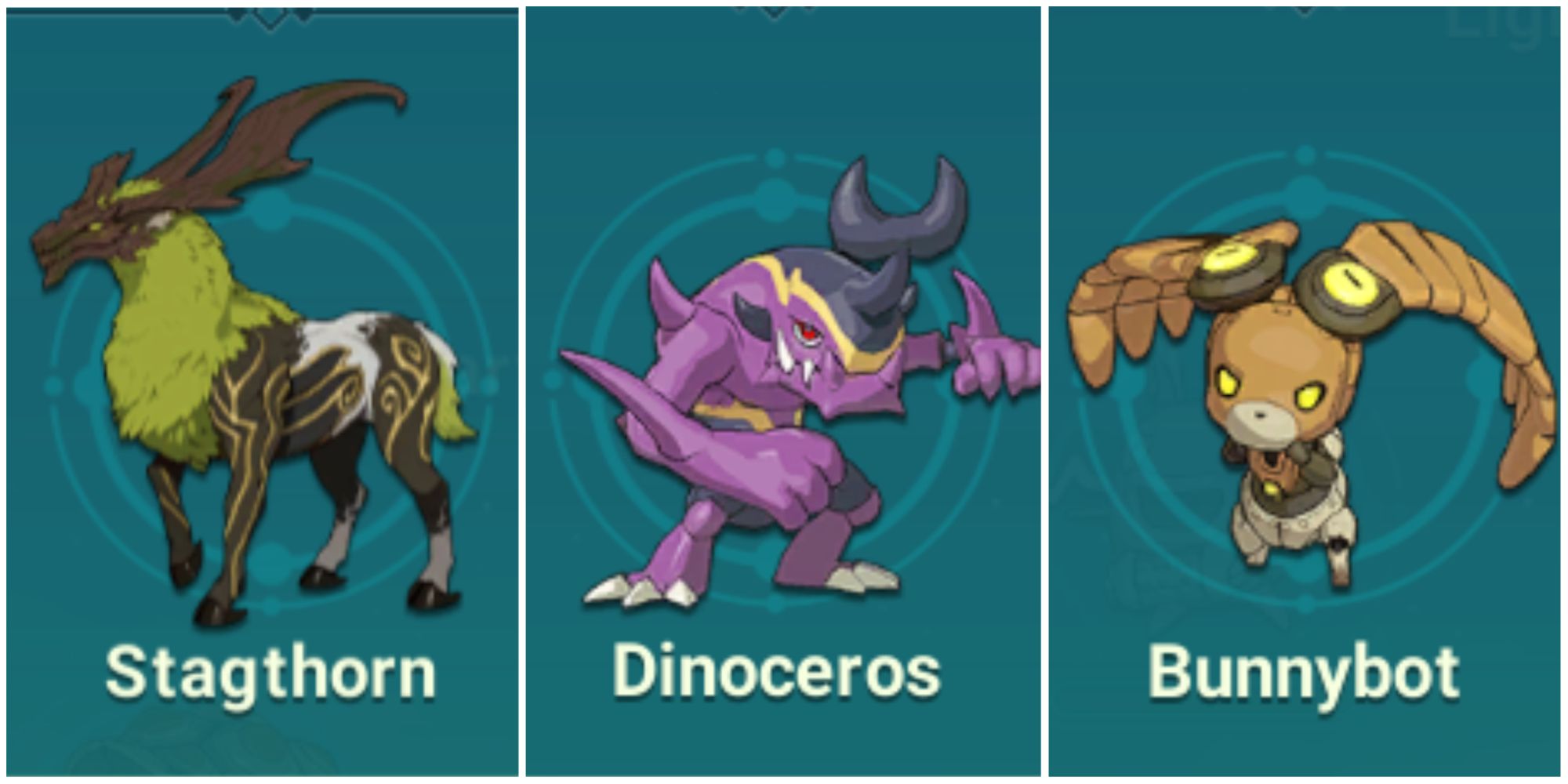 When it comes to the world of Ni No Kuni, familiars are one of the best things about the series and they’ve become one of the most discussed topics in the....