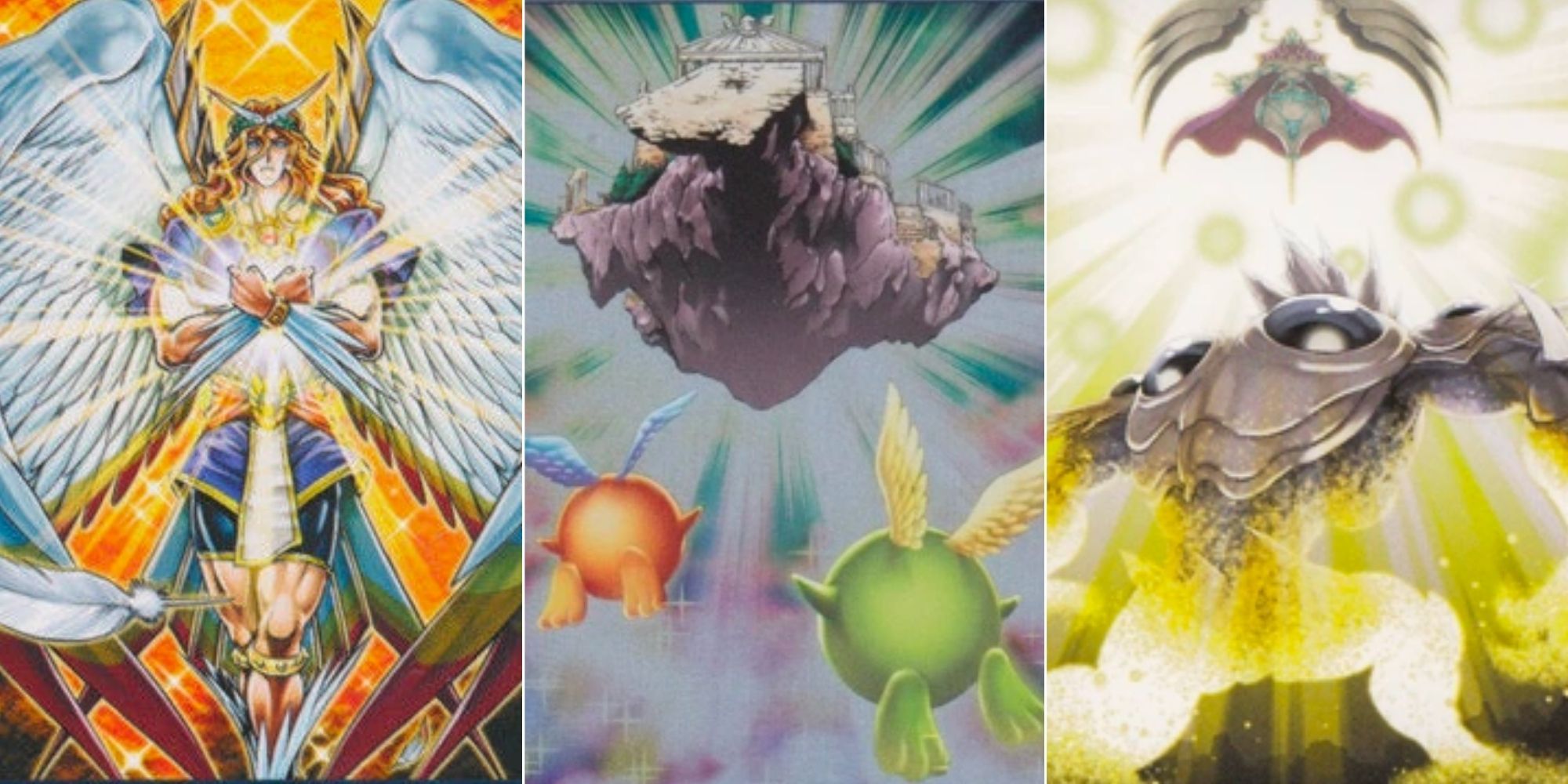 One of the most popular attributes in Yu-Gi-Oh!, Light cards often feature otherworldly artwork and effects that help you control the flow of the duel. Many of the most iconic Monsters in the TCG belong to the Light attribute — the Blue-Eyes, Cyber Dragon, and Utopia archetypes are a few examples.

While there are numerous Spell, Trap, and Monster effects that work with specific Light Monster archetypes, there are also some support cards that can improve any Light attribute deck. There are Light Monster support cards that allow you to prevent Special Summons, steal attack points, and Fusion Summon without a Spell card. No matter your playstyle, there’s likely a Light support card that can take your deck to the next level — whether you want to rank up in Master Duel or simply have fun dueling with friends.

This Spell card also works as an effective alternative for summoning Herald, Cyber Angel, and Drytron Monsters. That said, you should keep in mind that Sprite’s Blessing requires you to tribute Monsters with a total Level that exactly equals that of your Ritual Summon target, so it may not be the best choice if your chosen Ritual Monsters don’t have Levels that line-up.

Constellar Belt’s effect doesn’t prevent your Light Monsters effects from being negated after they’ve been activated, meaning certain cards like Skill Drain can still stop your effects from working. That said, many cards prevent Monster effects by negating their activation, so Constellar Belt will frequently be worth the low cost of getting it on the field.

Photon Sanctuary summons two Photon Tokens with 2,000 attack and 0 defense in the defense position. Photon Tokens can’t be used for Synchro Summons, and you can only summon Light Monsters on the turn you activate this Spell effect, but Photon Sanctuary makes up for it thanks to the other combos you can pull off with this card.

Photon Tokens are treated as Level 4 Light Monsters, making them great for XYZ summoning a number of Rank 4 Monsters that can work with any Light deck, including Number 39: Utopia, Number 44: Sky Pegasus, and Starliege Paladynamo. There are also several Link Monsters that can be summoned with only the two Photon Tokens that Photon Sanctuary provides.

This Quick Play Spell makes it easier to summon multiple Light Monsters in a single turn. Photon Lead’s effect lets you Special Summon a Level 4 or lower Light Monster from your hand in attack position. This effect can even be used during the Battle Phase for an extra attack on your opponent’s life points.

If you’re building a deck that has plenty of low-level Light Monsters, then Photon Lead will help you swarm the field. However, this Spell card is less helpful in decks that have trouble adding resources to the hand. In decks where every card you draw needs to be immediately useful, Photon Lead can be a liability.

This Trap card benefits you both defensively and offensively. When an opponent’s Monster attacks, Lumenize lets you negate the attack, then give one of your Light Monsters an attack increase equal to the opponent’s Monster’s attack points until the end of your next turn.

Essentially, Lumenize not only prevents one of your opponent’s attacks but also powers up one of your Monsters, so you can unleash a devastating counterattack during your Battle Phase. For Light attribute decks, Lumenize makes a great alternative to cards like Mirror Force and Magic Cylinder.

Beckoning Light gives you a chance to get back some of your most useful Monsters at a crucial point in the duel. By discarding your entire hand, Beckoning Light lets you add one Light Monster from your Graveyard to your new hand for each card discarded.

Since this Trap card lets you get back any Light Monster in your Graveyard, it works best when your current hand doesn’t have what you need to turn the duel around. You can get the most out of Beckoning Light by using it to discard cards with Graveyard effects.

4 Barrier Statue Of The Heavens

Many decks in modern Yu-Gi-Oh! rely on Special Summoning multiple Monsters each turn to summon boss Monsters and set up their most powerful card effects. With Barrier Statue of the Heavens, you can shut down this strategy if you go up against any deck that doesn’t use Light attribute Monsters.

This Fairy Monster’s effect makes it so neither player can Special Summon unless they’re Special Summoning a Light Monster. In other words, this effect locks most opponents’ Extra Deck and Graveyard summons, limiting them to Normal Summoning as long as your Barrier Statue remains on the field.

Honest is a Fairy Monster that helps you win the Battle Phase. When one of your Light Monsters battles, you can send Honest to the Graveyard in order to give your targeted Monster an attack boost equal to the Monster it’s battling. In addition to destroying your opponent’s Monster in many cases, Honest can also deal a considerable amount of damage with this effect — it’s not uncommon to end a duel this way.

Complementing its main effect, Honest allows you to return it to the hand when it’s face-up on the field during your Main Phase. Basically, you can use an effect that Special Summons a Monster from the deck or Graveyard to add a copy of Honest to your hand.

Despite being a part of the Yu-Gi-Oh! TCG for over 20 years at this point, Shining Angel’s versatile effect continues to make it a viable choice for Light attribute decks. While you may need to have this card destroyed by battle in order to activate its effect, the cost is worth it since you’ll then be able to immediately Special Summon any one Light Monster with 1,500 or less attack points from your deck.

If you have a card like Creature Swap that allows you to give control of this card to your opponent, you can activate Shining Angel’s effect by destroying it yourself. With this combo, you’ll both deal damage to your opponent and summon an additional Monster — which can attack during that same Battle Phase.

The Light – Hex-Sealed Fusion helps you summon Fusion Monsters more easily in two ways. First, it can be substituted for any one Fusion Material Monster specifically named on a Fusion Monster (like one of the Blue-Eyes White Dragons needed to summon Blue-Eyes Twin Burst Dragon). Second, it lets you Fusion summon without a Polymerization-type card by tributing Monsters on the field, including itself.

Here are a few of the best Fusion Summon targets to bring out with this Rock Monster: 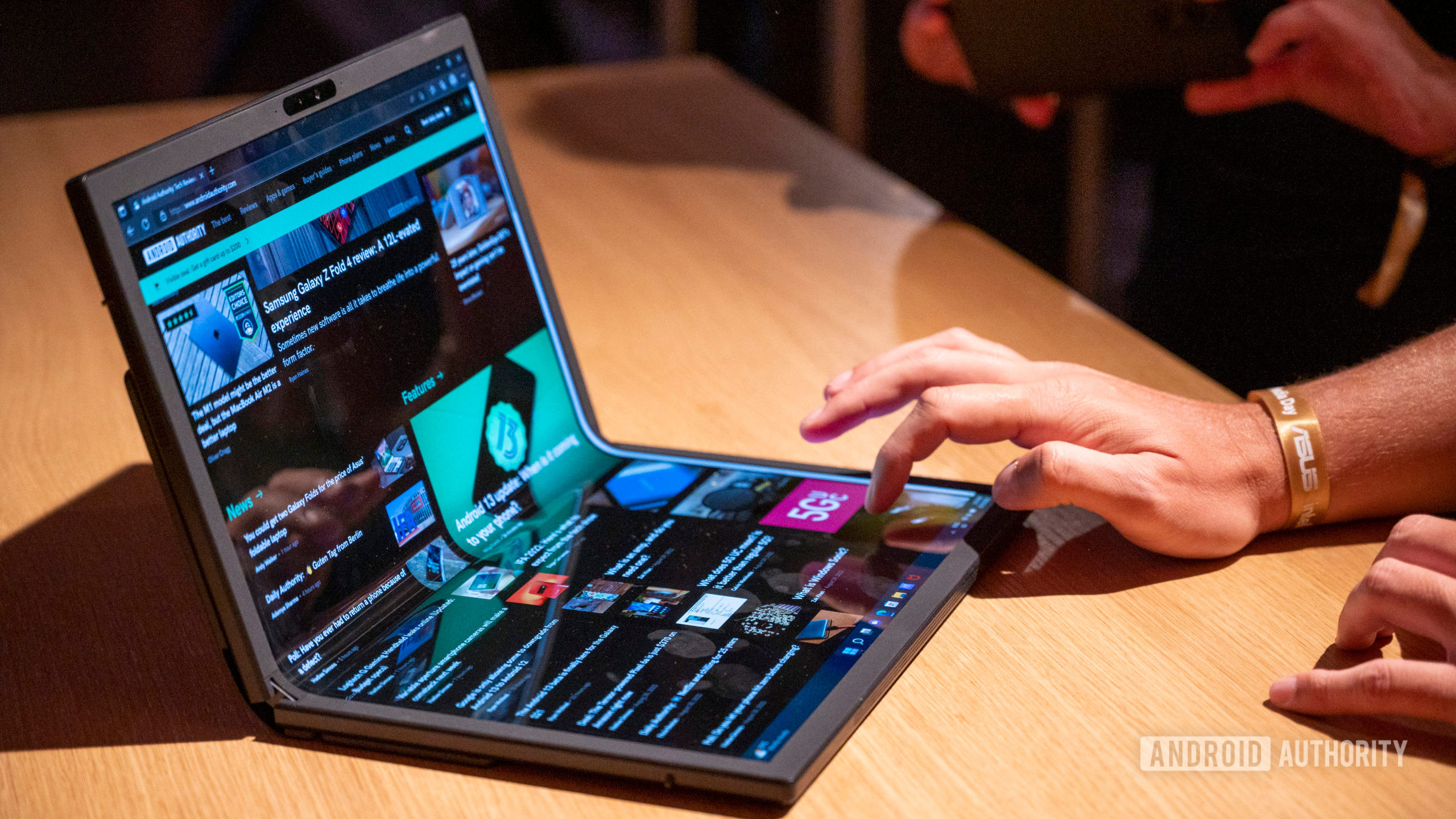 Bogdan Petrovan / Android Authority Folding-screen laptops were not something I thought I could be excited for, but after seeing Asus’ new Zenbook 17 Fold OLED at IFA, I am beginning....

They Should Make A Forza Horizon For Adults

They Should Make A Forza Horizon For Adults

There’s so much I love about the Forza Horizon series. It takes Forza Motorsport’s peerless driving physics, smooths the edges, and gives it an approachable arcade flair. Its open worlds are.... 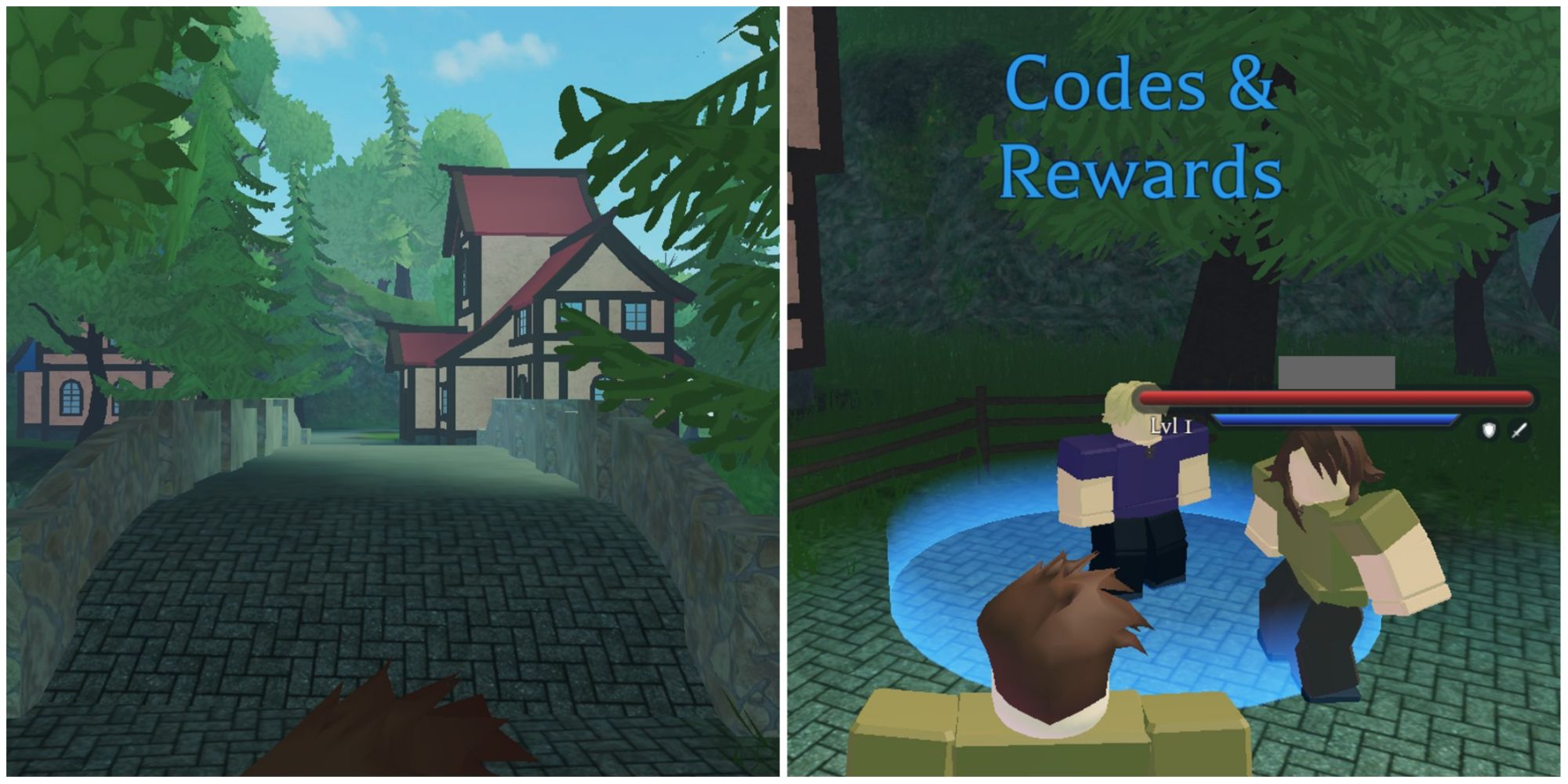