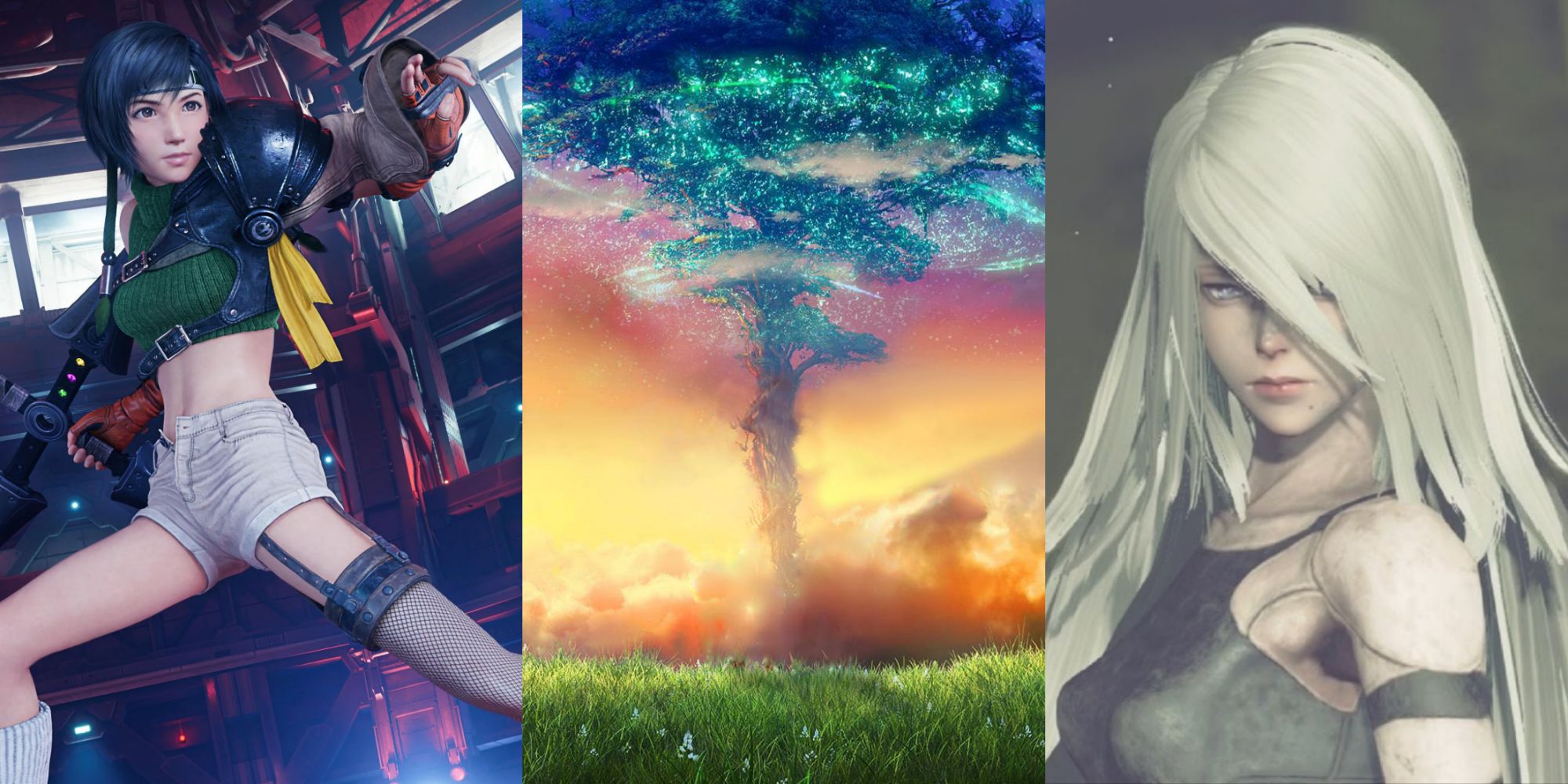 If you enjoyed Crisis Core: Final Fantasy 7 Reunion, there are plenty of games that play similarly and tell grand stories as Crisis Core does. Here are a few amazing games you will enjoy if you liked Crisis Core Reunion and are ready for the next big adventure.

Nier: Automata is one of the most distinctive RPGs in recent memory. Directed by renowned game director Yoko Taro, Automata has one of the most unique approaches to a narrative that has ever been seen in the history of games. In Nier: Automata, a squadron of androids, YoRHa, are sent to Earth to fight back against the machines that have taken over the planet.

Automata has some of the greatest combat depth you can find in a game, which is mostly due to the incredible work from Platinum Games on the project. If you enjoyed slashing away at enemies in Crisis Core, you will admire the flashy and spontaneous combat found in Nier: Automata.

If you are a fan of the world that Crisis Core: Final Fantasy 7 Reunion offers, you will appreciate the worlds of Dahna and Rena. An intriguing story awaits Alphen and Shionne, who serve as the protagonists of Tales of Arise. The battle system in Arise is easily the best in the Tales series, with fast-paced action and a whole party of playable characters.

Tales of Arise also offers some similar themes found in Final Fantasy 7 and Crisis Core. If you liked either of these games, it would only take you a few hours to get lost in the wondrous world in Tales of Arise.

Dragon Quest 11 offers some of the greatest turn-based combat in all RPGs. While it might not be the action combat you saw in Crisis Core, it similarly has plenty of depth to it with different spells, weapons, and more. The narrative of Dragon Quest 11 is also phenomenal, which will hook you right from the get-go.

A cast of lovable characters awaits in the world of Erdrea, which is incredibly vast, with a ginormous amount of land for you to explore. If you like RPGs, this is a must-play, especially with the new content added in the S edition of the game.

NEO: The World Ends With You is the sequel to 2008s The World Ends With You. The story revolves around the Reaper’s Game, where players must complete tasks daily and survive a whole week in order to escape and live. NEO: TWEWY expanded greatly on its predecessor’s combat system while at the same time making the switch from 2D to 3D.

The combat system found in this title is enthralling, with countless abilities being made available for you to take advantage of. The story is also captivating, offering a great narrative that is sure to grab your attention if you liked Crisis Core: Final Fantasy 7 Reunion.

Devil May Cry 5 shocked the world in 2019, with the series returning after a decade since the last mainline title. Simply put, Devil May Cry 5 offers one of the greatest combat systems ever. There are three playable characters, Nero, V, and of course, Dante. Each one has a unique combat system with multiple weapons at their disposal. The game is split into 20 missions that alternate between the three main characters depending on what is occurring in the story.

Additionally, the story in DMC5 will hook you right away with its bombastic cutscenes and terrific voice acting. The action in Devil May Cry is really unlike anything else in this world, and you will feel just like Dante as you rake up combos. Devil May Cry 5 is a great follow-up to Crisis Core.

Xenoblade Chronicles 2 takes place in the world of Alrest, a world with gigantic creatures called titans all swimming in a sea of clouds. It is a story of adventure, courage, love, and so much more. You play as Rex, who is the driver of the most powerful being in the world, the Aegis, or Pyra. Together, you march onwards to reach Elysium, a city so plentiful it can save the people of Alrest.

If you liked Crisis Core’s main themes and combat, you would find yourself spending countless hours in Xenoblade Chronicles 2. XC2 offers one of the most heartfelt and emotional stories available on the Nintendo Switch, as well as some of the most immersive world-building and characters in recent memory.

A fellow PSP game, Kingdom Hearts Birth By Sleep, is a fantastic game you’re sure to enjoy if you liked Crisis Core: Final Fantasy 7 Reunion. Birth By Sleep explores the stories of Ventus, Aqua, and Terra, three students of Master Eraqus. Birth By Sleep is divided between these three characters, all coming together in the end to reveal some long-awaited details regarding events in the series.

Birth By Sleep offers a fantastic combat system, as Kingdom Hearts always does, so you will thoroughly enjoy the ins and outs of this great game if you like Crisis Core. If you cannot get enough of Zack, he appears in Birth By Sleep, so more Zack content is awaiting.

There could not be a better game to end this list than the sequel to Crisis Core Final Fantasy 7 Reunion, Final Fantasy 7 Remake. FF7 Remake offers a grand reimagining of the 1997 classic. This first game in the remake project covers the escape from Midgar, totaling up to a forty-hour journey.

Plenty of characters you might recognize, such as Cloud, Tifa, Aerith, and even Zack appear in FF7 Remake. The presentation, music, and combat system of Remake are out of this world, offering one of the greatest JRPG experiences available to date. 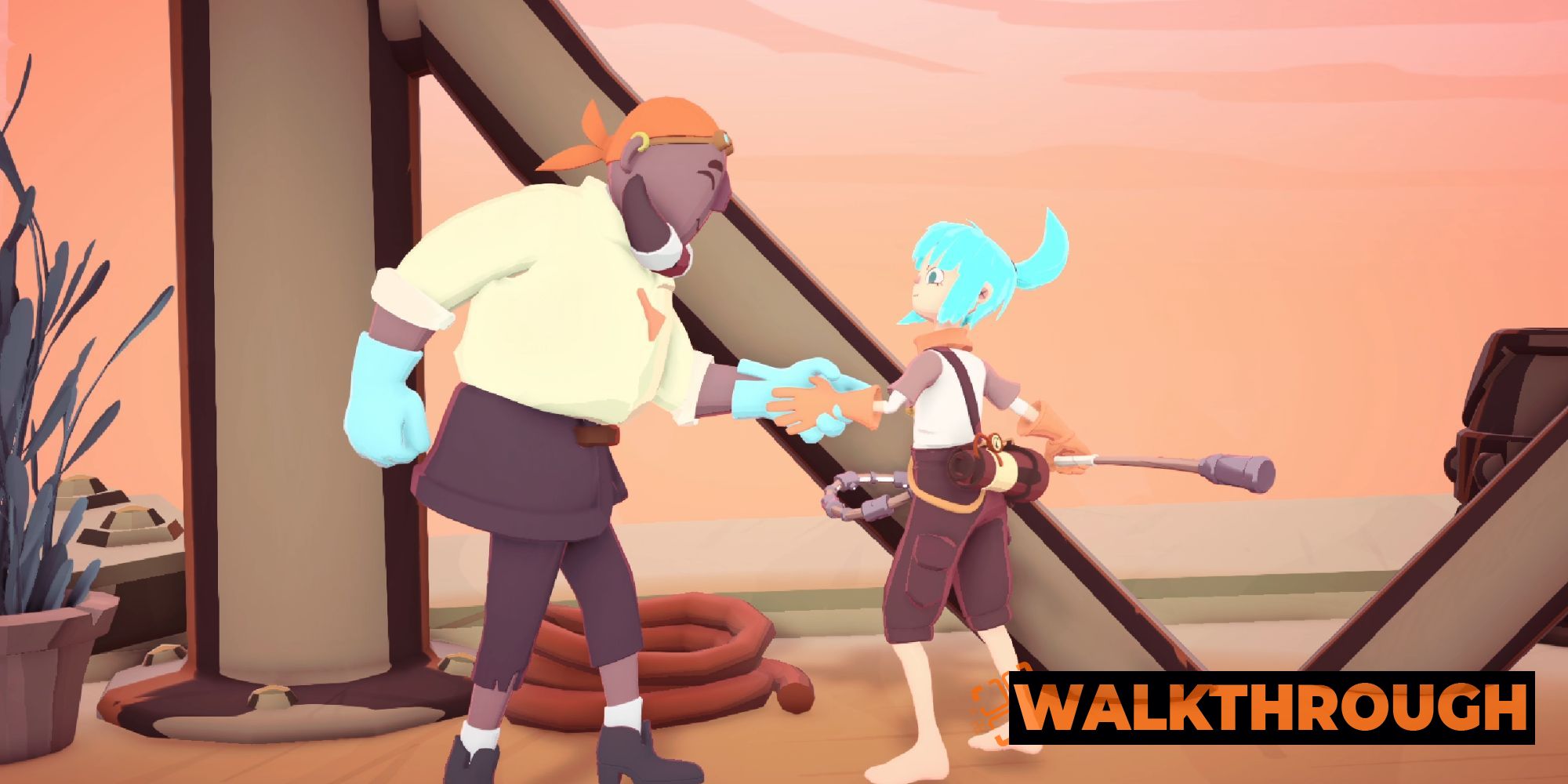 How To Beat Pirate Power Quest In Wavetale

How To Beat Pirate Power Quest In Wavetale

Quick Links How To Assemble The Fleet Through The Chills Quest Walkthrough Even with gloom and black fog covering the entire town around you, Wavetale is still a beautiful game and.... 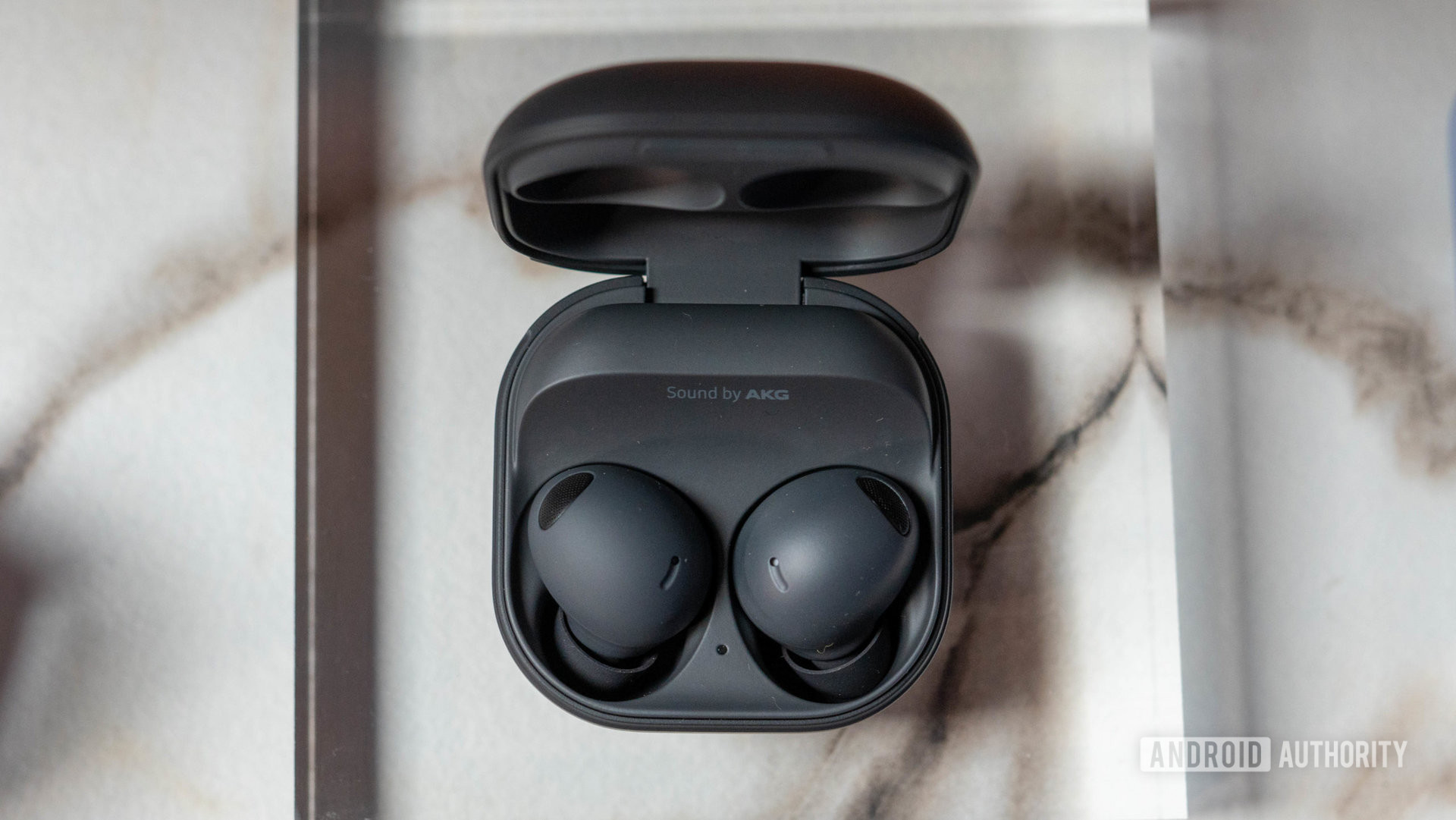 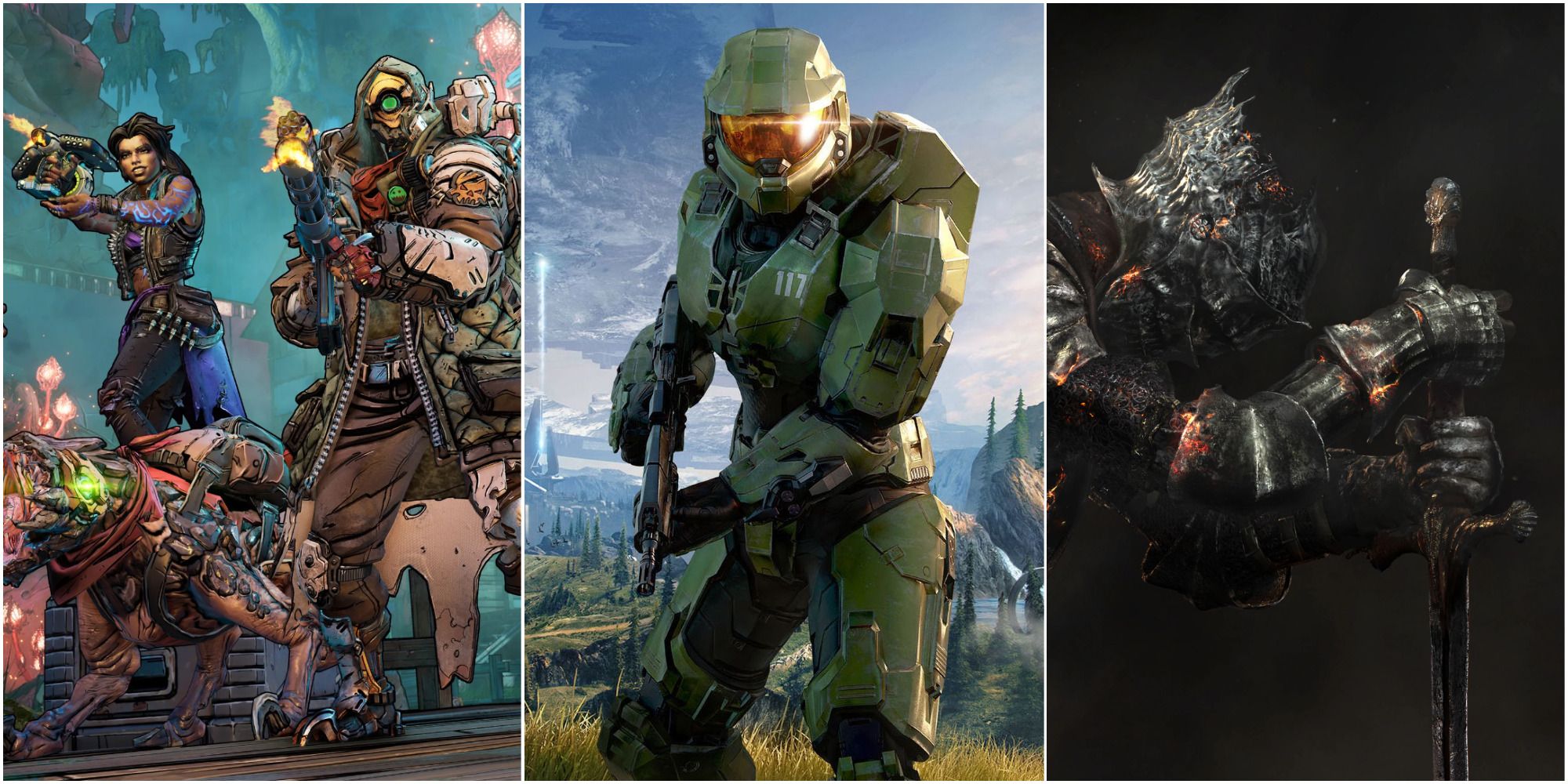 Some people play games to relax, others to master the skills involved, and some play them for the stories games can tell. But no matter why you play games, it’s easy....