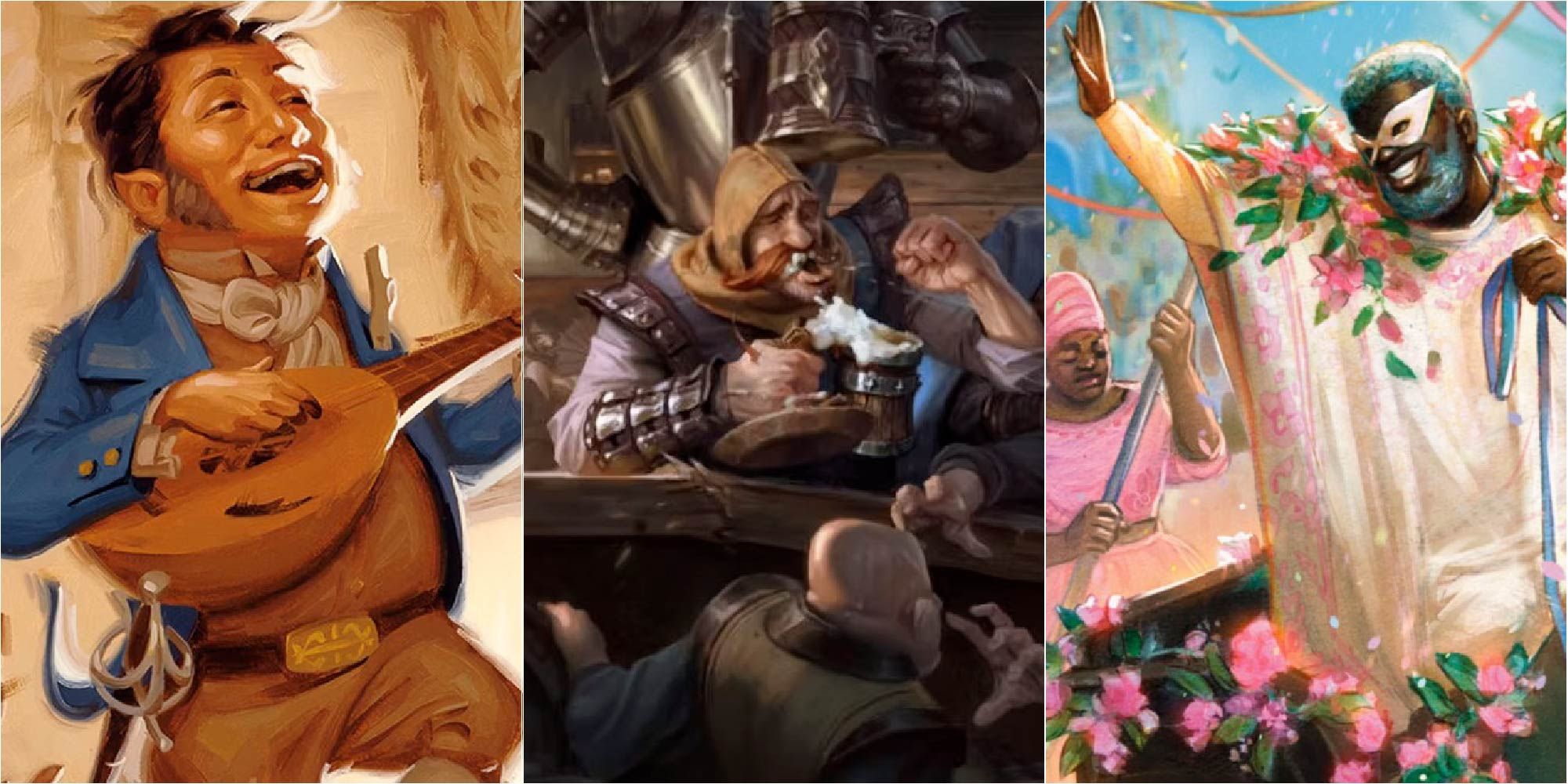 Whether you’ve been playing Dungeons and Dragons for a long time or you’re brand new, character creation doesn’t come naturally to everyone. People who love the roleplaying aspect of the game are bound to adore it, but even they may run out of ideas once in a while.

RELATED: Dungeons & Dragons: Tips For Playing Without A DM

That’s where we come in! This article details some ideas for backstories that are bound to impress your party and won’t feel too cliché or similar to a character you’ve already played. The real point is brainstorming: if something strikes while you read on, take it and run!

7/7 A Time Traveler Who Doesn’t Control Their Power

With this backstory, your character can travel through time, but they can’t control when/where in time they wind up! There are lots of ways you can modify this to your preferences:

Depending on what your campaign and DM are like, there are countless incredible possibilities! Maybe you witnessed something in the past or future that’s relevant to the plot, or your actions in the past will have ripple effects that come alive in the future. You’ll undoubtedly need to work tightly with your DM to make sure you’re not disturbing the campaign too much, as well as discussing what you may or may not know, but DMs usually love to be creative with you.

Imagine your character owns a tavern, inn, hotel, etc. You’ve been doing this work for years, and all that time you’ve been visited by the same party of misfits on their various adventures. You know each of them by name, their favorite orders and drinks, and the hopes and dreams they want to accomplish with the money they hope to earn.

But, one day, they leave and never come back.

After weeks of pacing the floors and twitching every time the front door jangles its bell, you receive word that they were all killed. That’s your last straw. Maybe you go into a Barbarian rage. Maybe you start obsessively studying magic. Maybe you pick up your parent’s old sword or crack open their old Druid books. Maybe you are visited by an entity and swear your allegiance to it. Whatever happens, you only have one goal now: to avenge that party.

5/7 The Parent Of A Previous Party Member

You don’t necessarily have to save this idea for if your first character dies. We’re just going for this: you play as a parent that, under normal circumstances, you’d except their kid to join the adventure, not them. It could be a funny setup for you to introduce yourself to the rest of the party by acting as if you were the kid at first, till you reveal you’ll actually be playing their untrained, unskilled mom.

RELATED: Dice Superstitions Every Tabletop Gamer Has At Least Considered

Of course, you don’t want to wind up as a totally useless party member with this backstory, but we’d argue there’s no need for that. First of all, the skills of an average Joe can still be incredibly useful for adventuring. Cooking, haggling, carpentry, sewing, connections to other common folks – don’t take these things for granted! Plus, as you settled into a new life of adventuring, some of your new peers would undoubtedly teach you to wield a sword or cast magic so that you could level up alongside the party.

4/7 A Barbarian Who Hates Hurting Others

If we describe a person who is kind, gentle, nurturing, warm, and friendly, what class would you give them? We’re willing to bet that most people don’t jump to Barbarian. We’re so used to the archetype that a person who is happy and kind-hearted is the party healer that we don’t really second-guess it anymore. To get to know your own character better, investigate: what made them happy and kind-hearted; what prompted their growth and effort to stay safe and healthy; why do they care so much for others?

If we do that investigation, not every kind and friendly character is going to wind up as a healer. They may have found other, better ways to be helpful. We don’t have too much trouble thinking of other classes as positive people – Druids, Monks, Rangers, Fighters – but Barbarians are a stretch because of their Rage mechanic. Think, though, about how much fun you could have by turning this tradition on its head!

The Barbarian begs their opponent from across the field to avoid unnecessary bloodshed this day. Their enemy refuses. This enemy has realized too late that the Barbarian was trying to save their lives, not the Barbarian’s friends’.

3/7 The BBG Of A Previous Campaign

Ever thought that a Big Bad Guy (BBG) of a campaign was just misunderstood? Could you see that their redemption ark was just on the horizon? Then pull a Zuko from Avatar: The Last Airbender and give your former enemy that redemption yourself!

If you want to play as the BBG from a campaign you’ve already run, you’ll need to work with the DM to make sure it’s okay. If your party thought they killed the BBG, why are they still alive? Even if the BBG didn’t die, why would they join the party? However, you could also just pull a villain from a preexisting campaign. For example, Strahd from the official campaign Curse of Strahd is a popular character, and he’s got a detailed backstory already written.

2/7 A Paladin Whose Oath Is To Their Partner

The Paladin class demands that you make an oath to something good and righteous. Paladins have a different relationship with oaths than, say, Warlocks. Warlocks get their power specifically from an entity, usually in exchange for serving them. Paladins swear an oath to uphold an ideal, which may be connected more or less strongly to a deity of their choosing.

By these rules, there’s no reason that your Paladin’s oath couldn’t be their wedding vows to their partner. Wedding vows are often connected to a diety, so you have that built in if you want it, and it’s an incredibly romantic idea. Is your partner another party member, or are you fighting to keep them safe at home? The details are up to you.

Is this mostly a joke? Yes.

Do we think you should consider it anyway? Also yes.

All we’ll say is this: you could come out of that encounter with Shia LaBeouf feeling a lot of different ways. Grateful for your life? Seeking revenge? Desperate to return home? If it feels too cheesy, change Shia LaBeouf’s name and fudge a few details. A run-in with a cannibal is still a pretty wacky backstory! 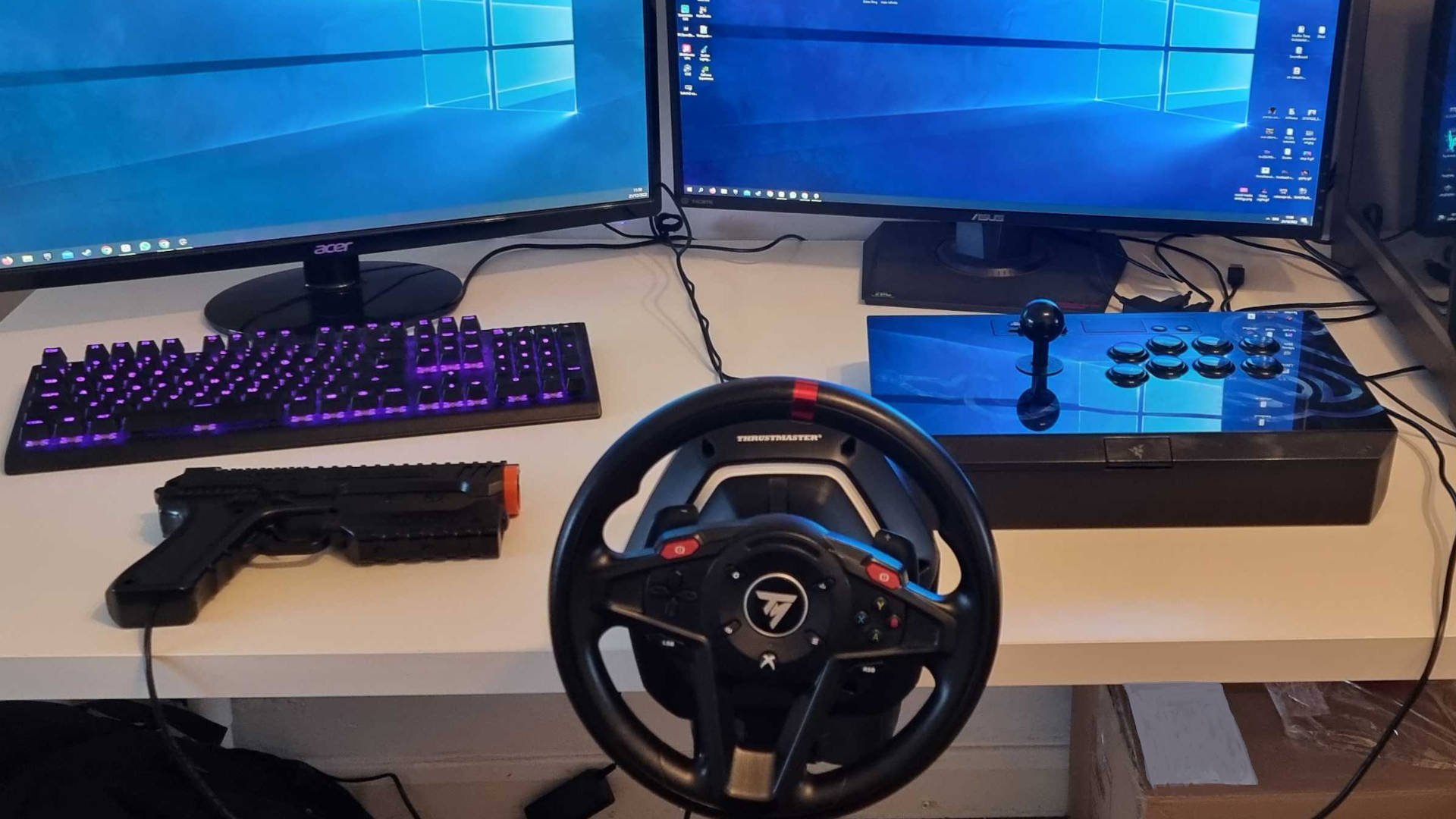 How I turned my gaming PC into an arcade machine

How I turned my gaming PC into an arcade machine

I love arcade games. There’s no feeling like going down to a seaside town, and hearing the loud and obnoxious classics with their speakers whacked on full. For some, it may.... 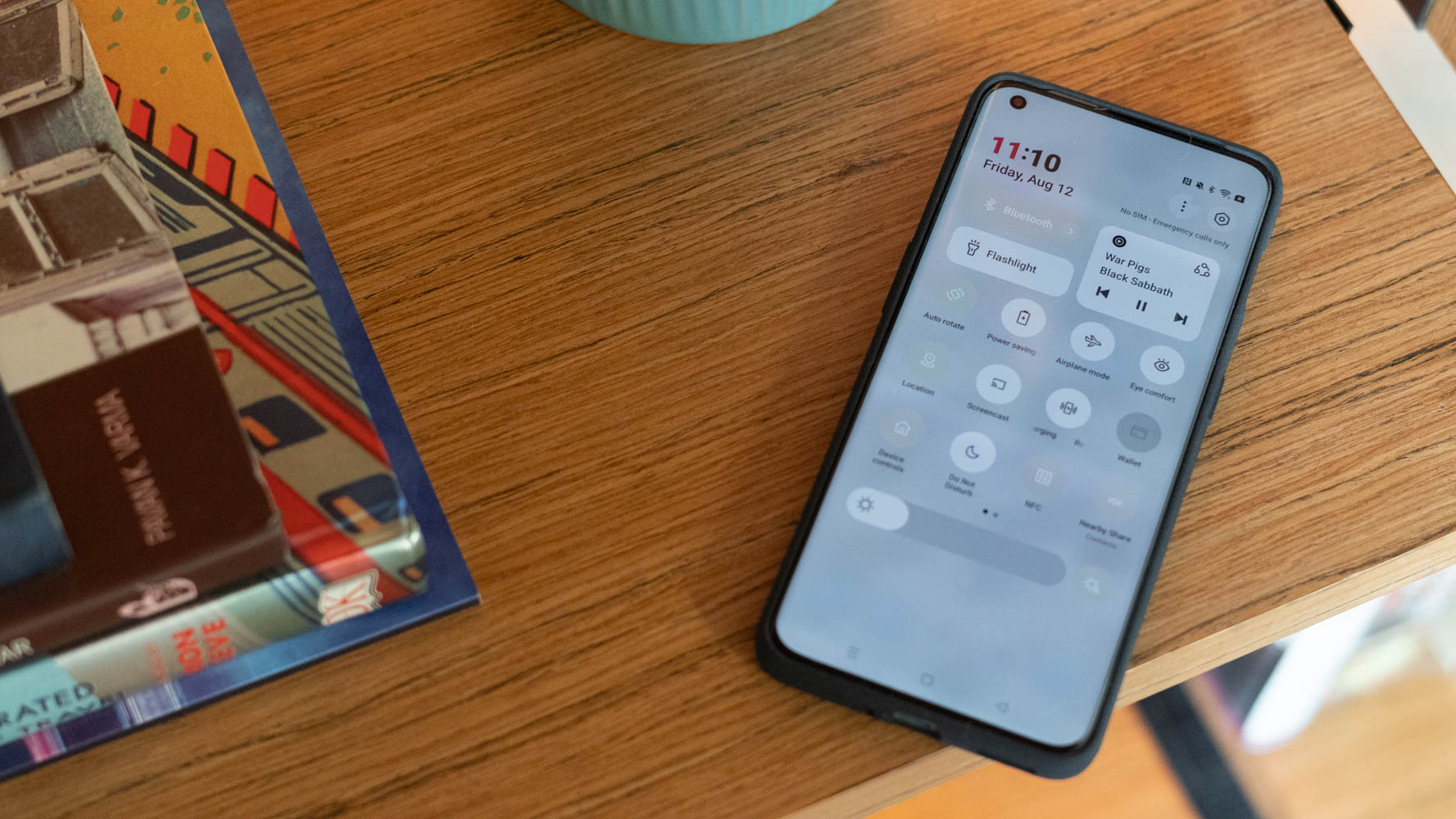 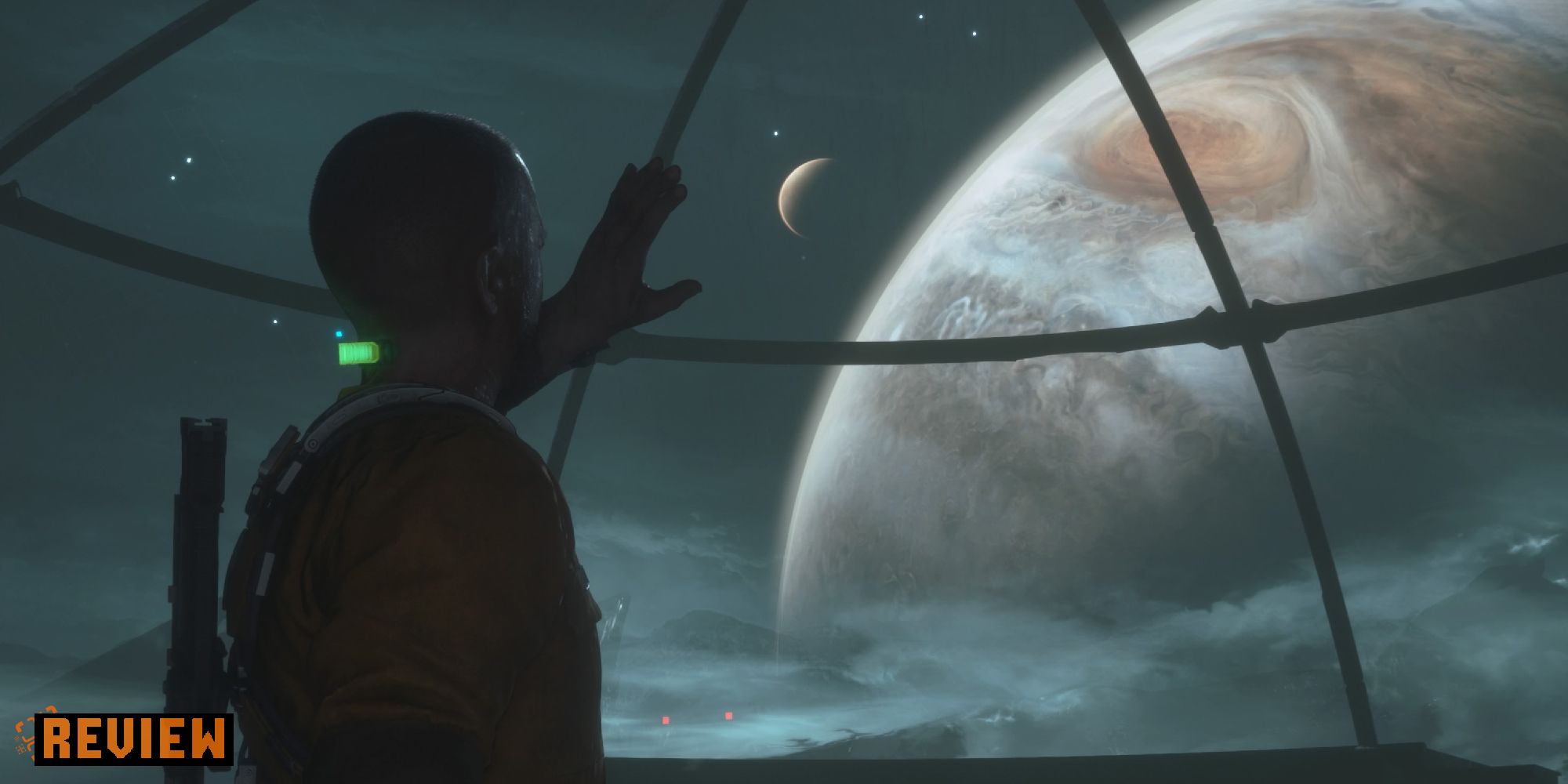 The Callisto Protocol has, until its launch today, largely been known for what came before. It’s a spiritual successor to Dead Space, and its developer, Striking Distance, is headed up by....