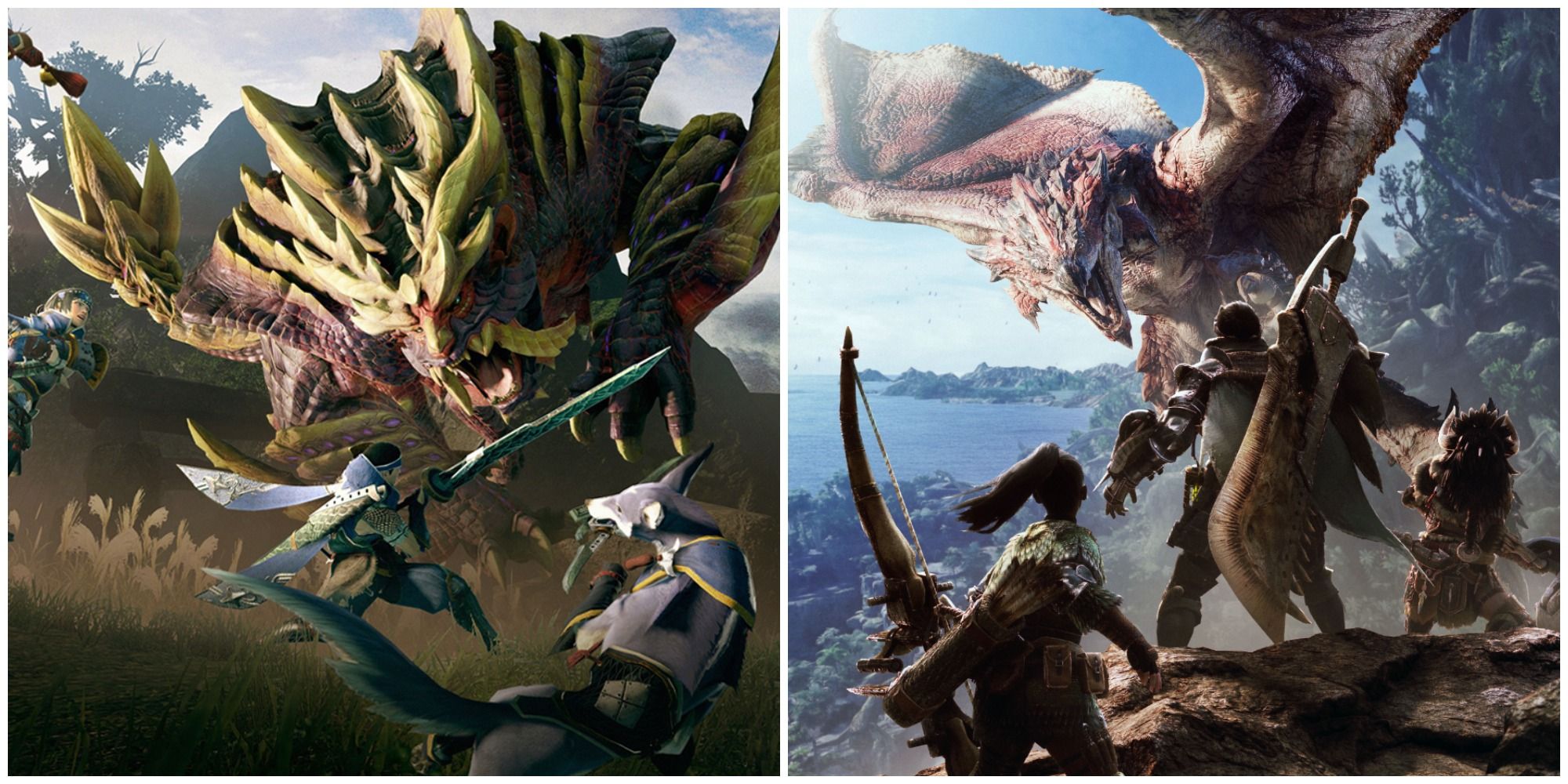 Monster Hunter boasts a rich history of monsters and all things to do with high fantasy epicness. As games progress and launch every year, there are bound to be changes — like new enemies, re-designs, and fun little tidbits that improve the overall gameplay experience.

RELATED: The Best Crossovers In The Monster Hunter Series

Both Monster Hunter Rise and Monster Hunter World are relatively new releases, with features that separate the two from becoming the same game. They share some similarities for fans to experience and love once more, but there’s enough change and fresh ideas for new players to enjoy.

Updated September 19, 2022, by Nico Dagny:Since the release of the Sunbreak Expansion, elements have been added to Monster Hunter Rise, which makes it differ even more from Monster Hunter World. These differences are worth looking into if you want to get more out of the game, as they’re sure to make your time worthwhile with the rewards you’ll earn.

Monster Hunter used silent protagonists in the past, namely in World but in Rise, your Hunter now talks during cutscenes. Before, they would only speak while emoting and not when sharing a conversation with someone. This made things a little awkward as the protagonist would have a still unchanging expression as someone spoke. But as of Rise, this has all been reworked to make things run smoother.

Instead of sitting back to see your character barely reacting to anything as a silent protagonist in Rise, they’re fully voiced.

Along with the Sunbreak Expansion released on June 30, 2022, there came all new follower quests. Completing these missions grants many rewards; you’ll earn the typical lot of armor and weapons, aiding further in your travels, but you will also be able to bring these followers with you on hunts who act like party members in battle. You’ll typically have to complete two or more missions where you hunt down various monsters for these follower quests.

Follower collab quests were never a thing in World and were first introduced in Rise’s DLC.

10 Who Let The Palamutes Out?

While Monster Hunter has previously included the fan-favorite feline Palicoes, Palamutes are the new dog-like companions in Monster Hunter Rise. These adorable sidekicks can come on hunts with you and assist in their own way.

Palicoes have always been a great help with tactical support, thanks to their specializations for both offensive and defensive maneuvers. Now, Palamutes are fantastic for helping you attack the enemy as they have special gear like the dual blade chain or the large shuriken. You can give the Palamutes commands and ride on their backs, so what’s not to love?

If you’re in the mood for an entertaining RPG with boundless quests and side areas to explore, Monster Hunter Rise is a good choice. The story has plenty to get invested, but it isn’t as long as the time it’ll take to complete Monster Hunter: World. For Rise, you’re looking at about 20 hours for the main story, whereas with World, it’ll take around 47 hours.

However, this isn’t to say that there aren’t still lots of extra things to do during your time with Rise. 20 hours is the standard for beating the box-art foe, but you’ll only just be getting started. With rampages, multiplayer, and high-rank Hunter missions, you can get over 100 hours out of the game – if you want to.

Another new feature of the Sunbreak DLC is Anomaly Investigations, a system crafted for accepting quests on high-contract monsters. These investigations have time limits but will give you large sums of money and well-sought-after rewards that are incredibly useful to improve your character and their gear.

When beginning Anomaly Investigations, these monsters will be low-level and easy to take out; it’s only after working your way through this system that you can progress further to take on uber-powerful enemies like the Apex monsters.

The canteen and its options have essentially had an overhaul, adding new items and skills. The Rise canteen mainly focuses on Dango combinations, where different combos gift you various skill buffs. You can also access the canteen through your camp tent, so you don’t have to travel all the way there whenever you want a bite to eat.

The food in World works a little differently because rather than being Dango-based, you combine different ingredients to receive skill buffs. Ingredients come under the categories; of meat, fish, vegetables, and drinks.

Unlike other Monster Hunter entries, Rise has the story and multiplayer modes separated into two sections, making it a little easier to jump into whichever mode you like. In addition, the two being separated adds convenience; if the online play doesn’t pique your interest, you can play the entire game yourself, exploring the vast corners of the world and helping out travelers you find on the way.

If you’re not interested in exploring the main story but love the idea of playing through a few side quests with your friends, you can do that by choosing the multiplayer option or carrying out missions in the Hub.

Looking at the respective introductions straight away, you’ll notice the differing atmospheres. Rise begins with an introduction to Kamura Village and what to expect in the game. It’s calming, welcoming, and chill to watch – a lovely time in a peaceful village, ignoring the oncoming rampage, of course.

Move over to World, however, and everything falls apart from the outset. While making your way to the new world (where the rest of the game takes place), your ship crashes, and what should’ve been a peaceful journey becomes a dramatic endeavor, chaotic from start to finish. These two introductions are polar opposites, setting the tone for the adventure you’re about to begin.

One of the more unexpected additions to Monster Hunter Rise is the rampage mode, which essentially plays like a tower defense game. Monsters are constantly attacking Kamura Village, and it’s down to you to defend the village’s gates, taking out the waves of enemies.

You can operate turrets and take a ranged stance or get in close and slay monsters the old-fashioned way – through the use of your favorite weapon. The rampage missions are stressful, requiring practice and patience. To pull through, you’ll need to master the ropes of tactics and put them to great use to make it to the end.

New monsters arrive in every new Monster Hunter title, and with the new monsters come exciting opportunities for how to take them out. Working solo or with a team, with companions, and using various weapons and abilities. Some new monsters include the Rakna-Kadaki, Almudron, Somnacanth, and the Goss Harag.

There are actually a lot of new monsters in Rise that keep in line with the look of the universe, but with enough to make them stand on their own two feet. The designs of these creatures look great and feel incredible to play against in combat.

Wyvern riding is a combat mechanic exclusive to Rise, allowing you to ride monsters after dealing enough damage to them. This damage needs to count towards making a monster mountable; the best way to ensure this is by attacking with the Wirebug. You’ll know once you’re able to ride a monster and can do so by walking close to it and pressing the corresponding action button.

Wyvern Riding gives you a considerable advantage in battle, and you can use the monster you’re riding to attack other enemies. It’s an excellent way to whittle down enemy health early on, so you can later swoop in and deal heavy damage on the ground.

The biggest change to Monster Hunter Rise would have to be the mechanic that is — quite literally — a game-changer. The Wirebug is a new tool that allows for so many more means of traversal, as well as combat abilities.

Use them to leap, grapple, and swing your way through the vertical environments of Rise. Similarly, utilize them in combat alongside your weapons to make for some powerful moves, including pinning a monster in place so you can lay on the damage. It’s almost impossible to go back to a Monster Hunter game without them now. 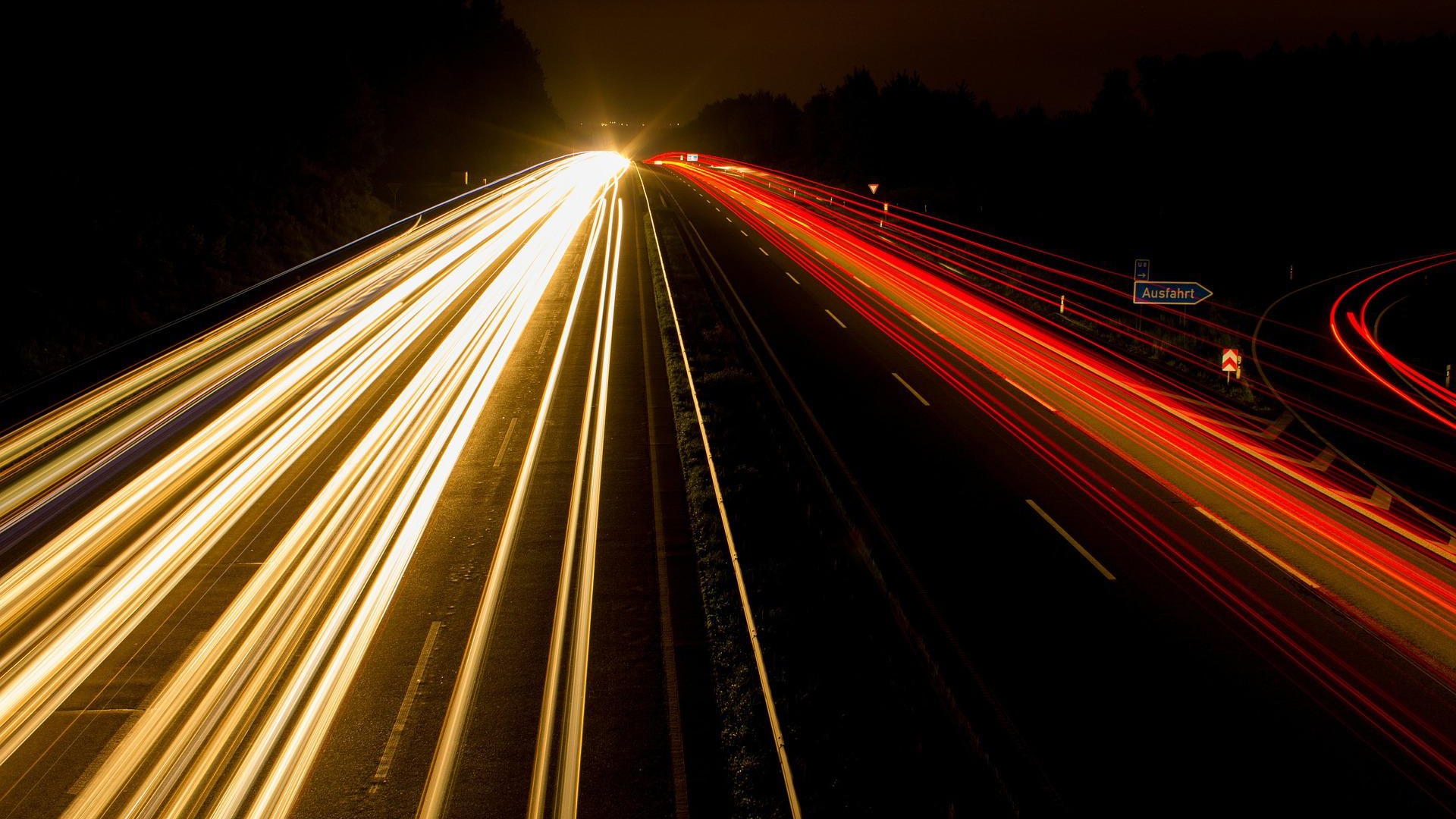 When seeking to protect your privacy on the internet, it is reasonable to ask the question ‘Which is the fastest VPN?’ After all, while VPNs can help you to speed up.... 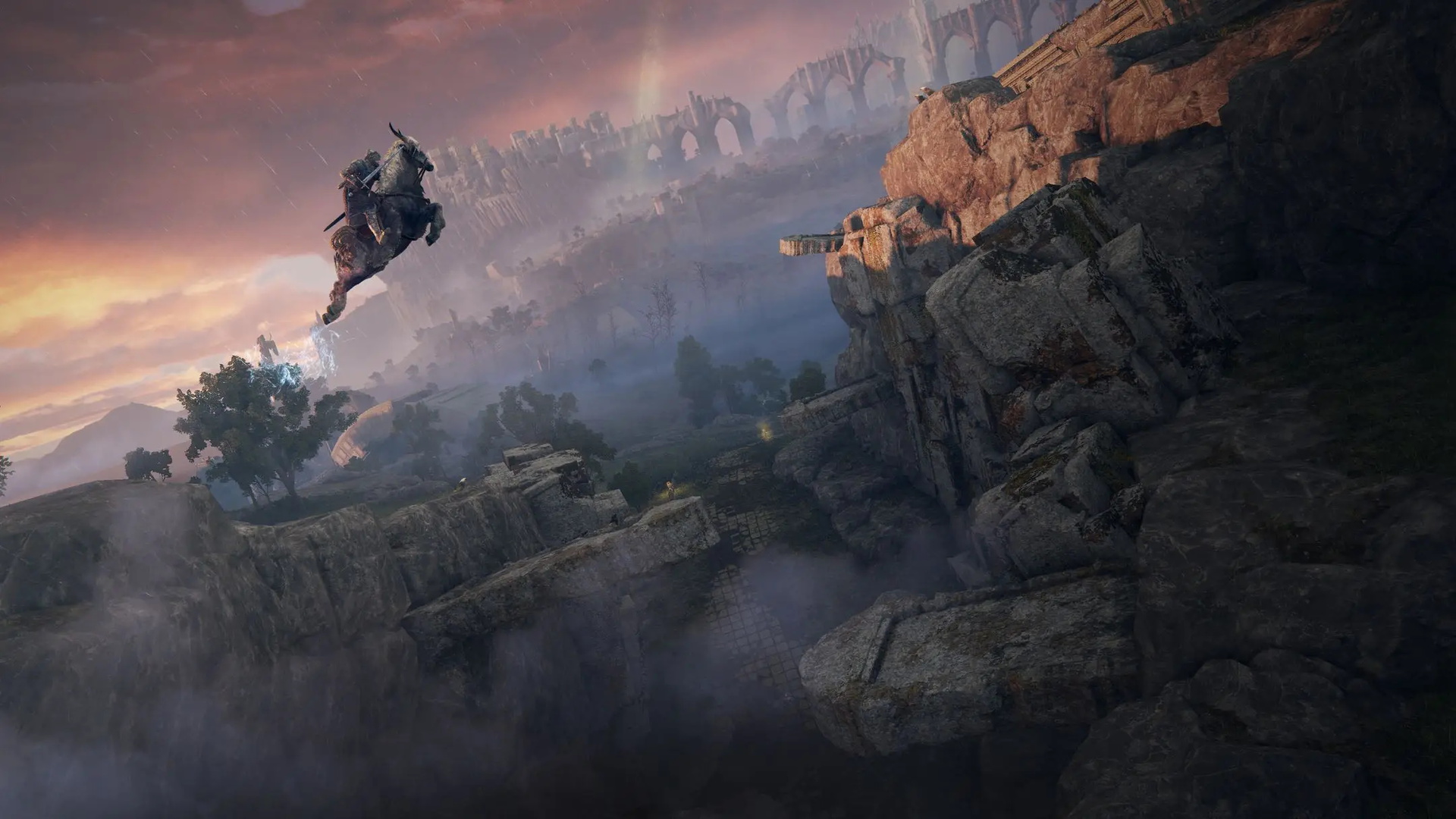 The world’s premier game event, E3 2021 has finally come and gone. This year’s edition was all-digital, but that doesn’t mean it wasn’t chock-full of exciting new game trailers and hardware..... 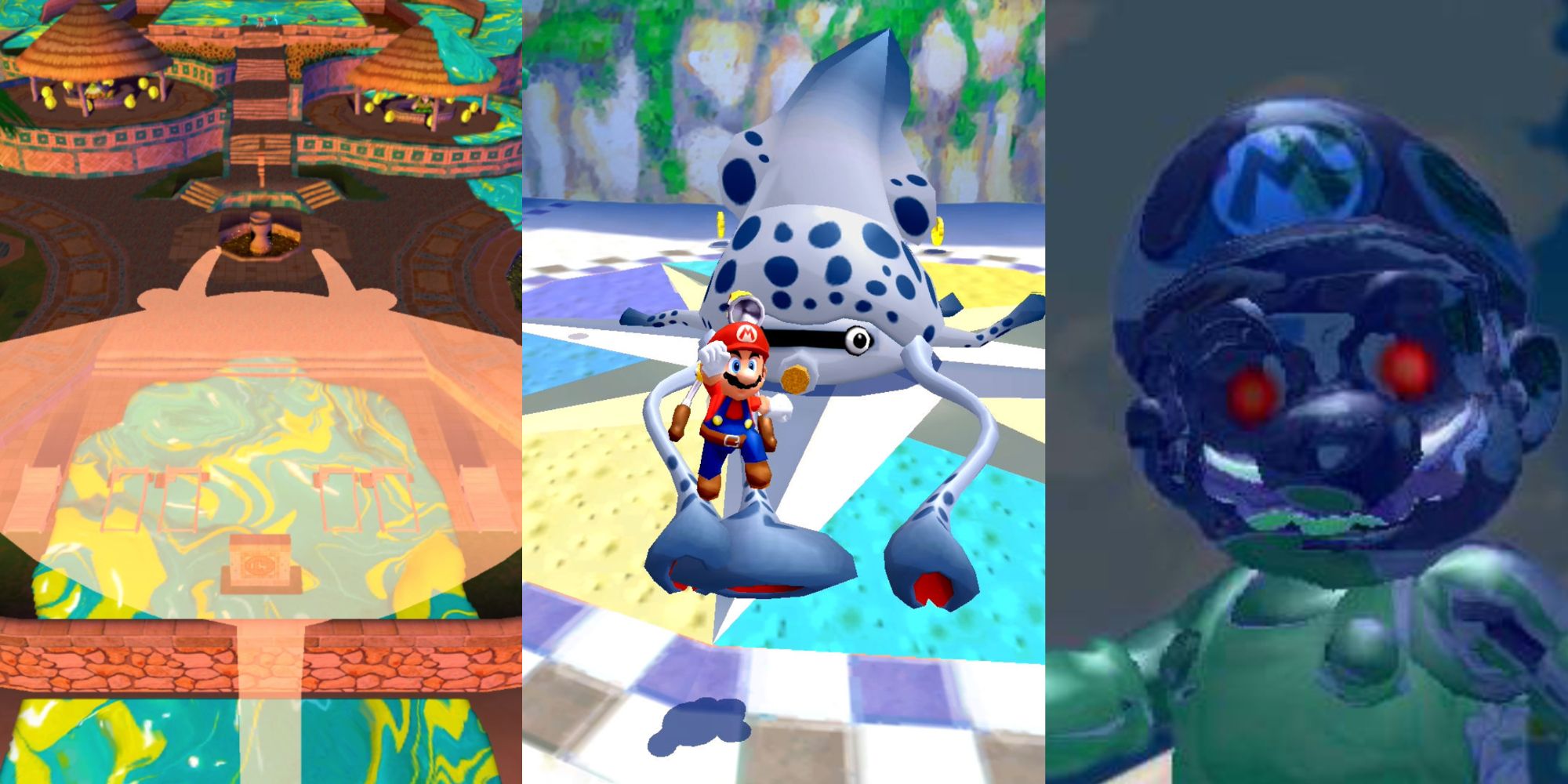 Super Mario Sunshine brings Mario to the beautiful island of Delfino for some well-deserved relaxation, but Bowser and his cronies have more than just a few tricks up their sleeves to....