10 Best Pieces Of Fighting Game Cover Art Of All Time 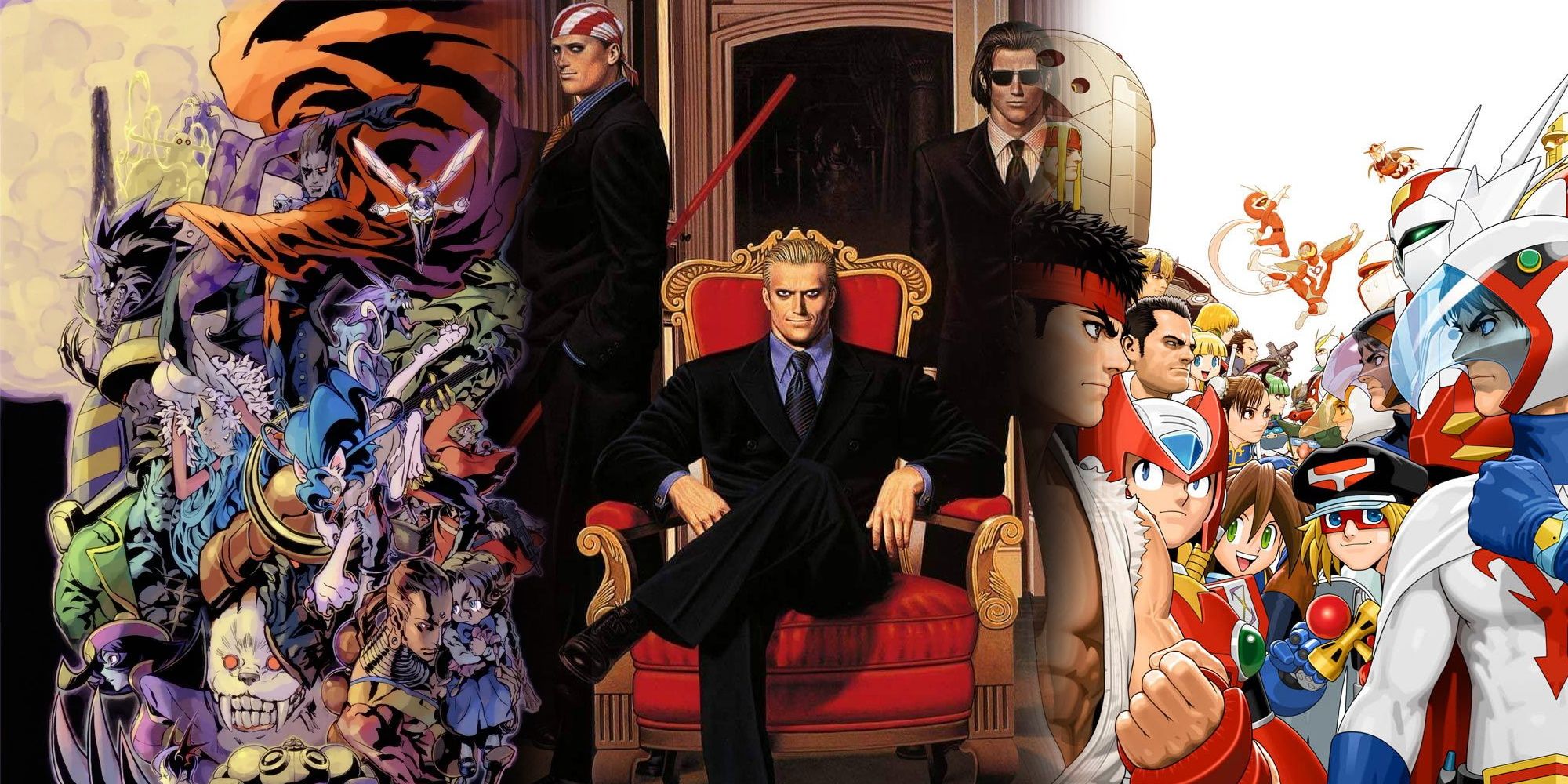 You may feel like it is impossible to rank the best fighting game box art. Sure there are too many of them. You can’t possibly determine the best, right? Sure you can! And that is why we were brought in. These magnificent covers are going to face off against each other here, and there can only be one king!

Related: Underrated Fighting Games On PS2We have combed through every piece of cover art we could find, we compared each regional variant, and we narrowed it all down to these ten titles. We wanted there to be a healthy amount of variety, so we will only be featuring one title from each franchise. Of course, this is a tough cookie to crack, but we feel like we have a pretty refined list that features some of the best covers to ever grace a fighting game!

With most fighting game box art, you tend to see a lot of action. It is pretty common for them to flood the art with characters as well. And hey, we think some of those covers are the best in the genre, but there is something to be said for the minimalistic approach of the dragon insignia that is featured on the Mortal Kombat box. This is a visual motif they carried forward throughout the golden era of the franchise.

The modern covers tend to place Scorpion or Subzero; sometimes both of them are present. But while we get it, we miss the dragon, and we honestly think it was the best look the series ever had.

On some level, this feels like cheating. Of course, JoJo’s Bizarre Adventure is going to have excellent cover art! It is already a beautifully drawn manga series, so it isn’t like they don’t already have gorgeous reference material to pull from. Well, you would think so, but that hasn’t stopped the millions of Dragon Ball Z fighting games from having utterly unremarkable box art.

What we love is how JoJo’s Bizarre adventure lets the art breathe. The title of the game is tucked in the corner, which allows the art to fill the rest of the cover. Beyond that, it is the classic Hirohiko Araki art we all know and love. All the protagonists are doing what JoJo’s characters do best: dramatically posing. It’s a great cover that manages to not get in its own way.

Samurai Shodown is a series that has some really excellent art associated with it. Said art is all very stoic, and a number of the covers are drawn in a style that looks hyper-realistic. That aesthetic matches those games perfectly. But, naturally, Samurai Shodown needed to change for the Neo Geo Pocket iterations. And change it did! The sprites are now chibi, and the games toned down the more violent components.

SNK made the excellent decision to ensure that the game’s cover matched the game’s aesthetic. So, we now get adorable, chibi representations of the iconic characters, and in sharp contrast to the heavily detailed paintings of the mainline titles, this cover has been colored using watercolors. The box art here tells you everything you need to know about the Neo Geo Pocket version of Samurai Shodown 2. It establishes the mood. It is also super adorable.

We want to give a shoutout to Pocket Fighter. It took a similar approach and the end result was equally fantastic!

If Persona has a game in your genre of choice, then chances are that it is going to have one of the better box arts. Let’s face it: Persona has a ton of style. This cover is no exception. However, there is an element here that does deviate from the formula pretty radically. Ultimax isn’t afraid to get a little silly.

Sure, we get the whole cast posing for the camera in the background, but who is smack dab in the middle? A shirtless Yu wearing a giant championship belt. It is silly, it is schlocky, and it is super fun! Of course, the art itself is beautiful, but the best part for us is just how lighthearted it is.

The Japanese cover for Rival Schools provides us with a collage-style of box art. These are pretty common when it comes to the fighting game genre. Which makes sense, as these games are character driven. However, what Rival Schools does differently is how it implements the cast.

Batsu takes up about half of the cover, but then, on the left side, we get a whole host of action poses. On the bottom right, the Gedo High students are shrouded in darkness. And then we have a number of profile shots for some of the more important supporting characters. It is a feast for the eyes. At glance, it is so well composed that it instantly works, but the more you look at it the more it unfolds. It is just a fantastic cover!

Tatsunoko Vs. Capcom is easily Capcom’s most off-beat versus fighting game. Of course, most people born in the west are at a loss when it comes to the colorful world of Tatsunoko. Their best frame of reference is The Power Rangers, and that will get you most of the way to understanding, but it doesn’t stop it from feeling like a deeply strange mashup of characters.

However, you don’t need to be a huge Tatsunoko fan to appreciate how visually interesting these characters are. Sure it starts off normal enough with the guy who looks a little like Ryu wearing an odd biker helmet and a cape, but then your eyes shift downward a degree, and you see a character that looks like a horrifying rendition of Luigi. The diversity in the roster instantly makes this cover memorable. But beyond that, the faceoff theme is just beautifully rendered here. The density of the image is impressive. Overall, it is a fun, stylish example of Shinkiro’s immense talent as an artist.

Nearly every single fighting game cover has one thing in common: they place their protagonist front and center. And hey, that makes sense! What better place for the face of your series than on the box, right? Well, Real Bout took a completely different approach. Instead of putting the protagonists on display, it put the game’s villain front and center.

Related: Fighting Game Boss Characters We Wish We Could Unlock

Geese is staring directly at you from this throne. Challenging you. Even if you have never heard of this “Fatal Fury” franchise, one glance at this cover tells you everything you need to know. This guy is a jerk, and he needs to eat a knuckle sandwich. Of all the covers, in all the fighting games, this one feels the most like a direct challenge.​​​​​​​

Pillar to post, across every region, the Darkstalkers games have excellent cover art. We honestly think that it may be the series with the most consistently fantastic art in the genre. But for our money, Darkstalkers Chronicle for the PSP is the best of the best. All of the characters are drawn with thick, black lines, giving the cover a Mike Mignola-esque flavor, and emphasizing the shadows that feature so prominently here.

And unlike most covers that opt for this collage style of art, no one character feels like they are being given the center stage. This is sensible, as Darkstalkers has such a strong cast of characters that they all deserve to share the spotlight. This cover is beautifully dark and moody; it fits the game perfectly.

Oddly enough, despite being the most stylish fighting game franchise on the planet, most of the Guilty Gear covers are just okay. It is a lot of Sol and Ky facing off against each other. Not that there is anything wrong with that, they just don’t blow us away. The absurdly named Guilty Gear XX #Reload, on the other hand, is a little more interesting.

It features the cover boys again (naturally), but now we have a larger-than-life version of Robo-Ky reaching out from the background. As if he is going to crush the beautiful boys in the palm of his hand. Robo-Ky exists more as a beloved silly character in the franchise at this point, but this cover makes him look like a threat! It is fantastically evocative and easily the best Guilty Gear cover!

Yes, it has a familiar layout. It is another composite piece that features the cast of characters, but the heavy red tinge, and softened blues, make Ryu pop. Beyond that, every character present feels like they are in line with their character traits. Karen looks suitably arrogant, Cody looks like he is mugging for the camera, exemplifying his devil-may-care attitude, T. Hawk is looking stoic as ever. Everyone is just so beautifully well-realized. With a color scheme that pops, and an endless wealth of character, it is hard to imagine a better cover. It is perfect.

Next: The Best Pieces Of RPG Cover Art Of All Time 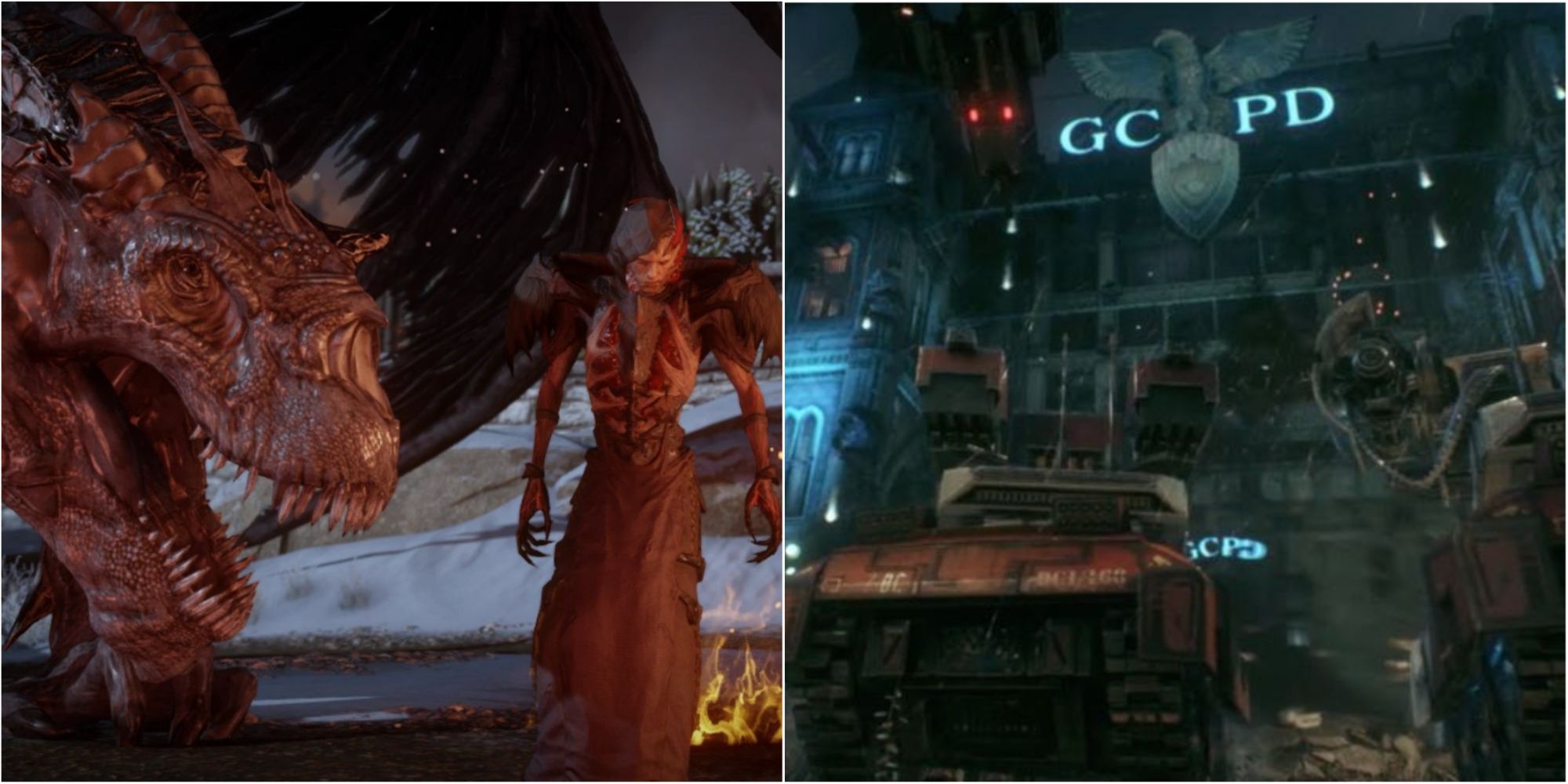 In many video games, most locations you visit are very dangerous because they often contain hostile humans, animals, or creatures. This is why safehouses exist, as they give you a nice.... 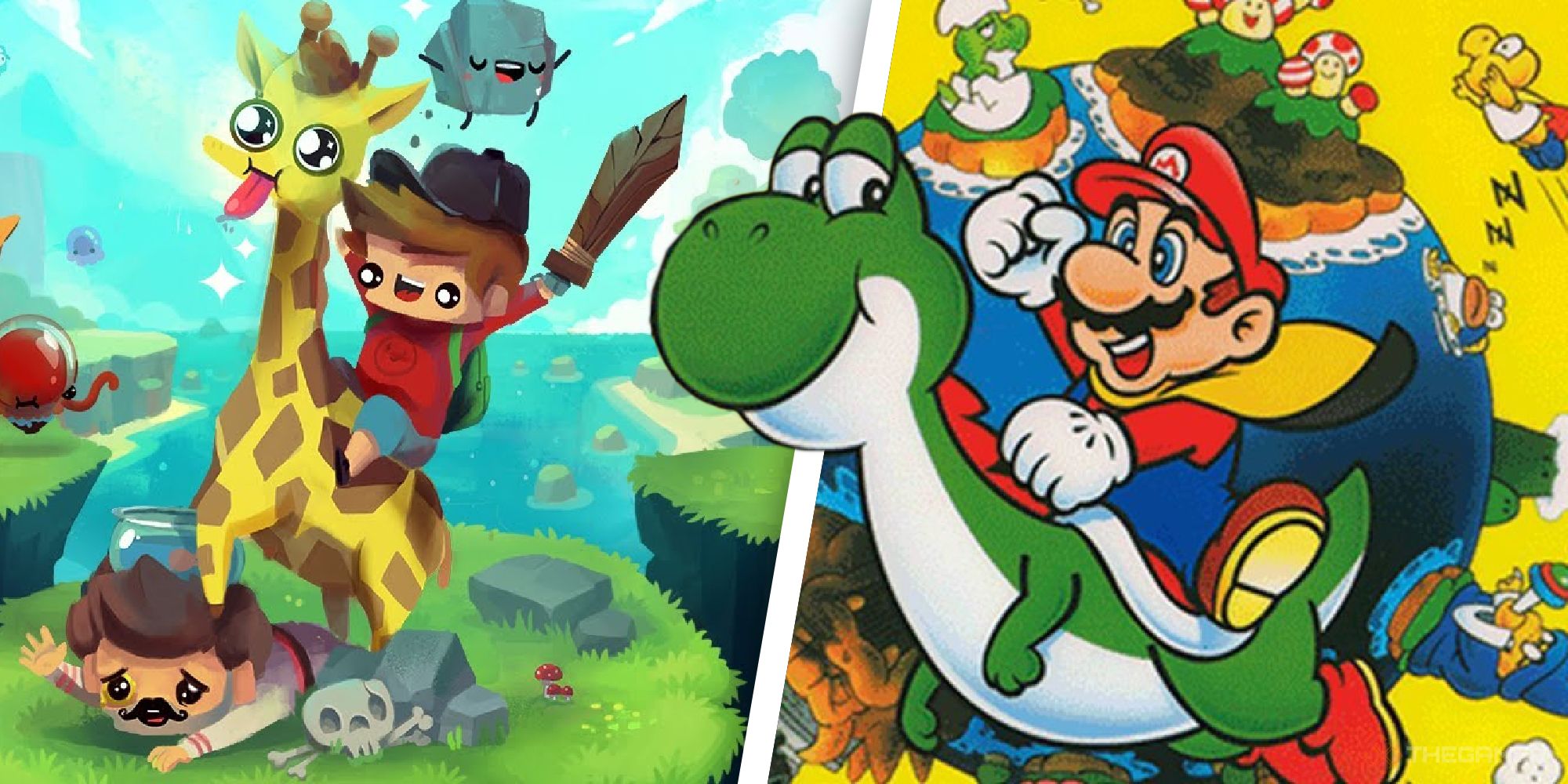 One of the very best and easiest to get into gaming genres is the platformer, specifically, 2D platformers. This area of gaming has been around since the early days with the.... 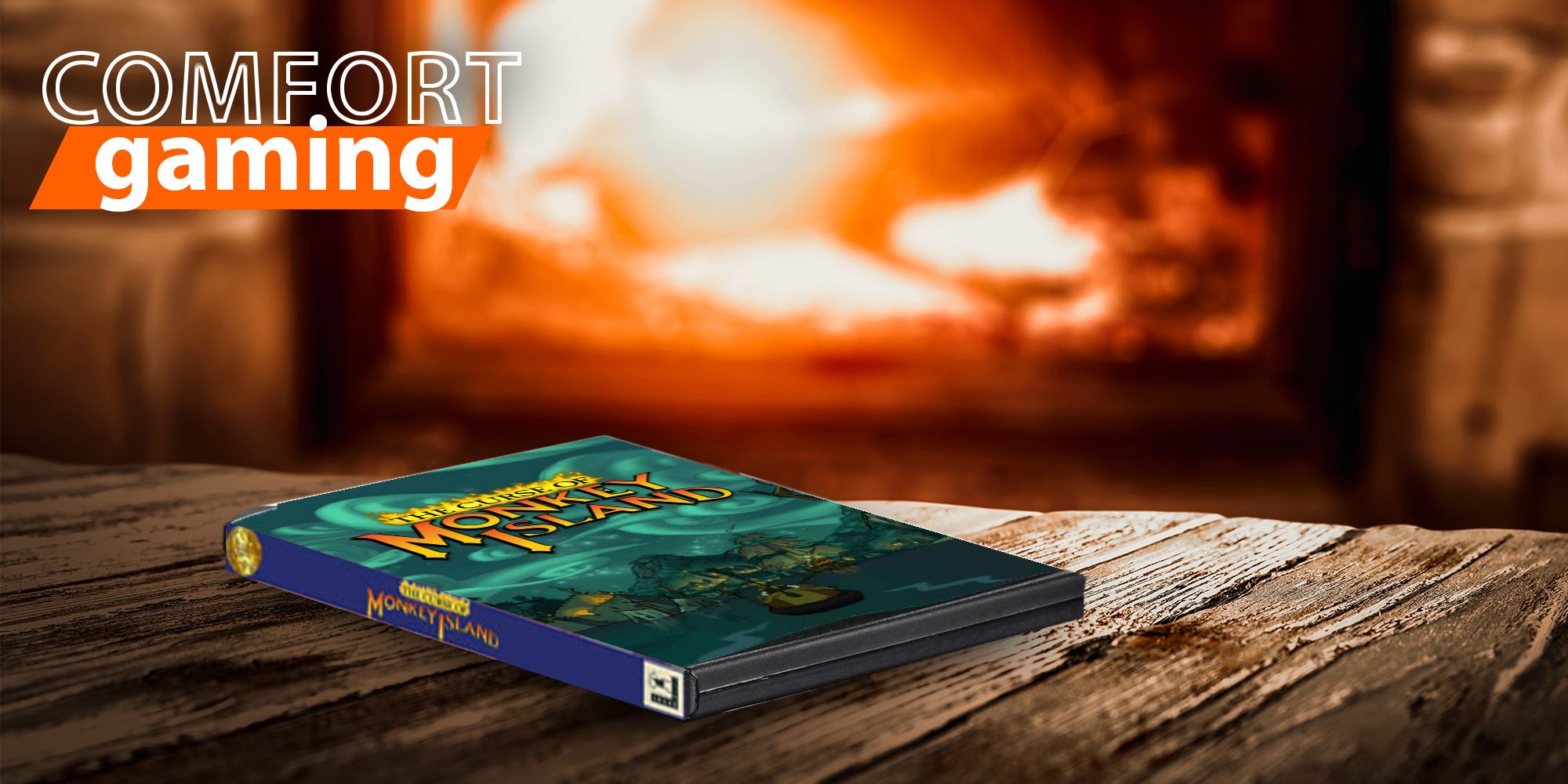 The Psychology Behind Nostalgic Gaming

The Psychology Behind Nostalgic Gaming

Good old comfort gaming. We all do it. We look at our immense backlogs, the reams of indie classics waiting to be discovered and triple-A titans determined to demand our free....